The stock market has been pushing on the Federal Reserve to recognize the inflation going on behind the scenes. After the minutes came out on Wednesday, the subsequent discussion was centered on the inflation that is building under the surface.

I think it is important to remember that the Fed also told us they want to rebuild long-term inflation in 2020 and in 2021. As the interest rates continue to bounce along the zero line across the globe, the Fed has mentioned that this is a problem. One way to address that would be to push/allow inflation to run hotter than a central bank would normally want. I think at one point Jay Powell mentioned well above 2%. By letting the rate of change for inflation run higher, the goal is to change the long-term trajectory of interest rates. This downtrend is an ominous problem, as the zero line is so close. 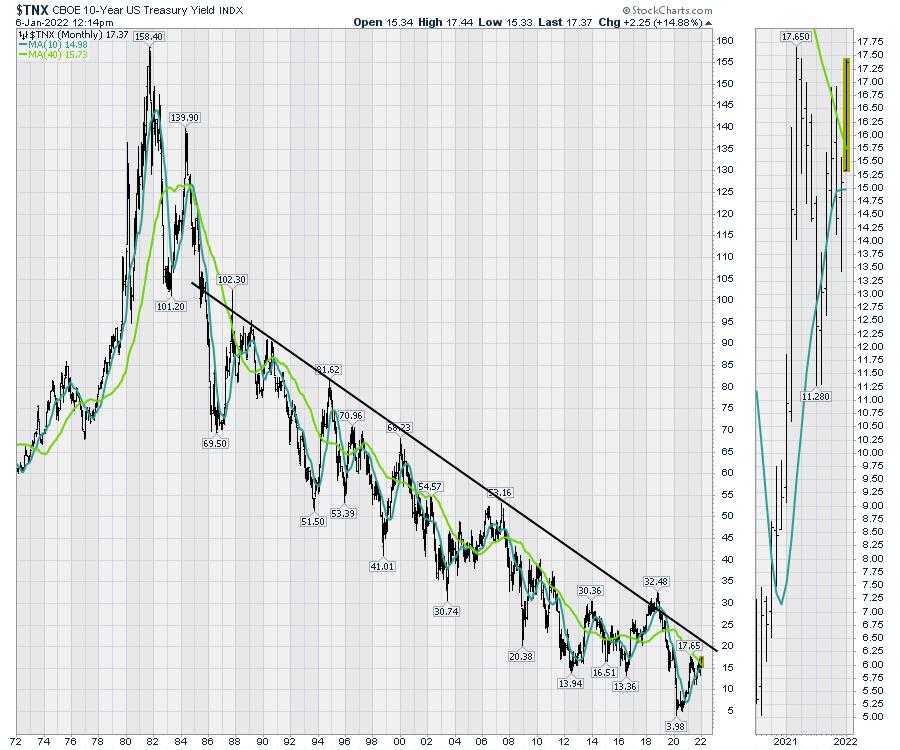 While investors will need to deal with the new focus by the Fed, the Fed still wants to make sure it does not let inflation run too hot. So it's the Goldilocks and the Three Bears story. Not too hot, not too cold, but just right to reverse the long-term down trend in interest rates.

On the chart below, the ten-year moving above 1.77% would put us at new 52-week highs. The second major hurdle would be the 1.97% level back in 2019. We have exceeded the highs of the 4th quarter 2021; this means something to technicians. First of all, we have a series of higher highs and higher lows off the 11.28 low in July. That is the definition of an uptrend. The price action this week moved above the prior high, which was 16.93, so now we have both a higher low and a higher high. 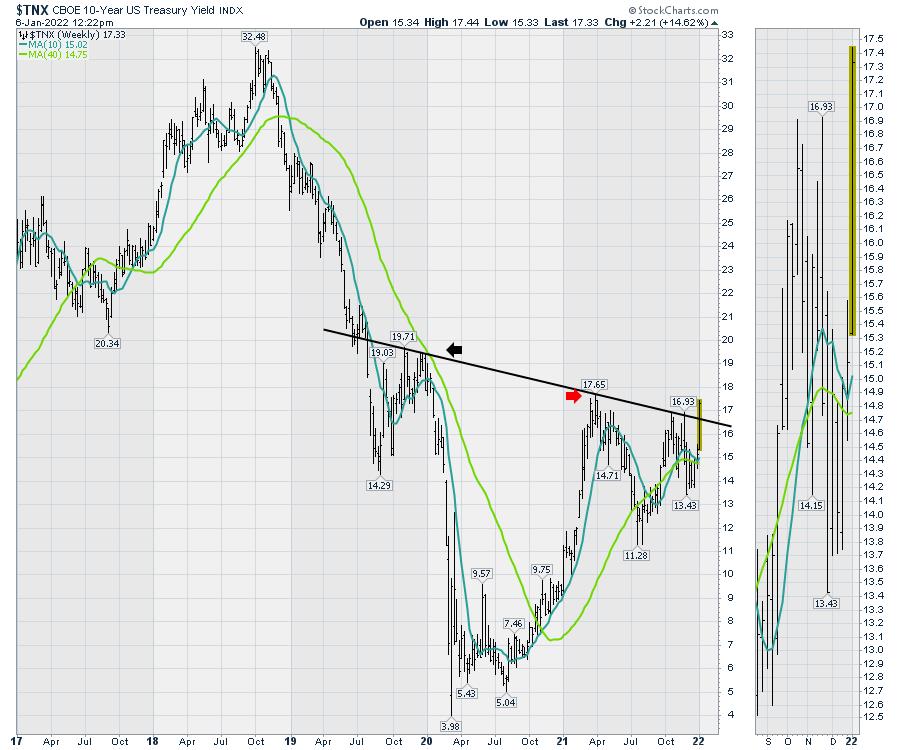 The last chart shows the daily chart of bond yields. When we look at this chart starting the year with a breakout, it does look pretty significant. It is violating a two-year trend line, which suggests former resistance will now become support. Obviously, yields are going to oscillate and work their way higher as the Fed encourages it, but it's not a straight line. The market absorbs these rate changes, but it is more likely that we swing back and forth between growth and value investing as we work through this change. 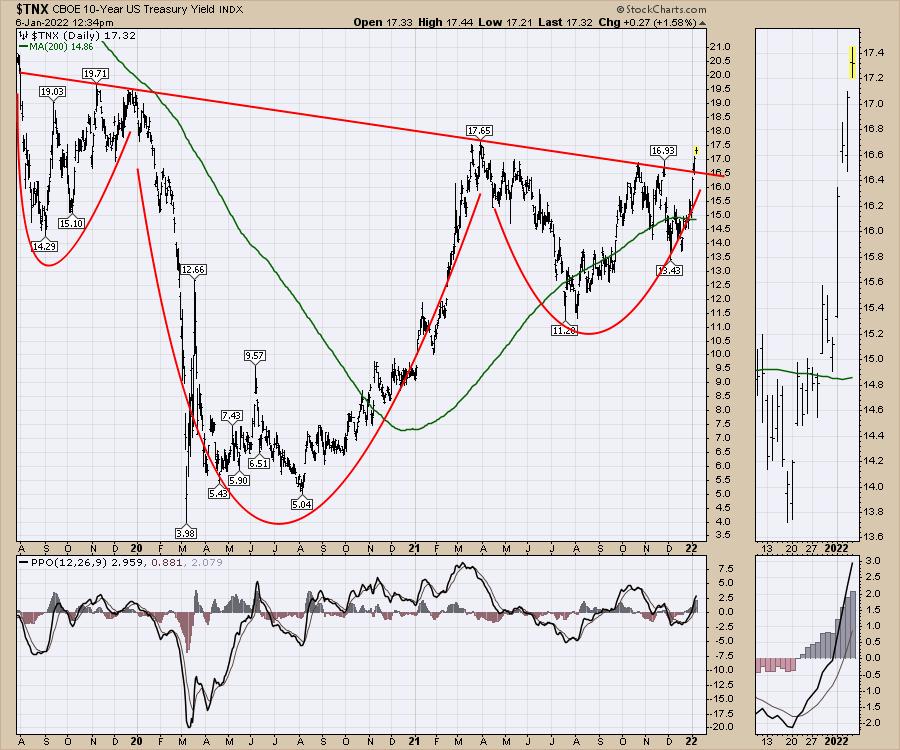 As the market starts to accept higher yields, we'll probably find a change in how the market prices cyclical and growth stocks. This change is very important for long-term directional awareness. The valuations on cyclical stocks like oil and gas have been low, but the companies are building mountains of profits. The sea of liquidity provided by the Fed and the central banks around the world has been an important backdrop to rising asset prices. We also have the sea of liquidity by the governments who want to be reelected. This has also helped raise asset prices.

But now the Fed and central banks around the world are tightening liquidity, so this is one area to expect a market bear to get a little courage. As the governments around the world discontinue their easy money policies to keep the economy active, we have another bear in the air. When we add the inflationary forces, we get a third bear that can slow the markets.

All this makes the work of the Fed trying to get the porridge just right. No doubt, the market will swing from side to side evaluating their actions. 2022 looks set to be harder than 2021 as the bond yields move above these new levels with the subtle encouragement of the Fed.