For an idea of how a FUTURE trend reversal might look, traders may wish to focus on the August low and think inverted.

Why two moves? The advance over the last few weeks was quite strong and needs some time to unwind. Buying pressure is unlikely to dry up over night, just as selling pressure did not dry up after the July bounce. The first dip will entice buyers and this usually causes another run at resistance. It is the second decline that traders should watch. For now, the trend remains firmly bullish and this is just food for though on the future. 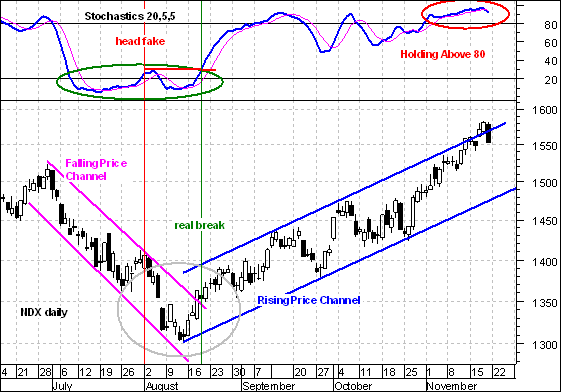