Don't look now, but the airlines have found their wings. After drifting lower for the better part of 7-8 years, something strange has happened. Could it be? Yes, airlines are breaking out! I know it sounds impossible, but airlines for the first time in nearly a decade have become an attractive investment. Take a look at Chart 1 and you'll see that the multiple tops just above 56 were taken out in mid-November. Since that time, we've seen a nice retest of the breakout level and a reset of the momentum oscillators. The MACD came all the way back down to touch its zero line, or centerline. RSI and Stochastics, both overbought after the breakout, reset into neutral territory during the retracement period. 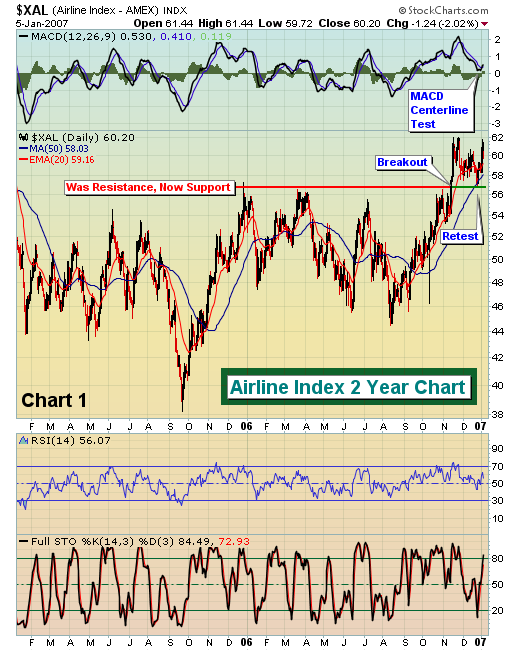 The sector has worked through mountainous debt and excess capacity and now actually appears to be in a position to raise prices in 2007. Combine that with potentially lower oil prices in 2007 and you can see why smart money seems to be rotating into the group. In Chart 2, check out the breakdown in crude oil. First, we saw the long-term trendline break late in the third quarter, coincidentally just before airlines broke out. Second, we've seen a head and shoulder top form on the crude oil chart with the neckline failing to hold support this week as crude oil saw its largest two day drop in more than two years. 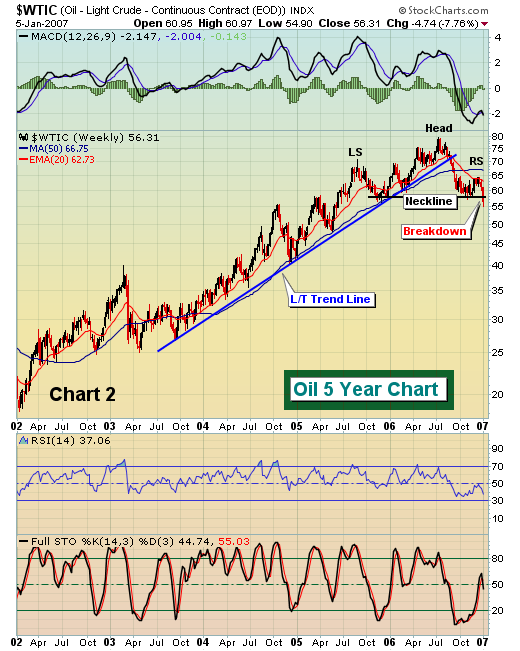 For the first time since 1998, airlines may have earned a trip into your portfolio. Happy trading!