The troops are mustered. The swords are out. The orders have been posted. The pieces are in place. The die has been cast. (The metaphors are getting lame.

) However you want to say it, the battle line for the Bulls and the Bears has been drawn. Can you spot it on this Dow chart? 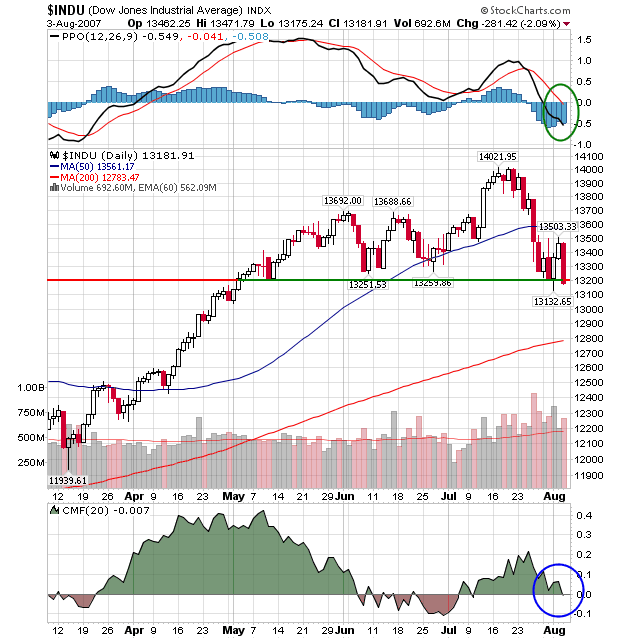 Going back to early May. That is the major support level for the Dow. It was sorely tested last week and was broken on Friday. Will it bounce back this coming week? With the MACD clearly negative and the Chaikin Money Flow crossing below zero right now, things don't look promising. At the risk of abusing yet another metaphor, in the coming days astute ChartWatchers should be treated to all out war between the Bulls and the Bears.