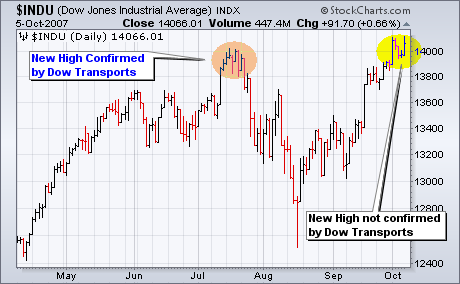 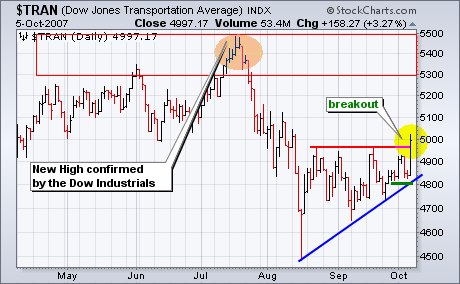 Turning to the price chart for the Dow Transports, you can see that this key average broke above the August-September highs with a big surge on Friday. This breakout is significant because the Transports were showing relative weakness. The breakout is the first step to challenging the July high and confirming the Dow Industrials. At this point, the trend is up for the Dow Transports and I expect a move towards 5300-5500 as long as key support at 4800 holds.