Throughout the market problems of the first quarter, stocks tied to basic materials have been the top performing sector. That's also been true over the last week. The chart below shows the Materials SPDR (XLB) trading over 43 today for the first time this year. That puts in in striking distance of its fourth quarter highs. The rising relative strength line below the chart shows the group's superior performance since last autumn. Three of the top performing stocks in the XLB are Alcoa, Freeport McMoran Copper & Gold, and U.S Steel. 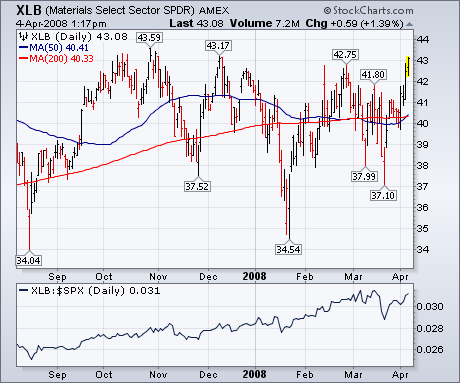 One of the top performers in the Oil Services Holders is Rowan Companies (RDC). The chart below shows the stock breaking out to the highest level since last July. Its relative strength ratio is doing the same. Beneath it, is a chart of ESV. It shows Ensco Intl already nearing a test of last summer's highs. Its relative strength ratio is in a strong uptrend. The strongest chart of all may belong to Halliburton (HAL). It shows that oil service leader nearing a challenge of its 2006 and 2007 highs in what appears to be a two-year "ascending triangle". (An ascending triangle is defined by two converging trend lines with a flat upper line and rising lower line. It's a bullish pattern.) A number of readers have asked where to start putting new money to work in the stock market. At the moment, two good choices seem to be basic material and energy stocks. 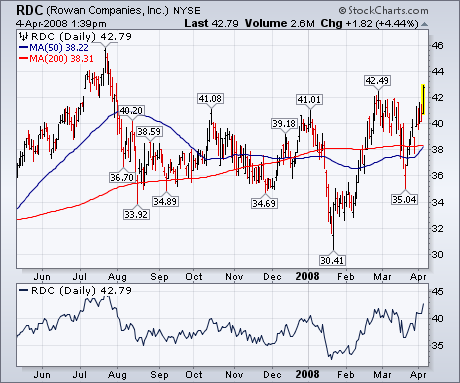 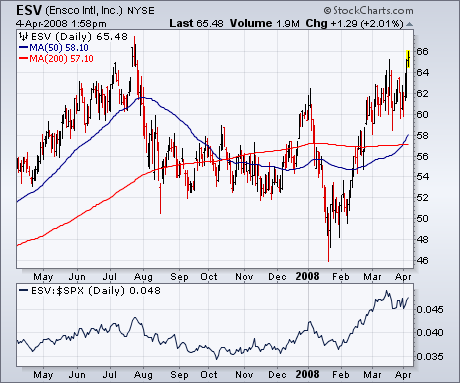 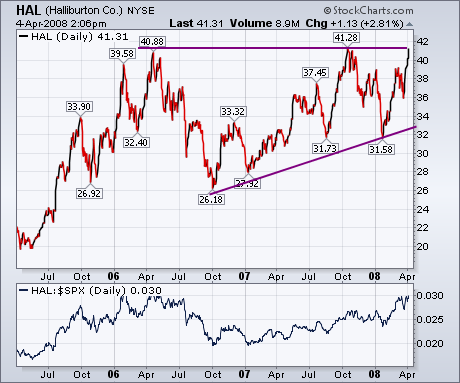