On Monday, I wrote about three foreign stock markets that were at or close to new record highs. Those three markets are Brazil, Canada, and Russia. What all three have in common was that they are producers and exporters of commodities. By the end of the week, all three markets had hit new records. Chart 1 and 2 show Brazil iShares (EWZ) and the Market Vectors Russia ETF (RSX) hitting new highs. Both cash indexes have done the same. Chart 3 shows the Toronto Composite Index (TSE) hitting a new record high as well. Canada iShares (bottom of Chart 3) have not reached new highs yet. As I explained on Monday, a flat Canadian Dollar is causing the iShares to lag behind Canadian stocks. Not surprisingly, the top sector in the Canadian market is basic materials. That's also true in the U.S. as commodity markets have a strong day. 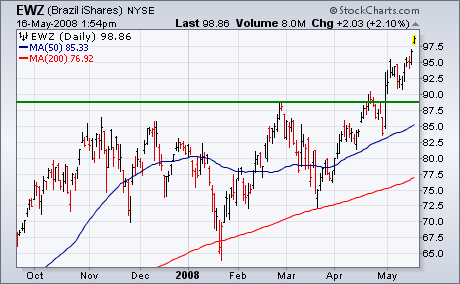 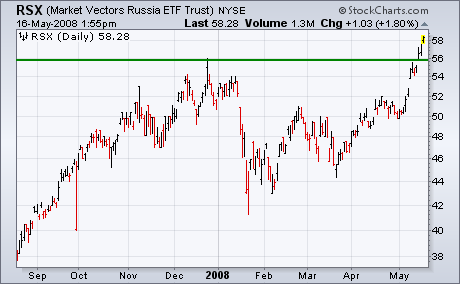 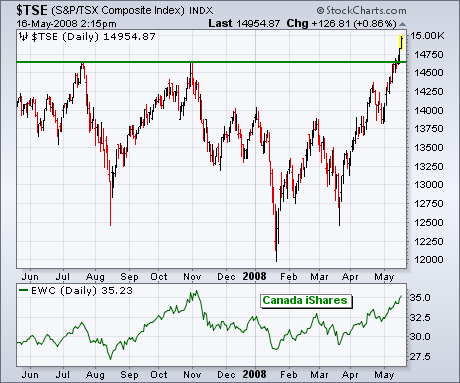