After dropping briefly to the lowest level since March 2003, the S&P 500 achieved an upside reversal day (as did all of the other major indexes) that resulted in a 6% gain. It also did that on the highest volume in weeks. The fact that the S&P touched a new low before rallying is especially impressive (Chart 1). The Nasdaq did the same (Chart 2). The Dow Industrials bounced off psychological support near 8000. The rally was aided by short-term positive divergences in both the daily RSI and MACD lines. Although all market groups participated, the biggest gains were seen in consumer discretionary, financials,REITS, and small caps. Commodity stocks also rallied strongly. Gold and energy stocks gained 12%. The commodity bounce was aided by stronger stocks and a weaker dollar. Many commodity markets were closed during the late stock rally and will probably see more buying tomorrow. Bond prices sold off as stocks rallied. 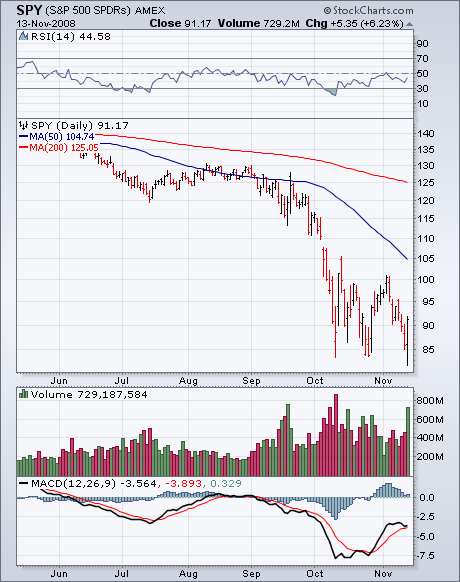 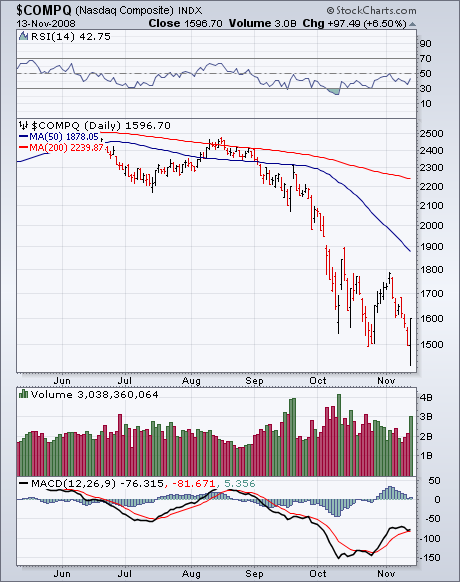