As you can see, the long-term trend in the dollar is down. Unless the dollar can pierce through the 92-93 area, the intermediate-term trend is down as well. Only the near-term chart shows any positive action on the dollar. And that rally is suspect technically as shown below: 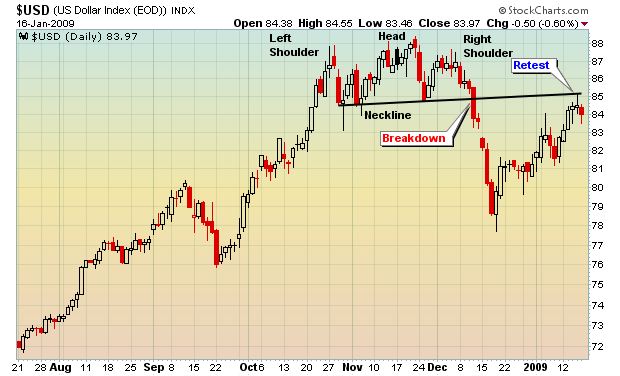 A bearish head and shoulders pattern formed from October through December and broke down below the neckline with force. Should the dollar fail to navigate the near-term resistance (retest of neckline) and the longer-term trend resumes to the downside, gold is likely to be a primary beneficiary. Gold is one commodity whose long-term uptrend remains intact because of the long-term downtrend in the dollar. Take a glimpse at the long-term chart on gold: 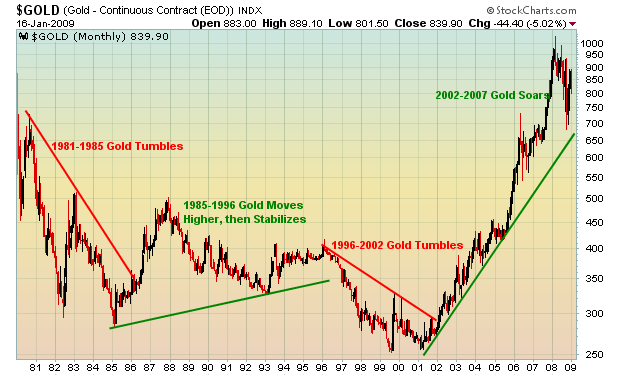 The dollar and gold have an inverse relationship that's quite evident when you compare the two charts. During periods of dollar strength, gold weakens. However, dollar weakness leads to gold strength. So the question remains: What happens to the dollar as a result of the massive government bailout and the economic stimulus package? Answer that question correctly and you profit. It's as simple as that.