The market performance the last two weeks was very impressive.  Was it simply a sequel to the bounces we saw in October and November?  That is certainly a possibility, but we saw a few sparks in this rally.  For instance, the volume that exploded in financials must be respected.  Perhaps more important, however, was the relative breakout in financials as shown below: 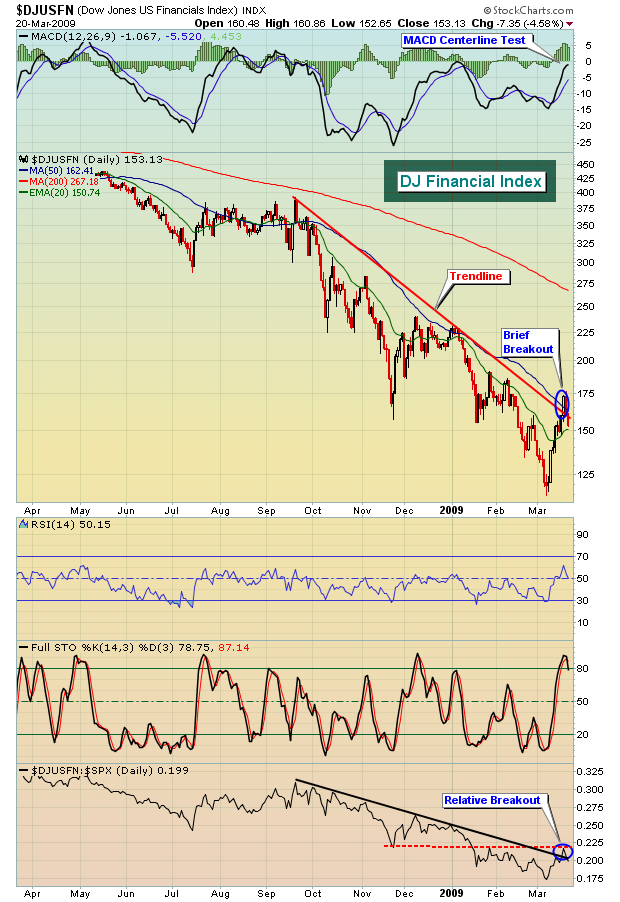 On the surface, the annihilation of financials on Thursday and Friday seemed to potentially crash the party.  I'd like to point out, however, that option expiration likely played a significant role there.  Let me give you a perfect example - Bank of America (BAC).  At Thursday's early morning high, BAC traded at 8.57.  There were hundreds of thousands of in-the-money calls ranging from strike prices at $3 all the way up to $8.  There were nearly ZERO in-the-money put options.  That left BAC quite vulnerable to downside action on Thursday and Friday and that's exactly what we saw - downside action.  BAC fell nearly 30% from Thursday morning's high to Friday's close, erasing $MILLIONS in net call premium.

Use this as a lesson.  If you're considering buying a stock during options expiration week, check out the underlying option activity.  Specifically, look to see how many in-the-money calls vs. in-the-money puts there are before taking a position.  More often than not, it will save you or make you money.

It was probably more than coincidental that Citigroup (C) didn't participate in Friday's financial selloff, instead gaining two pennies.  Max pain (the price at which in-the-money calls equal in-the-money puts) was situated between $2.50 and $3.00 and there were a TON of in-the-money calls at $2.50 to offset in-the-money puts at higher strike prices.  So it closed above the $2.50 level.  Coincidence?  You be the judge.

In addition to financials beginning to show relative strength, semiconductors also joined the fray.  In fact, we've seen semiconductors outperforming the S&P 500 since early December.  Check out the chart below: 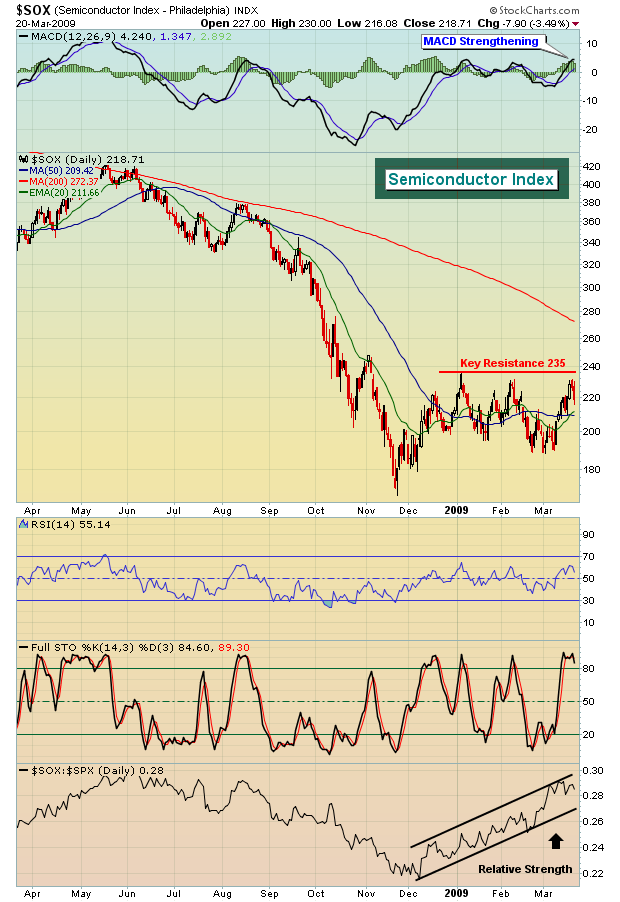 Financials and technology (especially semiconductors) are two key components in any new bull market emerging.  Early signs are pointing to a possible reversal in market strategy.  For the last several months, it's been clear that the bear market was raging on.  While it's important to note that the end of the bear market has not yet been confirmed, the possibility is definitely growing.