Last Friday I said we should be looking for a short-correction because the CVI (Climactic Volume Oscillator) was very overbought, and prices were approaching overhead resistance. There was a very small correction, but prices kept moving higher, while the CVI zigzagged at overbought levels. We also observed the STVO (Short-Term Volume Oscillator) move down from overbought to neutral. This is the kind of thing that happens in bull markets, and bear market rallys. There is no guarantee that this bullish behavior will continue, but I suspect that it will. 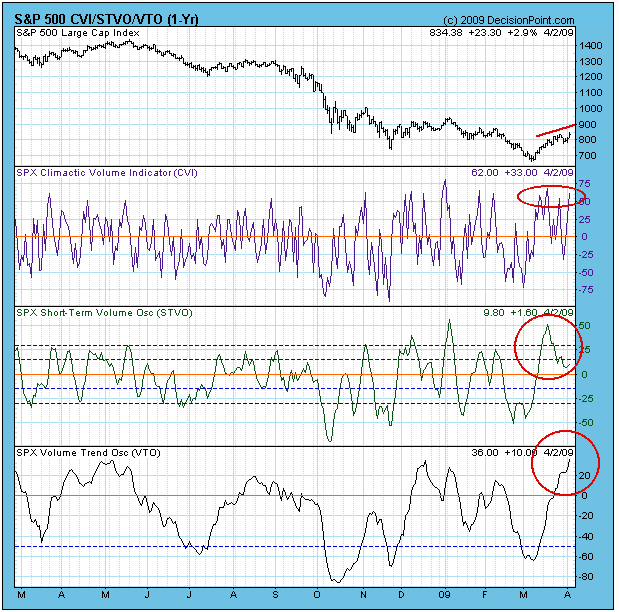 Now medium-term indicators are reaching overbought levels -- see the VTO above and the intermediate-term breadth and volume indicators below. Clearing this overbought condition will be more difficult than the short-term clearing was. 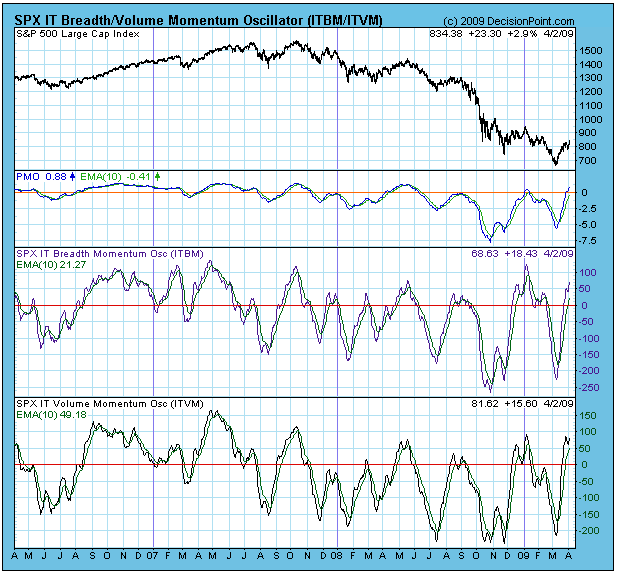 Further complicating the issue is the overhead resistance. The market has reached the resistance line at the same time that internals have become overbought. A breakout at this time would be a very bullish sign; however, a real pullback, allowing the buildup of some internal compression would not necessarily be a bad thing. 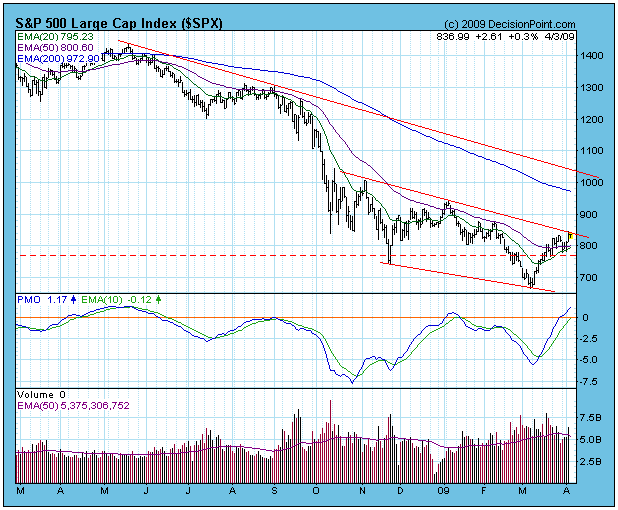 Bottom Line: The market has been behaving in a positive manner ever since it rallied off the March lows. Of course it is possible that the bullish phase will suddenly fade, but for now I think we are experiencing a bear market rally that could move the S&P 500 up to the area of 1000.