I am undeniably bullish right now.  My only question at this point is whether this is a very significant bear market rally or the early legs of a new bull market.  Believe it or not, I think it's the latter.  As pointed out in my last article, this rally is being fueled by two very influential groups - financials and semiconductors.  Wide participation in any short-term rally is necessary to justify any bull market call.  We are definitely seeing wide participation on this rally.  Breadth has routinely been 3 to 1 or 4 to 1 in favor of advancers on the NYSE and NASDAQ, and at times has grown to a 10 to 1 thrashing of the bears and beyond.  The S&P 500 followed the lead of the NASDAQ recently, soaring above its 50 day SMA on heavy volume, retracing to retest it on lighter volume, then surging to a new high.  The summer of 2007 was the last time that the S&P 500 was able to perform like that.  Look at the recent strength of the S&P 500 below: 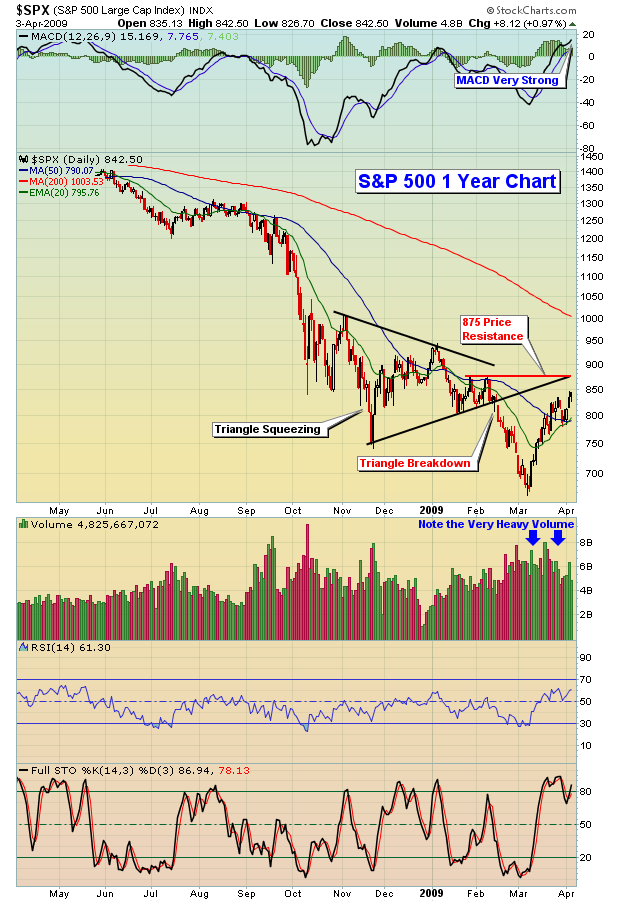 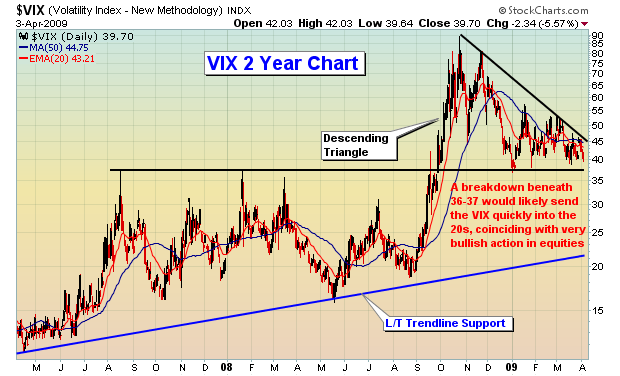 The relationship between the VIX and the current bear market is strikingly similar to the relationship between the VIX and the bear market of 2000-2002.  There were double tops, lower VIX readings on bear market lows, even descending triangles that, in the case of 2002, broke down and sent the market soaring.  I'm waiting for that breakdown to occur.  I'm convinced it's going to happen.  When it does, the next wave of buying will swamp the last one.  Click here to watch my video presentation, describing the reasons why I believe this bear market has ended.  The trading opportunities that are staring us in the face right now are astounding.

One word of caution:  The bullishness of late may require a price to be paid during options expiration week.  The number of call options bought in the last 4 weeks is absolutely staggering.  So enjoy this week while it lasts because tons of in-the-money calls may force a sudden drop in the major indices as we approach options expiration.