For weeks we have been looking for a correction, and a time or two we experienced some trepidation that the bull market might be over, but all the market has done is produce a series of minor pullbacks. At the present it is trying to break out of a rising wedge formation, the opposite of what we normally expect with a bearish formation. This kind of behavior continues to supply us with evidence that bull market rules still apply. That means that we should continue to expect bullish resolutions rather than bearish ones. 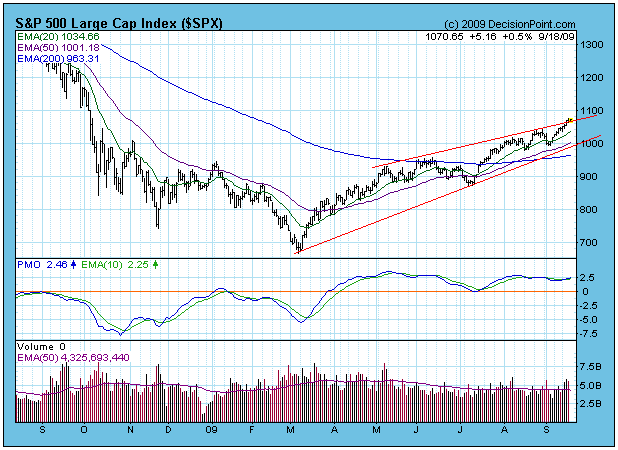 Market internals have continued to remain overbought. For example, the PMO (Price Momentum Oscillator) on the above chart is near the top of its normal range. On the chart below we see three indicators representing the ultra-short-, short- and medium-term time frames. You can see how they have all reached overbought levels and topped. In a neutral or negative market, this would present a great sell signal, but you can also see how twice before these conditions failed to produce any serious decline. Perhaps the third time is charmed? 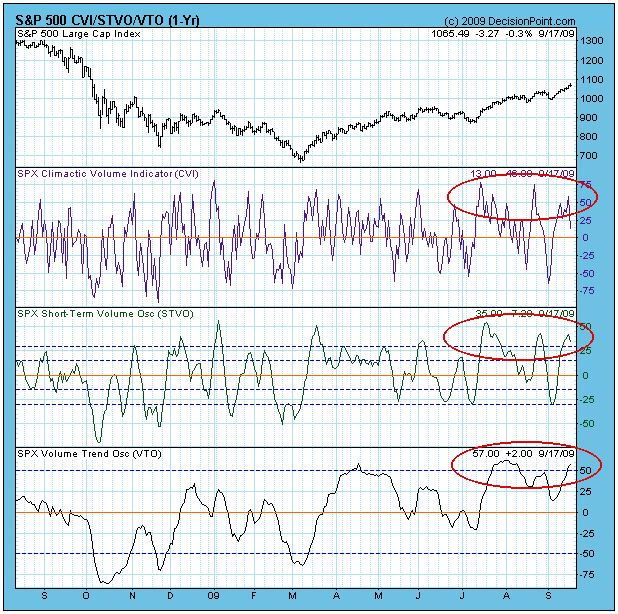 Bottom Line: Many market indicators are overbought and topping, presenting us with yet another setup for a correction, but bull market rules say we shouldn't count on it. A small pullback is more likely. To be sure, our bullish assumptions will ultimately prove wrong when the final top of this rally arrives, but our trend following models keep us from pulling the trigger prematurely. We remain on a 3/17/2009 medium-term buy signal for the S&P 500.