A GUIDE TO THE STOCKCHARTS SOCIAL SCENE 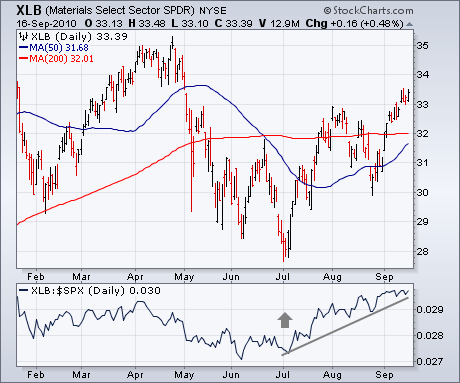 I wrote on Tuesday that strength in foreign currencies (especially commodity currencies like the Aussie and Canadian Dollars) was negative for the U.S. Dollar but positive for most commodities... Read More 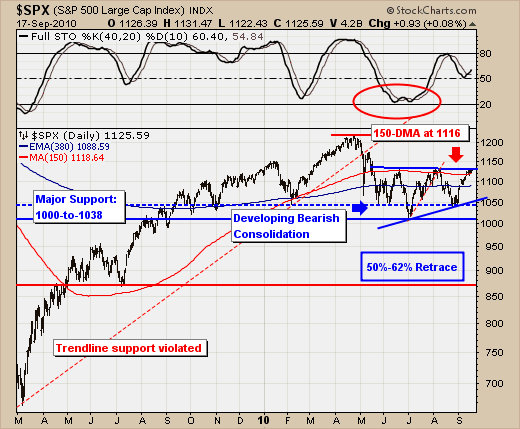 The S&P 500 is square within the September/October "historically weak" time frame, but it has been nothing short of astounding to be sure...to the upside. We've seen a rally in 10 of the past 13 days, with prices now squarely upon major previous high resistance... Read More 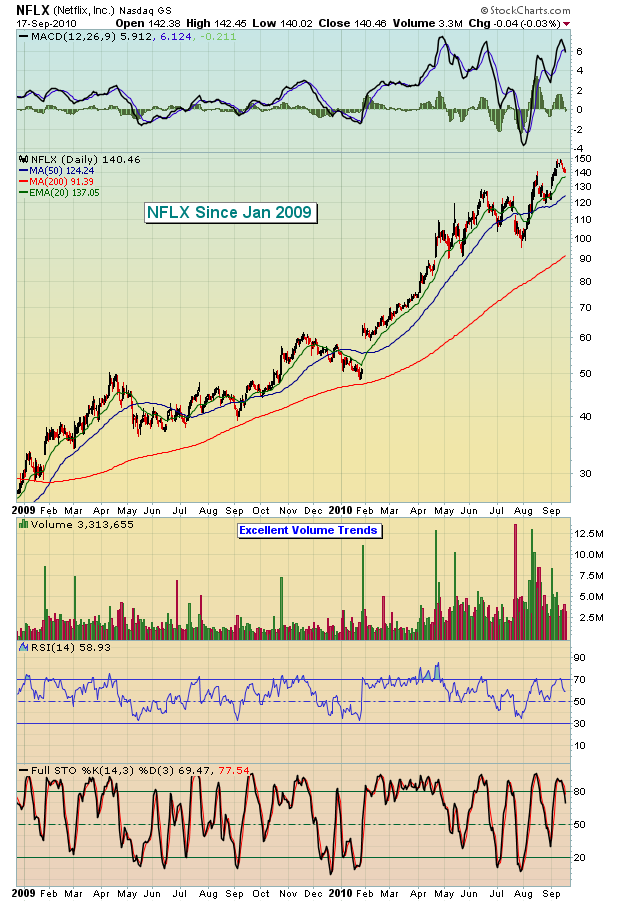 Let's do a case study. Wouldn't it be great to find the next Google (GOOG) or Apple (AAPL) in the early stages, before the meteoric rise? It's definitely possible, but it takes homework and TONS of patience. Every great long-term performer goes through similar breakout stages... Read More 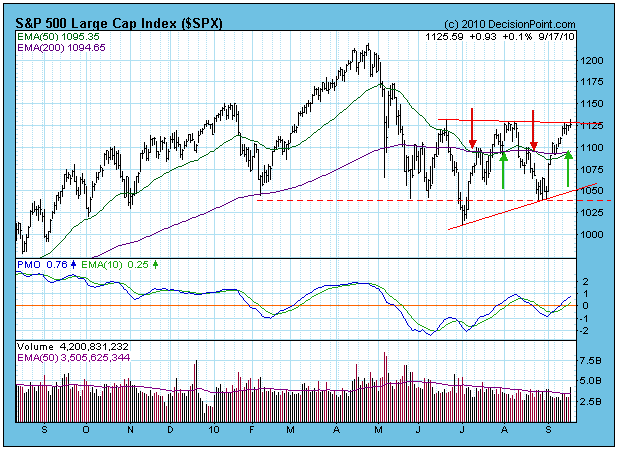 Today another long-term buy signal was generated when the S&P 500 Index 50-EMA crossed up through the 200-EMA... Read More 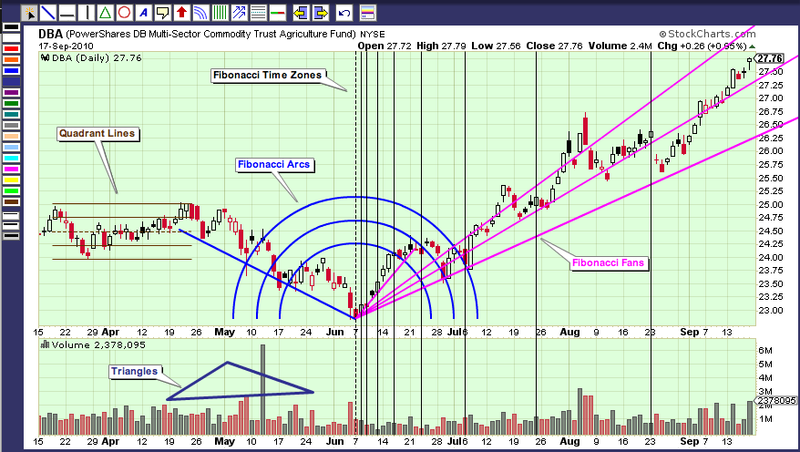 Hello Fellow ChartWatchers! Today we're taking the wraps off of our upcoming major upgrade to our ChartNotes annotation tool. We've been working on this for a while now and we are getting close to releasing it out to everyone... Read More 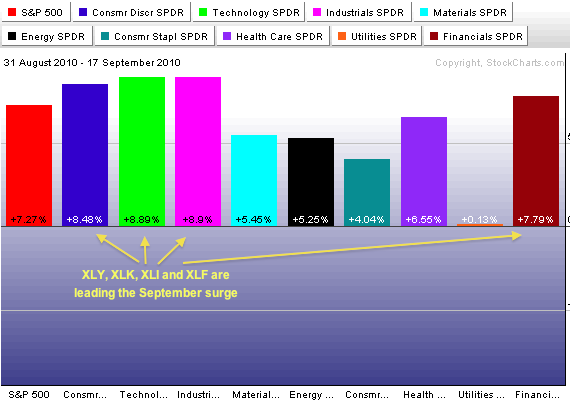 Leadership from three of the four key offensive sectors makes the September surge all the more impressive. I consider the consumer discretionary, finance, technology and industrials sectors as the offensive sectors that are key to the stock market and the economy... Read More

REPORTING LIVE FROM A SHARPCHART NEAR YOU!

Hello Fellow ChartWatchers, Today we're happy to announce the launch of our new tutorial video area. You and find it at http://youtube.com/stockchartscom. YouTube members can subscribe to that "channel" and get notified whenever we post a new one... Read More 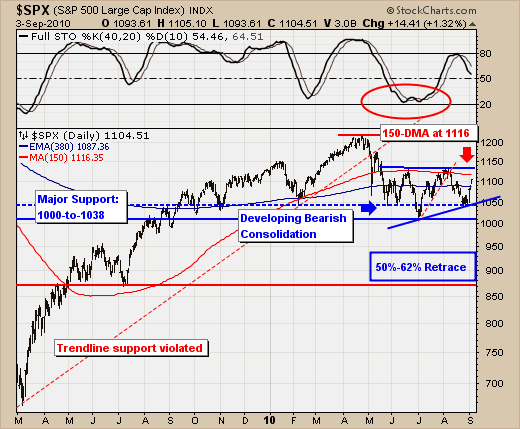 The summer is coming to an end for all practical purposes, with many traders returning from their vacations to a budding sharp rally. This presents an interesting situation for traders, for the historically weakest period lies directly ahead - the September/October time frame... Read More 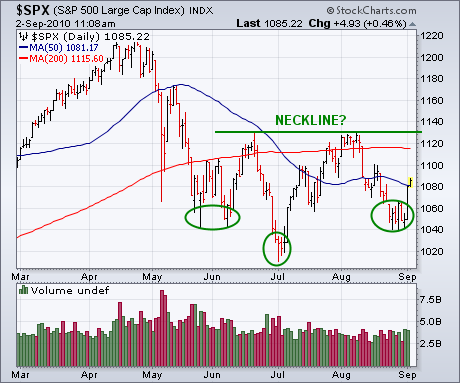 IS A HEAD AND SHOULDERS BOTTOM FORMING IN STOCK?

Today's message is going to represent a shift in emphasis in favor of stocks. As you know, I've been writing since the spring about the huge move into bonds and out of stocks owing to fears of economic slowdown and deflation... Read More 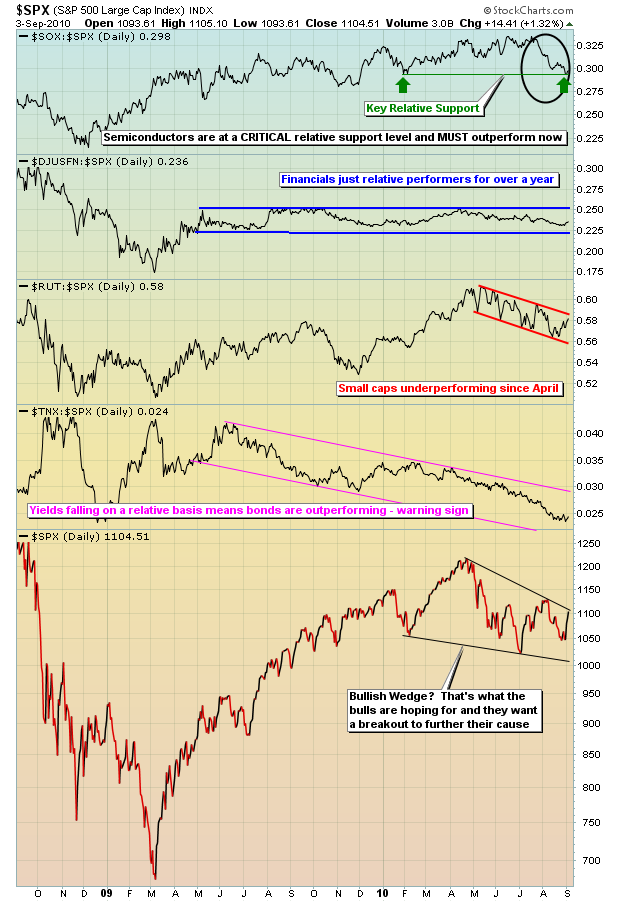 FOUR KEYS TO A CONTINUING RALLY 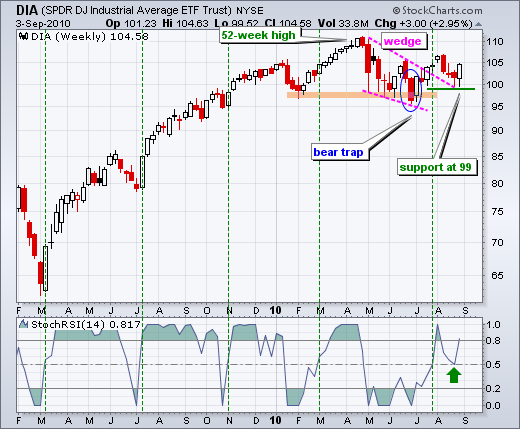 FIVE POSITIVES FOR THE DOW SPDR IN 2010

Stocks have been largely range bound throughout 2010, but the positives still outweigh the negatives overall. Chart 7 shows the **Dow SPDR (DIA)** starting the year just below 105 in January and finishing just below 105 this week... Read More 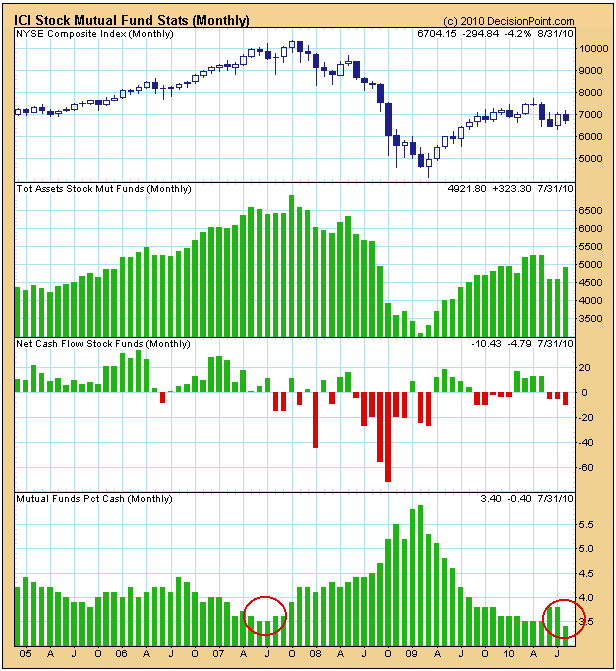 The Investment Company Institute (ici.org) compiles statistics on mutual funds and publishes them monthly. (There is a one month delay between the end of the month being reported and publication... Read More