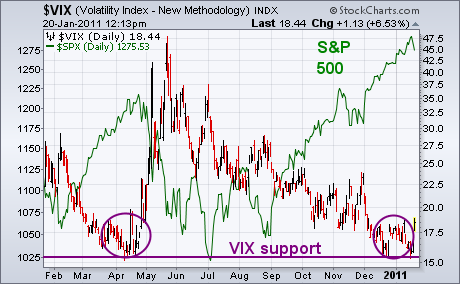 Two Thursday's ago (January 6), I showed the CBOE Volatility (VIX) Index having reached a potential support level at last spring's low near 15, and warned that a bounce off that level could cause a stock market pullback... Read More 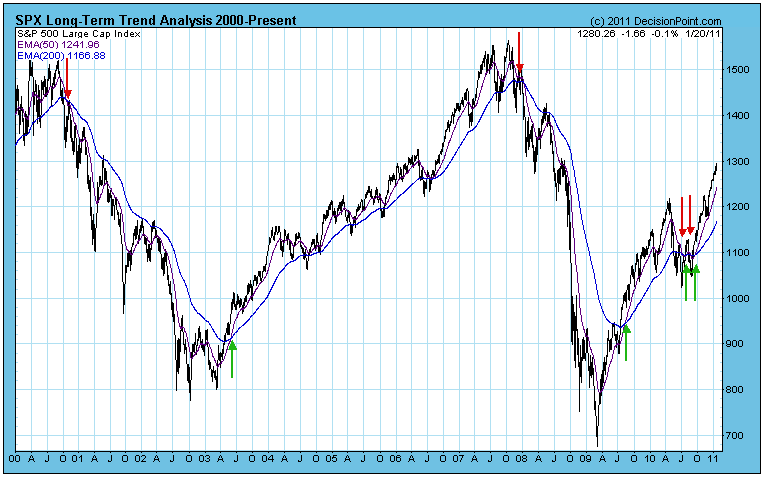 WHY THE MARKET IS WRONG

In my business I am exposed to the writings of a lot of really smart people, and it is never hard to find a few who are trying to explain to us why the market is wrong... Read More 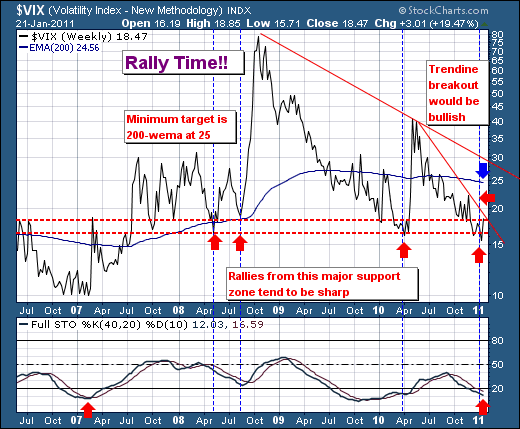 The recent rally in the broader stock market has begun to correct; and it shall likely correct for the next several weeks. We view this decline much in the same manner as the Jan-2010 to early Feb-2010 decline, which the S&P lost roughly 106 points or nearly -10%... Read More 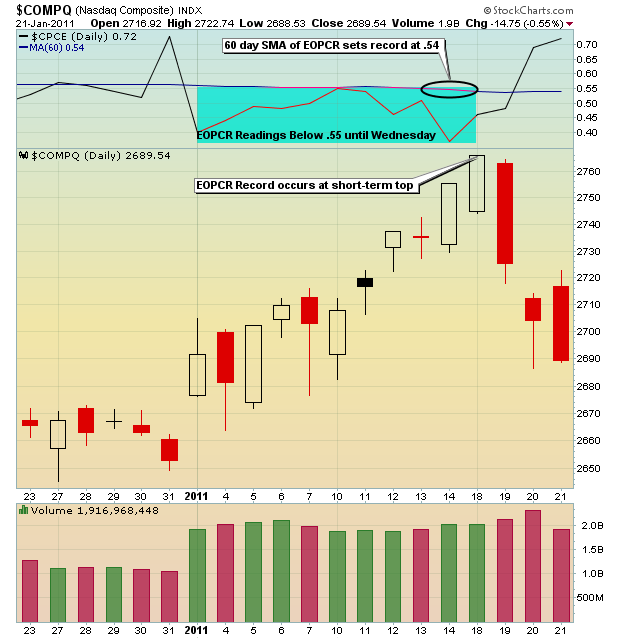 TRADERS ARE ALL IN

Complacency in the market was setting records this past week. The technicals? They look great... Read More 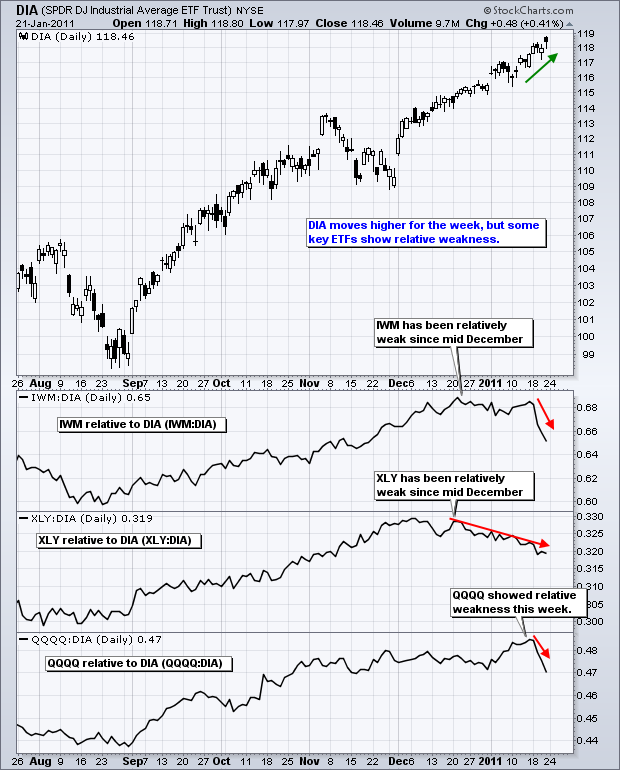 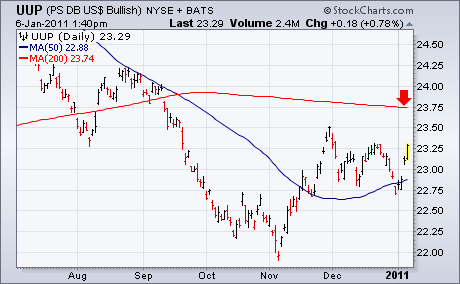 Tuesday's message wrote about an overbought condition in stocks and commodities, and showed gold in particular starting to roll over to the downside. Although some have questioned the viability of the dollar/commodity link, my view is that it's alive and well... Read More 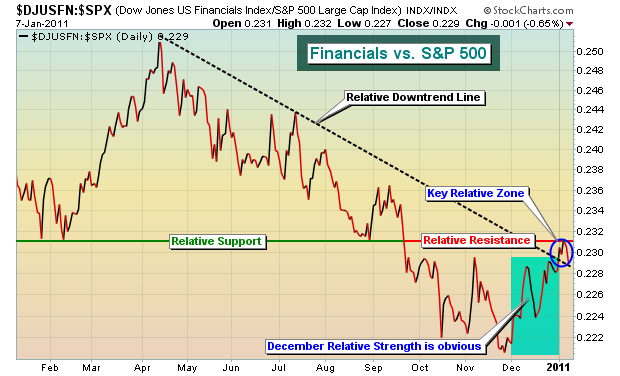 Financials: A Home Run, But Avoid The "Triple" Play

Happy New Year!!! The financial sector looks superb as we bring in a new year. I am of the opinion, at least based on current technicals, that 2011 will be a solid stock market year and financials will be a primary reason... Read More 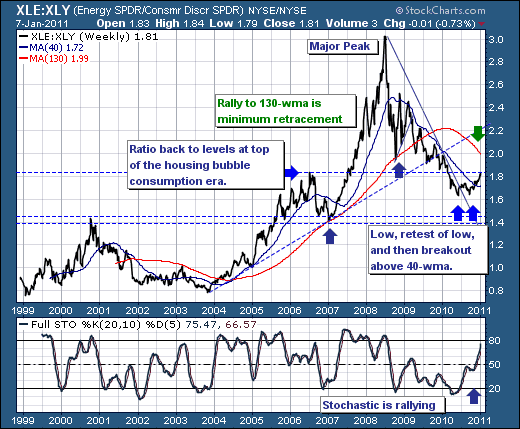 As the 2011 trading year unfolds, it is rather clear that the consumer discretionary sector and retail in particular are showing a tendency towards declining rather than rallying with the overall broader market... Read More 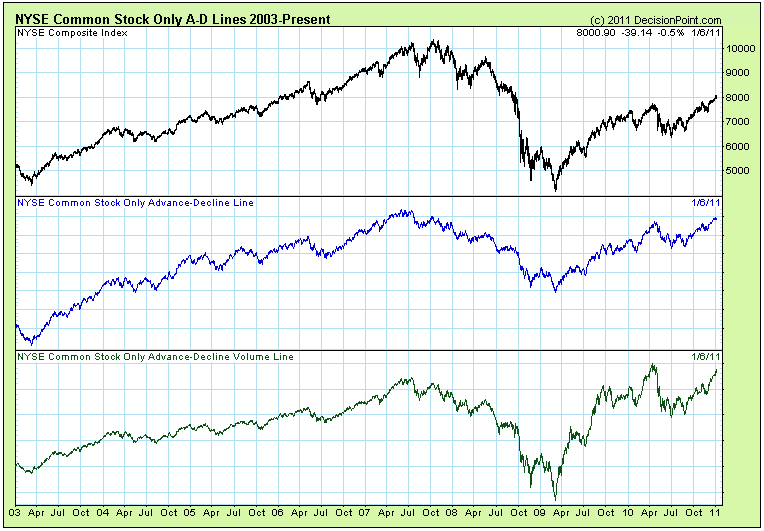 QUESTION FROM READER: I've been noticing some anomalous behavior in the NYSE Advance-Decline data and other indicators based on NYSE data that does not match up with other measures of breadth... Read More 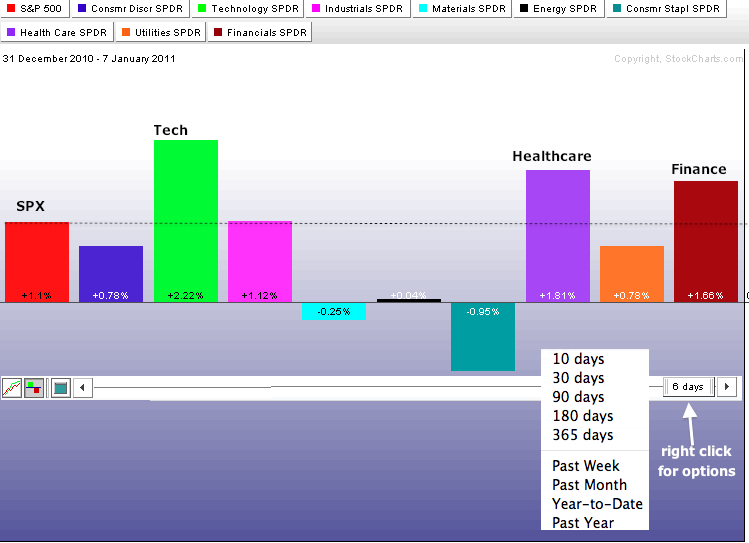 Even though 2011 has just begun, there are clear leaders and laggards among the nine sectors. In particular, the technology sector is getting off to a great start. The Sector PerfChart shows the nine sector SPDRs and the S&P 500... Read More