While this bull market has rallied +105% from the 2009 low (basis the S&P 500), I have had a sense that there was something "squishy" about it. One thing was the absence of convincing volume, something analysts have been complaining about since the bull market began. Recently, when looking at our Blue Chip 152 Top 10 Index, I found some surprising evidence of just how dysfunctional this bull has been.

The Blue Chip 152 is a list of stocks that includes the stocks in the S&P 100, the Dow 65, and some Nasdaq favorites. Some years ago I got the idea to track the top 10 relative strength stocks, believing that this would provide a a short list of stocks that would always be upside winners. Boy was I wrong about that. Just look at the chart. 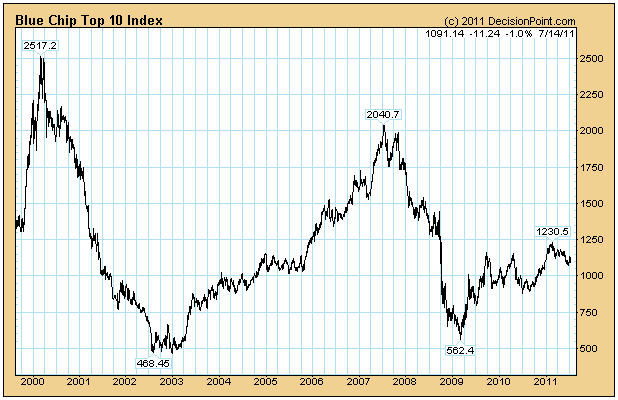 While the Top 10 have tended to perform better than the SPX in bull markets, they perform far worse during bear markets. The reason is simple. Market leaders tend to retain their leadership in bull markets -- once a stock rotates into the Top 10, it will stay there quite a while until it is forced out by a stronger stock, which in turn persists in its leadership position.

In bear markets the story is very different because the majority of stocks are are in decline. Stocks with high relative strength are just not declining as fast as other stocks. As a stock enters the Top 10, it is likely that it is peaking, rather than being in the middle of a strong up move, so the Top 10 stocks as a group are more likely to be moving into accelerated down moves. 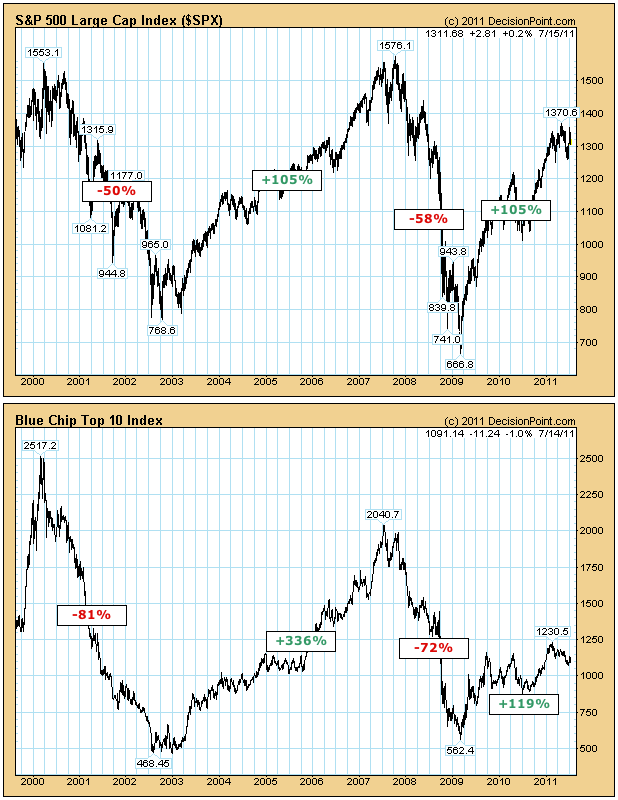