The positive link between stocks and commodities doesn't always exist as shown in Chart 1. There have been periods in the past when they've trended in opposite directions like the second half of 2006 (see box). Stocks also have a history of peaking before commodities. Chart 1, for example, shows commodities rallying throughout the first half of 2008 as stocks started to tumble. Commodities eventually peaked in the middle of 2008. Since then, however, stocks and commodities have been closely linked. That's been especially true since the spring of 2009 when both bottomed together (see arrow). Chart 2 shows the close correlation between the two markets that has existed since last August when both turned up. The chart shows both correcting together in early March and rallying through April before peaking together at the start of May. Both have bounced since late June. If the upturn in commodities is for real (and it seems to be), that may carry good news for stocks as well. That depends of course on two things. One is that commodities keep rising. The other is that positive link between the two markets remains intact. 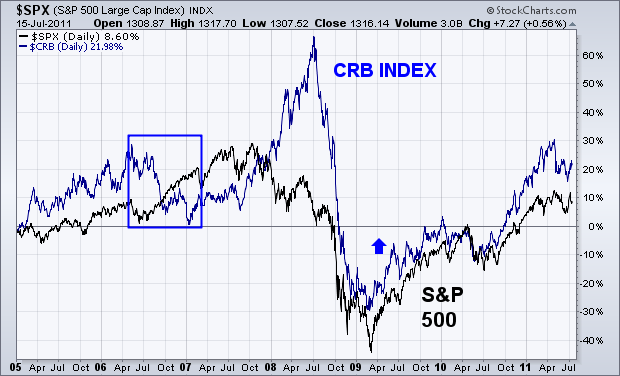 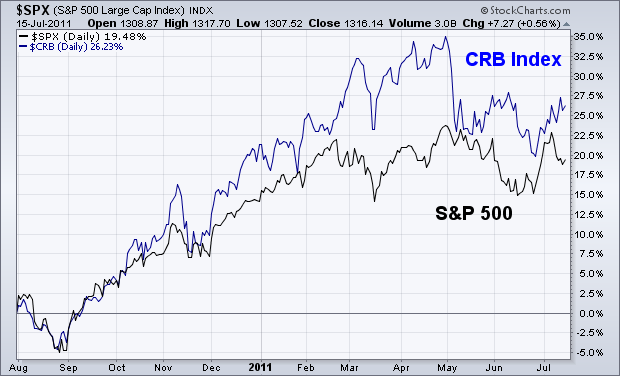