QUESTION: Carl, I have read a lot of articles recently indicating gold miner stocks should go up and outpace gold. So far nothing but a drop in goldminers. Would it be possible for you to show charts of GDX and GDXJ with your comments on one of your daily posts? Thank you for a great website.

ANSWER: Back in the day before precious metals ETFs, gold mining stocks were considered a convenient surrogate for exposure to precious metals. The XAU (Gold & Silver Mining Index) is composed of large-cap members of this group. First let's compare a long-term chart of the XAU with one of gold. Note that the XAU and gold ran pretty close together from 1984 until about 2000. Then from the lows of 2000 gold rallied about +1400% versus only +125% for the XAU. (The Price Relative line has been trending down since 1996.) An interesting point is that both indexes had major corrections in 2008 -- about -70% for the XAU and -25% for gold. 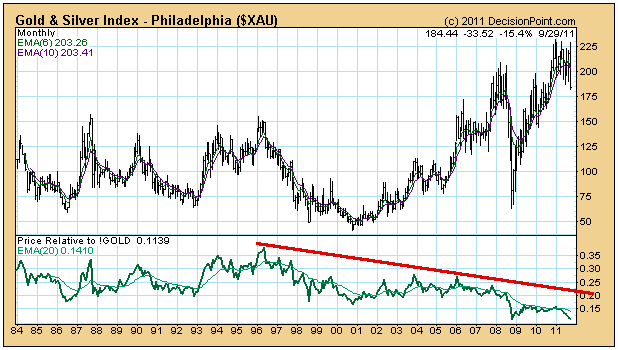 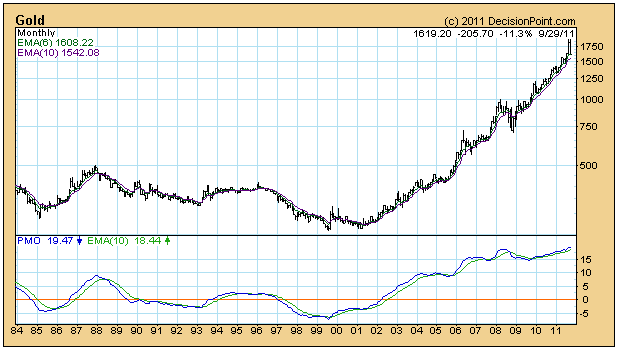 I think we can say that in the past there has been a passing similarity in price movement between the two indexes, but it has been a similarity in direction, not magnitude. Why the difference in performance? Well gold is a commodity, and gold stocks are, well, stocks in companies that mine gold. As stocks they carry all the baggage of the companies they represent, and they tend to be affected by the movement of the broad stock market as well.

As an aside, let me say that I have a strong dislike for gold mining stocks as trading/investing vehicles. They tend to trade in broad, volatile trading ranges, and they defy my attempts at trend following. This can be seen on the charts of the two ETFs you requested.

As for specific issues, GDX recently had a failed breakout attempt, a bull trap, and is about to challenge the bottom of the one-year trading range. GDXJ has executed a classic head and shouders pattern and has a minimum downside target of about 22.25. 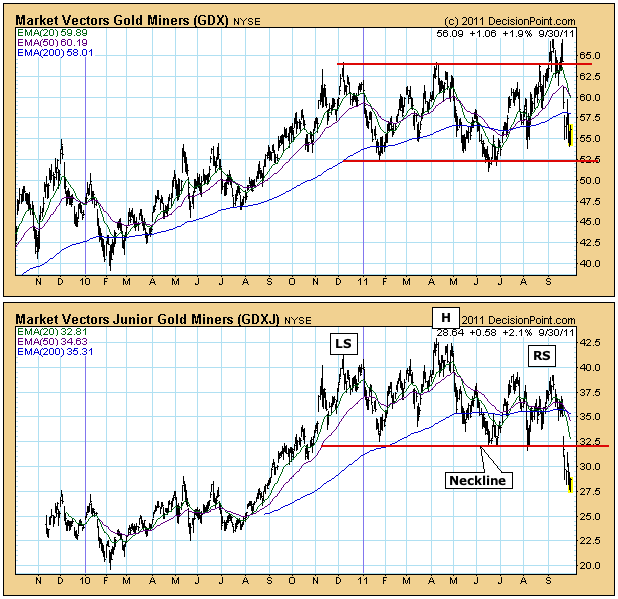 Bottom Line: The price of gold is already 'baked into the cake' of gold mining stock prices. There could be some future management initiatives that may take better advantage of higher gold prices as regards the bottom line, but I wouldn't count on a major rise in gold stocks driven by a move to correct the lag in gold stocks versus the price of gold.

There are plenty of opinions available on stocks, sectors and markets. Take them all with a grain of salt, then look at the chart!