The 30-year bond yield has dropped below three percent many times this year, dropping as low as 2.694% in October. It has been trending up since then, but today it looks as if the October low could be retested.

On the daily bar chart below we can see that the rising bottoms line has been penetrated at the time this intraday snapshot was taken. This is not a decisive break, but it is a logical one, since the triangle formation is a continuation pattern, and a continuation of the larger down trend should be expected. 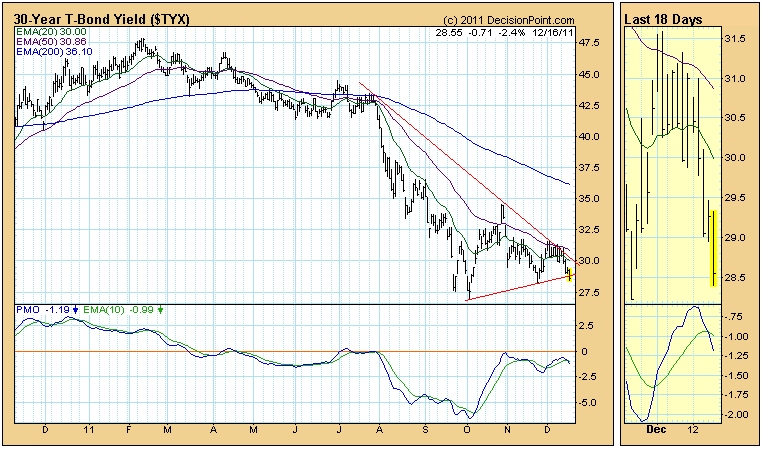 To determine if the October low has historical credibility as long-term support, let's look at monthly chart going back to 1943. As we can see, the long-term support is just above 2%. Hoisington Investment Management Company in their Third Quarter 2011, Quarterly Review and Outlook stated, "In view of the United States extreme over-indebtedness, we believe that 2% is a an attainable level for the long treasury bond yield."  Technically speaking, 2% looks attainable and likely. 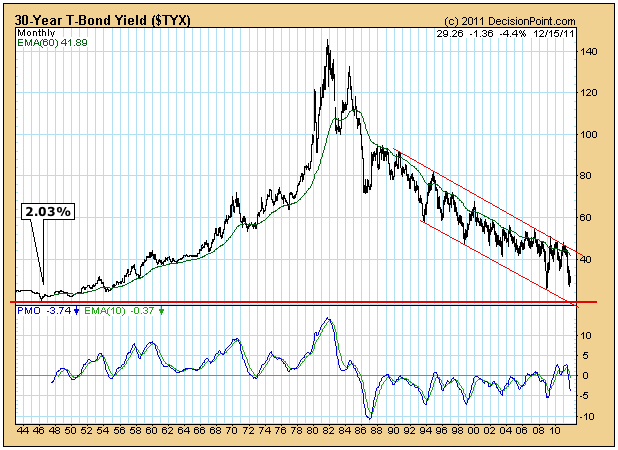 Why would anyone want to commit their money for 30 years at 2% to 3%? Because U.S. treasuries are considered to be safer than other options, which is amazing given that we are borrowing 42 cents of every dollar we spend. Doesn't sound safe to me. I guess it speaks more to the sorry state of the global economy.