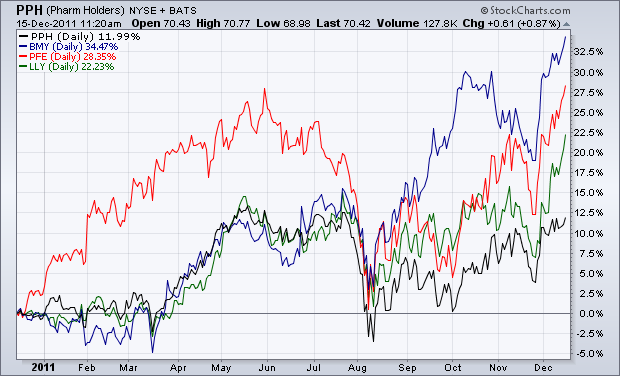 Another big drug stock that may be on the verge of a huge bullish breakout is Abbott Labs. The weekly bars in Chart 2 show that the stock has been essentially in a sideways holding pattern since 2008. That may be about to change. ABT appears poised to exceed its 2008 high around 54 which would put the stock at a new record high. The stock's relative strength (solid) line turned up during the spring and is still rising. The odds for an upside breakout are greatly increased by the fact that other drug stocks are doing the same. 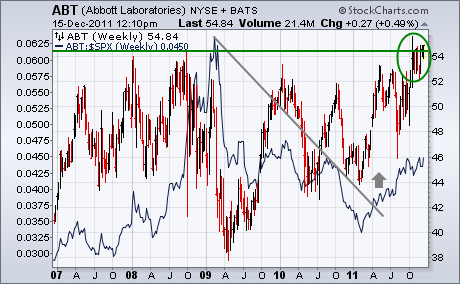