Calculating from the Four-Year Cycle low in 2009, the next cycle low is due in two months, but unless there is a major crash, that projection will not be realized. In fact, we can't even say that there has been a cycle crest yet, although, given the proximity of current prices to the tops in 2000 and 2007, it is likely that a long-term top will be put in soon.

Obviously, the Four-Year Cycle does not repeat at exact intervals -- the last one lasted almost six years from trough to trough -- and it appears that the current cycle is going to be extra long. A "normal" downside for the cycle is about 18 months, so an educated guess as to when the price low might hit is about mid-to-late-2014. 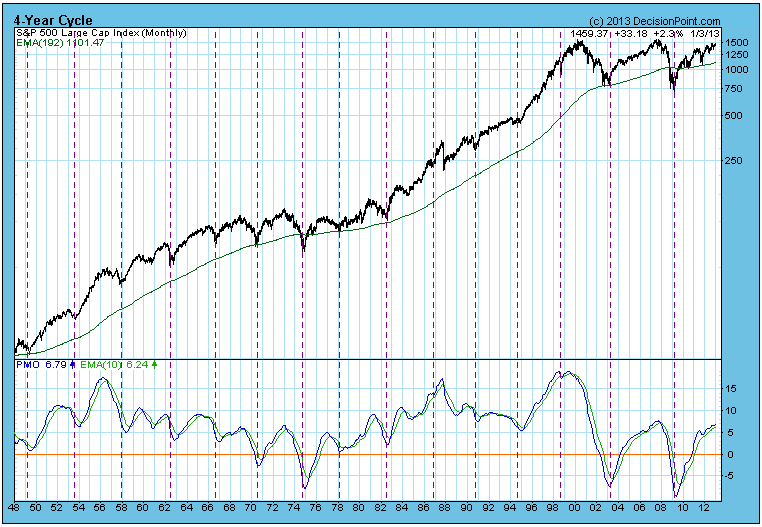 To summarize, the ten-year trading range of the S&P 500 Index suggests that a major price top should be arriving sometime in the first half of 2013, maybe within three months. After that the Four-Year Cycle low (price low) projection would be for the last half of 2014, unless the decline is exceptionally accelerated.