One of the most impressive technical developments of Wednesday's stock surge was the ability of the Russell 2000 Small Cap Index (RUT) to reach a record high. [The S&P 500 Midcap Index did the same]. The chart shows the RUT closing above previous highs reached during 2011 and 2012. Although not shown here, the RUT also cleared its 2007 peak. The blue line is a ratio of the RUT divided by the S&P 500. The ratio peaked in spring 2011 which began the correction/consolidation period that's existed since then. The ratio reached a new three-month high yesterday and broke its 18-month resistance line (blue circle). Given the tendency for small cap stocks to act as leaders for large caps on the upside, yesterday's bullish breakout is an encouraging sign for the rest of the market. 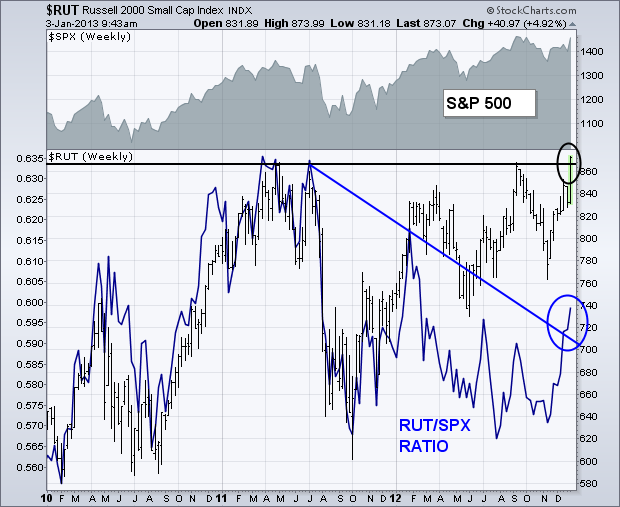