This weekend, I want to talk about the technology sector. Some of the major tops of the market have been spotted on the $NDX before the market breaks down.
Here's the chart. It has a lot of data on it. I would encourage you to click on this link $NDX to see a larger version. 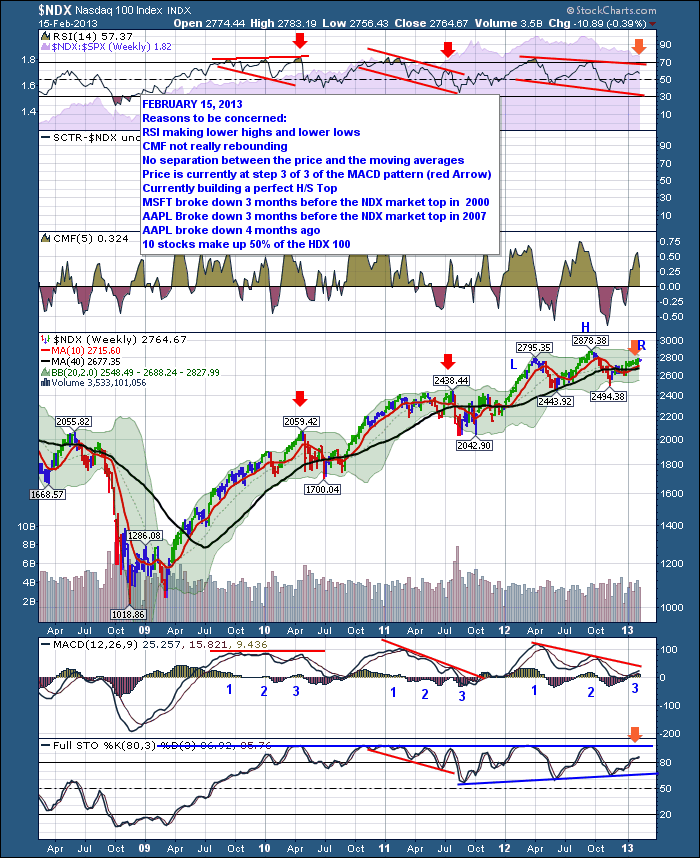 Let's start at the top.

Well, we clearly are seeing that here. 3 months  after the RSI has put major lows in, we are trending up, but I think everyone could agree begrudgingly. The tech market has not exactly exploded higher.  If you look at the shaded area behind the RSI, that is the $NDX compared to the $SPX. It has been under performing for a while now.

Too bearish a prediction? I don't know. I just know that all the traits and patterns are lining up. As the experienced technician likes to say....I know, it's different this time.


I will blog about the tech stocks this week. You can follow my blog at this address - The Canadian Technician.