The price of West Texas Intermediate Crude oil (the U.S. benchmark) has exploded over the last week. The lower line in the chart below shows the August light crude oil contract having broken out to the highest level in 14 months. Today's rise puts August crude at 103.12, which is $4.34 below the price of European brent crude (which ended at 107.46). Both varieties of crude usually trade around the same price. U.S. crude has been much weaker than brent over the last two years, owing to supply bottlenecks in the the U.S. With those having been relieved, the U.S. oil market is catching up to Europe. The upper line in the chart shows the August Brent Crude contract trading at a three-month high. Energy traders are betting that WTI crude will catch up to the price of Brent and close the unusual gap between the two. 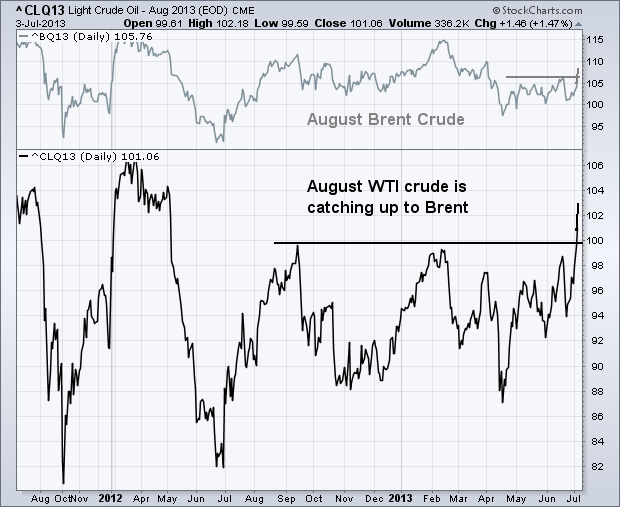