Three of the nine sector SPDRs hit new highs this week with the Finance SPDR (XLF) leading the way. The Energy SPDR (XLE) and the Healthcare SPDR (XLV) also recorded new highs. Even though XLF has been underperforming the S&P 500 since summer, this key sector is showing new signs of life since the flag breakout in early November. Note that XLF was the second best performing SPDR over the past week and over the last four weeks. XLV gets top honors as strength in pharmaceuticals, hospitals and healthcare providers lifted this sector. Admittedly though, offensive sector performance was not that great this week because the Consumer Discretionary SPDR (XLY) and Technology SPDR (XLK) actually fell and did not partake in Dow 16000. Looks like the finance, industrials and healthcare sectors are carrying the torch for the bulls. 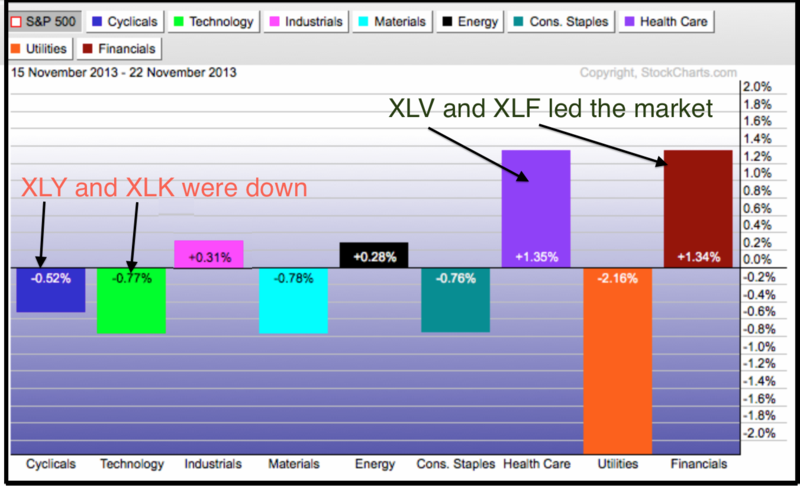 Turning to the XLF price chart, the ETF broke flag resistance with a big move two weeks ago (8-Nov). After a few days of backing and filling, the advance resumed as XLF moved to new highs. Broken resistance in the 21 area turns into first support. The indicator window shows the price relative, which measures the performance of XLF relative to SPY. Even though XLF has underperformed SPY since the July, it is not that weak because the ETF scored a fresh 52-week high this week. As one of three sector SPDRs to score 52-week highs, XLF is showing "chart" strength and leading the market in this regard. 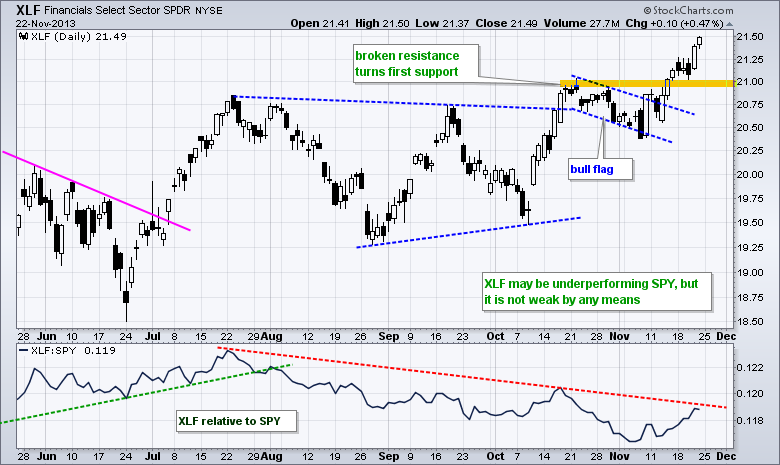