The chart below shows the 10-year Treasury Yield ($TNX) with a huge advance from early May to early August. This key benchmark advanced from the 1.6% area to the 3.0% area, which is almost a double. Something clearly changed in the bond market and this advance looks like an impulse or primary price move. If so, then the decline from 3% to 2.5% would be a corrective or secondary price move. 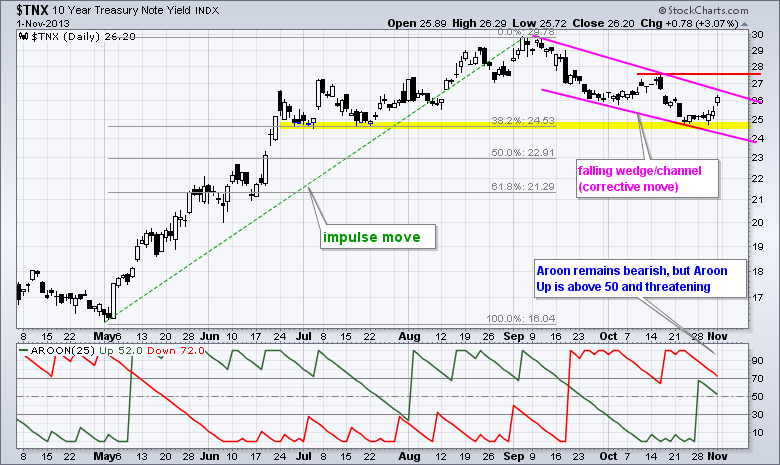 Two technical aspects suggest that this is indeed a correction. First, notice that the decline retraced 38% of the prior advance, which is the minimum Fibonacci retracement expected for a correction. Second, the decline formed a falling wedge, which is typical for a correction. The three day surge off support suggests that this correction may be ending and the long-term uptrend is resuming. Notice how the 10-year Treasury Yield found support near the July lows and surged above 2.6% on Friday. A move above the wedge trend line would provide the second signal, while a move above the mid October high would complete a medium-term trend reversal. Also, notice that Aroon Up is above 50 and a surge to 100 would turn this indictor bullish. Chartists should watch the 10-year Treasury Yield closely because a breakout could have negative implications for the utilities sector, housing stocks, REITs and other interest rate sensitive stocks. 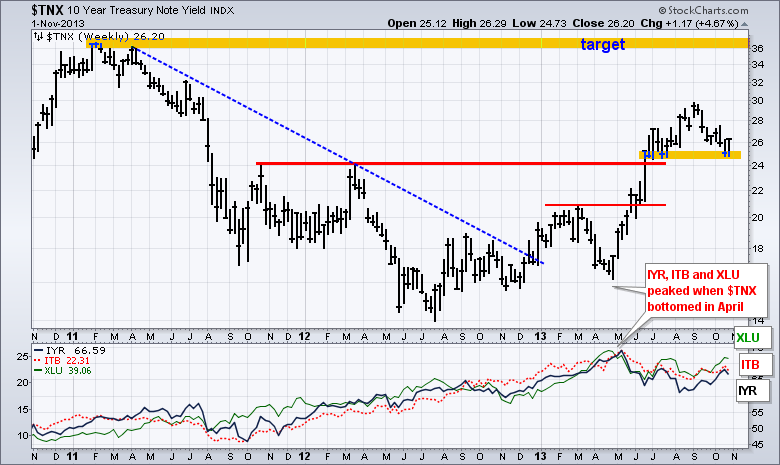