The "January effect" refers to the propensity for stocks to outperform in January and for small-caps to outperform large-caps in January. According to this theory, stocks tend to rise more in January than most other months and small-caps tend to rise even more. Chartists looking to test these theories can put our new seasonality tool to work. As mentioned by Chip in ChartWatchers on November 23rd, the new seasonality tool gives StockCharts users the power to measure seasonal tendencies for any symbol. Chartists can even measure "relative" seasonality and compare the performance of one asset against another.

Let's look at seasonal tendencies for the stock market first and then relative tendencies for small-caps. The first chart shows monthly seasonal tendencies for the S&P 500 over the last twenty years. Notice that April and December show the highest tendency to advance (75% and 74%, respectively). Second, notice that the average gain for April is 1.7% and the average gain for December is 1.6%. This study suggests that the "January effect" has moved up a month and December is the month to watch. Also notice that the market tends to rise in April, which is right before the bearish six month cycle begins in May (sell in May and go away). 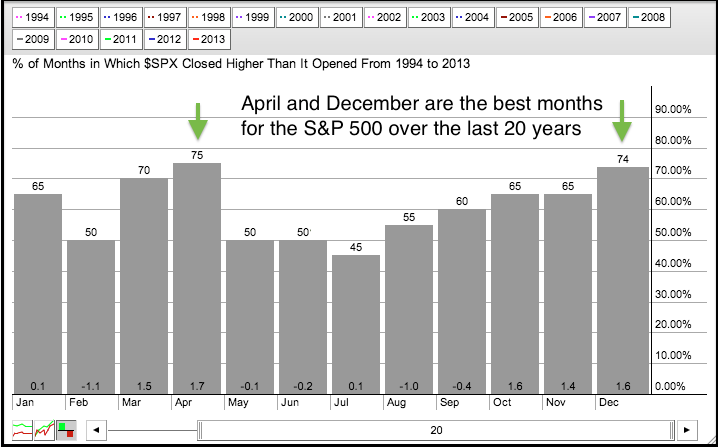 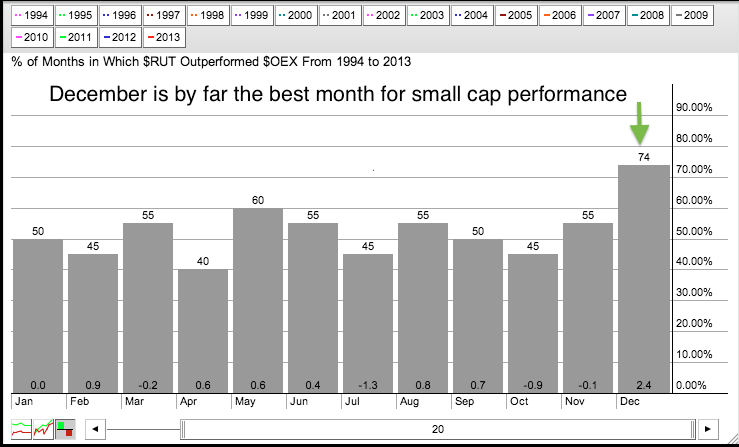