There are differing opinions on whether or not it makes sense to hold stocks into earnings reports. One camp argues that you stand to make a big score if a company beats its numbers. Another camp - the one I'm in - says it's way too risky because you can never predict how the market will respond to an earnings report. I have two very specific examples that support both sides of the argument.

First up is Amazon that beat expectations handily in its most recent earnings report and you can see in the chart below that the stock was nicely rewarded: 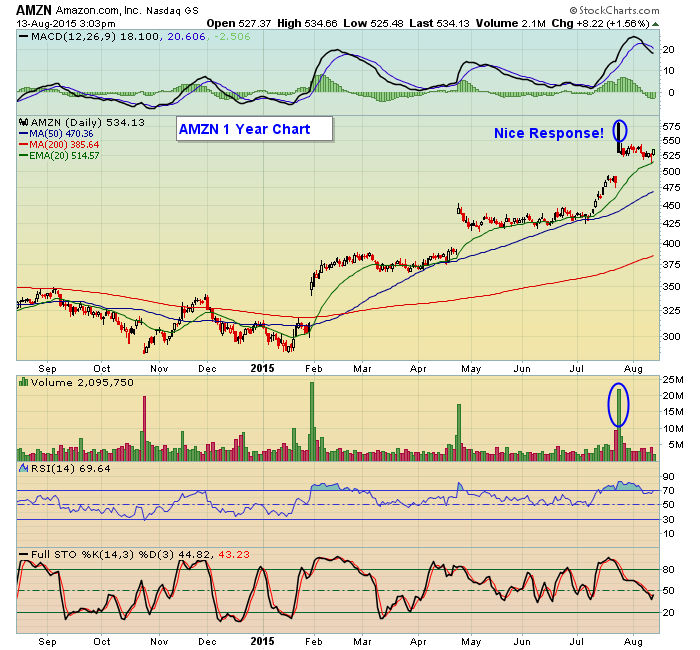 Next up is LinkedIn, a stock I have featured in the past - but it's worth showing again - because it illustrates the heavy risk of holding a stock into its earnings report: 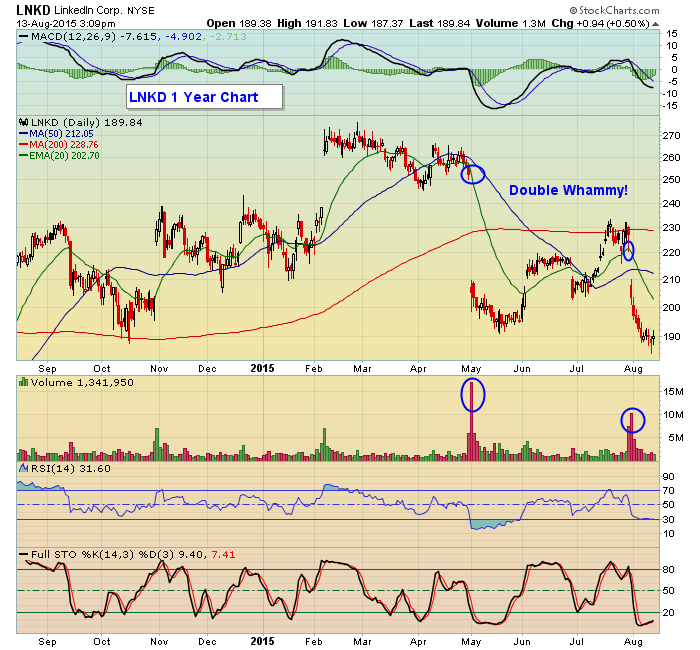 Now, if you held AMZN into its most recent earnings reports you were rewarded with an almost $100 pop, or a 20% gain from the prior day's close to the high the following day. Who wouldn't like that? Well, try those who were short the stock into the earnings report.

I've always been a big believer that holding a stock into its earnings report is a crap shoot, a 50-50 proposition at best. BUT...and here's the big difference...while no one likes to see an "opportunity" lost, it's much, much worse taking an actual loss. So in the two examples above, if you held AMZN you had more money that you did not have in your pocket than the prior day but in the case of LNKD you actually would have lost a lot of money had you held the stock into either of its past two reports.

Bottom line? If you like to gamble, maybe holding stocks into earnings reports is for you. On the other hand, if you would rather minimize the risk associated with an unknown market response, it's best to stay on the sidelines. And I will be discussing this topic as well as the power of combining companies with strong fundamentals (earnings) and strong technicals (charts) in a FREE webinar next week. If you care to join me in the webinar just click here.