Happy New Year to you and yours.  Here are the results for last year in PerfChart form: 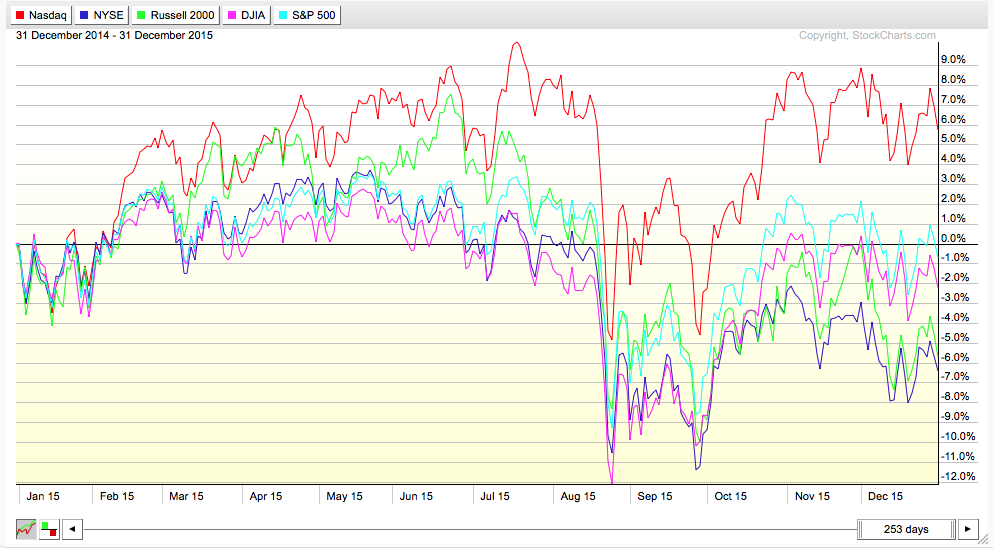 All-in-all, bleh.  The Nasdaq outperformed everyone else - mainly because of a spurt back in February.  In reality, everything has been negative since the start of March.  When both the NYSE (blue chips) and Russell 2000 (small caps) are battling for last place, you know the overall market is weak.

Looking Back and Looking Forwards into 2016!

Long time ChartWatchers know that I also begin each year with a review of what we've added in the previous year.  Hey, it's tradition!  So here we go:

Last year at this time, I listed a bunch of features that I hoped we would complete in 2015.  Here's the list and my thoughts about how we did:

In addition to all of that stuff, we have lots of other stuff in store for 2016.  Having learned my lesson from last year's list, I'm not going to give out a ton of details except to say two things:

Thanks again for being great StockCharts users.  Here's to a great, profitable 2016!