The seasonality tool here at StockCharts.com provides an easy way to review historical results for indices, sectors, industry groups and individual stocks.  I looked at financials and healthcare industry groups as these two sectors have performed the worst over the past three months.  Perhaps seasonal strength can provide a "cure" for pharmaceuticals ($DJUSPR), which have clearly been under the weather.  Here's the historical view of pharmas, broken down by average calendar month returns over the past 17 years: 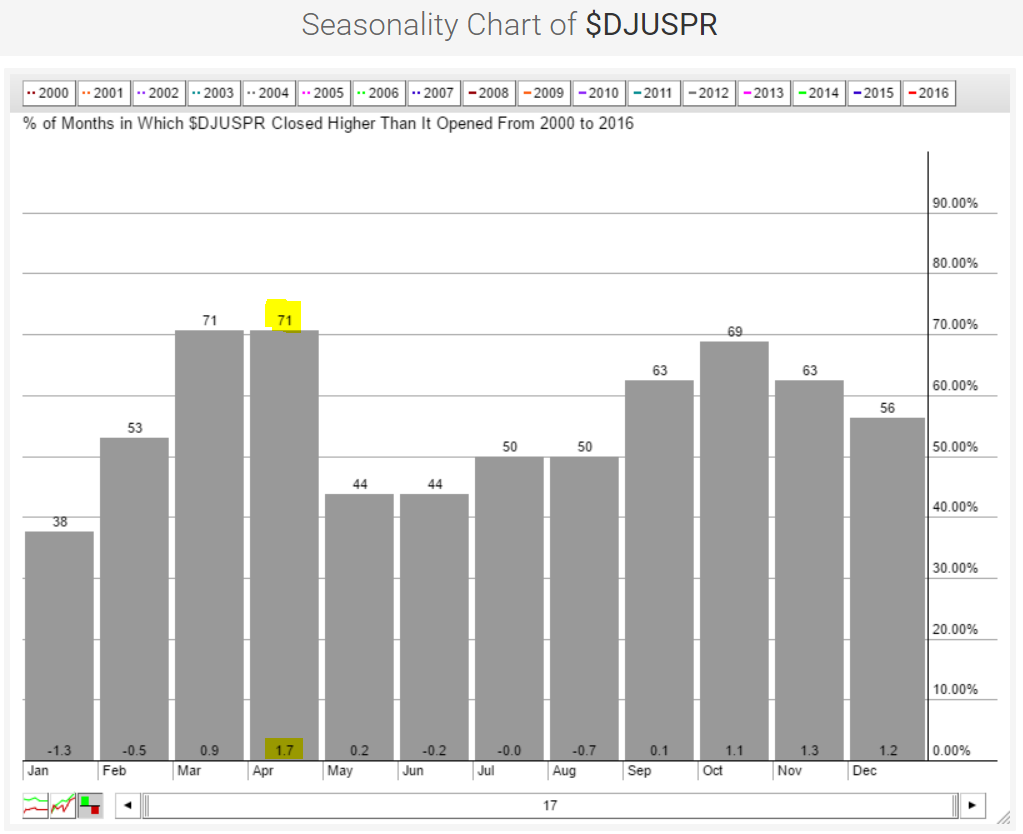 Now let's turn our attention to the current technical picture to see if the group is likely to strengthen: 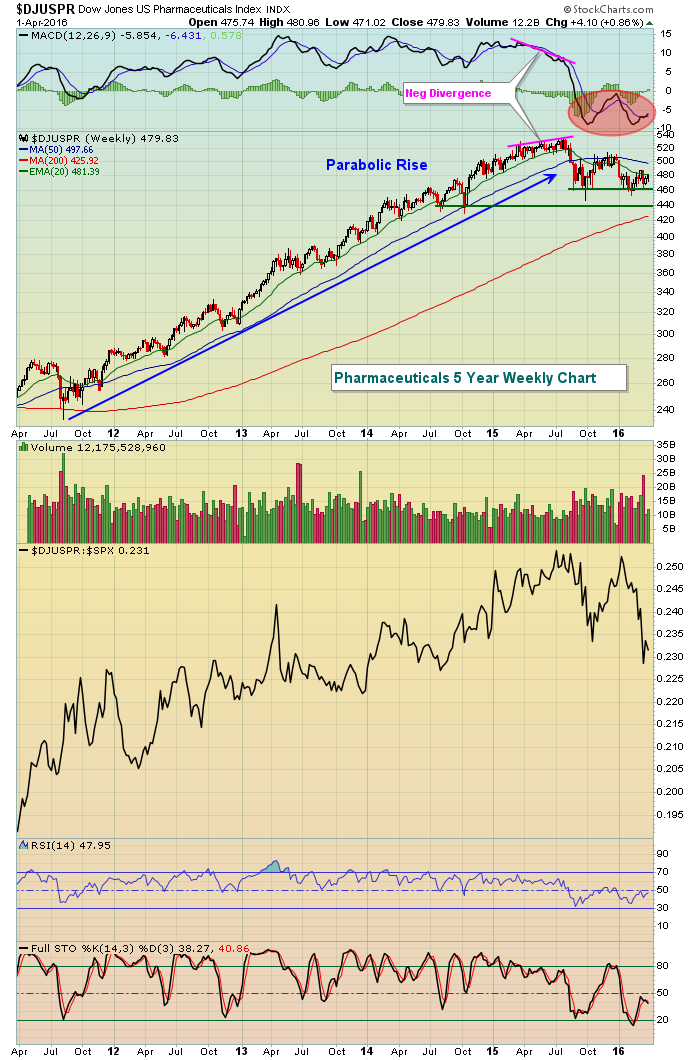 Momentum has obviously been very weak over the past several months.  A negative divergence emerged on the weekly chart in the spring of 2015 and the DJUSPR has struggled since.  It's why I pay such close attention to weekly negative divergences as they tend to mark significant tops.  The weekly MACD is currently pointing higher so a push and close above the 20 week EMA, currently at 481, would be a solid first step toward continuing strength in April.