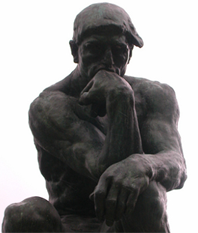 David Blitzer, Chairman of the Index Committee for S&P Dow Jones Indices, notes that 25-30 stocks are changed every year in the S&P 500. Siblis Research notes that the index averaged 22 component changes per year over the last fifty years. Most recently, there were 26 component changes to the S&P 500 in 2016, 24 in 2015 and 15 in 2014. Overall, this means a couple dozen stocks are replaced every year and these changes add up over time. At this rate, we can assume that less than half of the stocks currently in the S&P 500 were part of the index in 2000.

In addition to component changes, the weightings for these components fluctuate on a regular basis. A stock's market capitalization increases as its price rises and this increases its weight in the index. Conversely, market cap decreases as a stock's price declines and this decreases its weighting. The table below shows the top ten S&P 500 stocks in 1999, 2007 and 2017 (ETF Database). 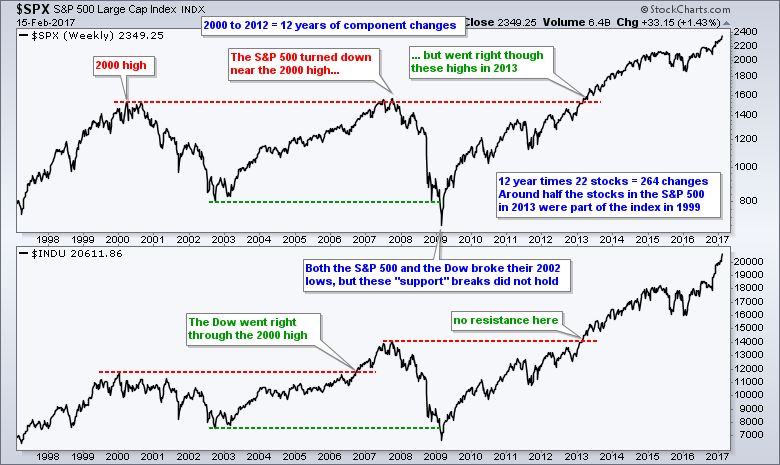 I am not suggesting that chartists throw out the concepts of support and resistance. However, we need to think twice when analyzing an index, average or ETF that undergoes component changes and weighting adjustments over time. The older a support or resistance level, the less robust it really is. This also means that chartists should focus more on the present and less on the past. 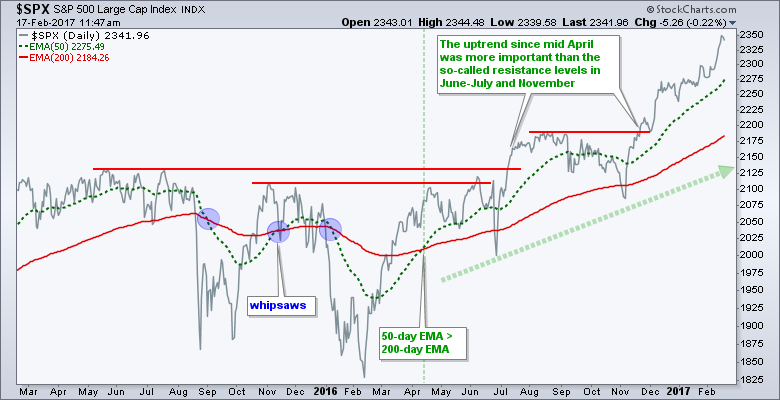