We saw the first significant selling pressure in months last week, especially on Wednesday.  Financials (XLF) led the rout to the downside, but the sector did bounce back later in the week and, in the process, held key neckline price support within two key industry groups - banks ($DJUSBK) and life insurance companies ($DJUSIL).  Both of these groups do well in a rising interest rate environment so it'll be important to watch the 10 year treasury yield ($TNX) as well to see if the TNX can hold onto key yield support levels.  Here are the DJUSBK, DJUSIL and TNX, all featured on one chart: 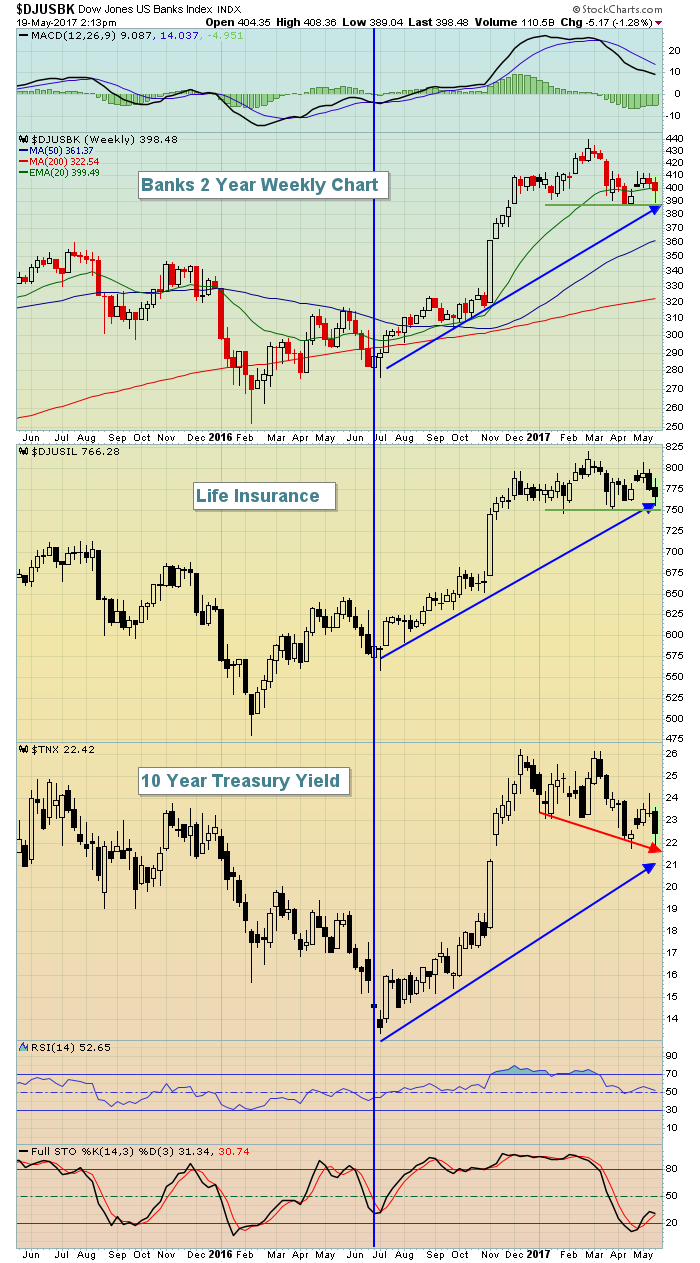 The TNX has been successful in defending yield support in the 2.15%-2.20% range.  Should that continue to hold and start to rise again, then look for both the DJUSBK and DJUSIL to hold the green support lines above and lead the next rally.  A continuing drop in the TNX, however, would likely result in breakdowns in both banks and life insurance companies and that most likely would also signal overall stock market weakness into the summer months.