We first need a base symbol, which can be AD Percent or AD Volume Percent. As an example, AD Percent equals advances less declines divided by total issues. You can find a complete list of these symbols here. I will use S&P 500 AD Percent ($SPXADP) for an example. The chart below shows daily values for AD Percent as a histogram in the top window. The second window shows the EMAs used in the McClellan Oscillator for reference (19-day EMA and 39-day EMA). The McClellan Oscillator is the difference between these EMAs and chartists can plot this difference by applying MACD to AD Percent, which is shown in the third window. MACD equals the fast EMA less the slow EMA. In this case, MACD(19,39,1) is the 19-day EMA less than 39-day EMA. The signal line is hidden because signal line EMA is set to "1". 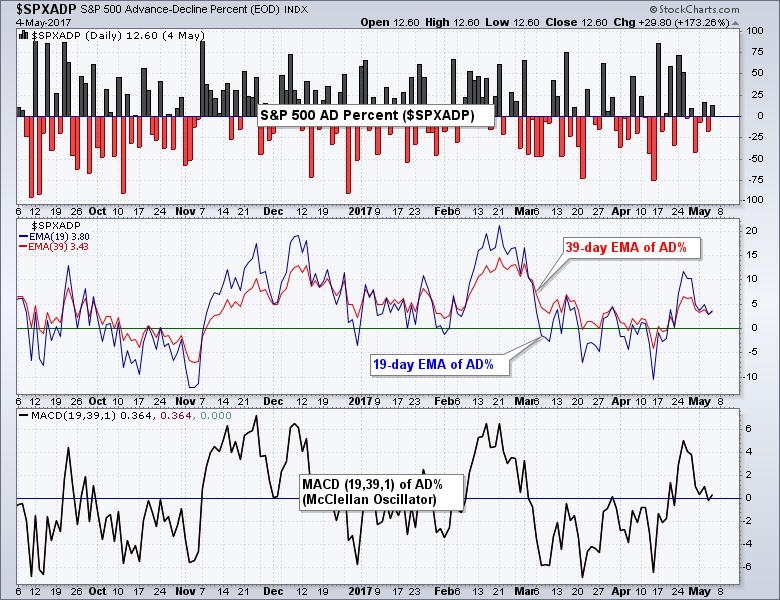 And...just to prove that this really is the McClellan Oscillator, the next chart shows MACD (19,39,1) of S&P 500 AD Percent ($SPXADP) in the upper window and the S&P 500 McClellan Oscillator (!MCOSIRSPX) in the lower window. The lines have the exact same shape and cross the zero line at the same time. The absolute values are different because of a decimal point difference. 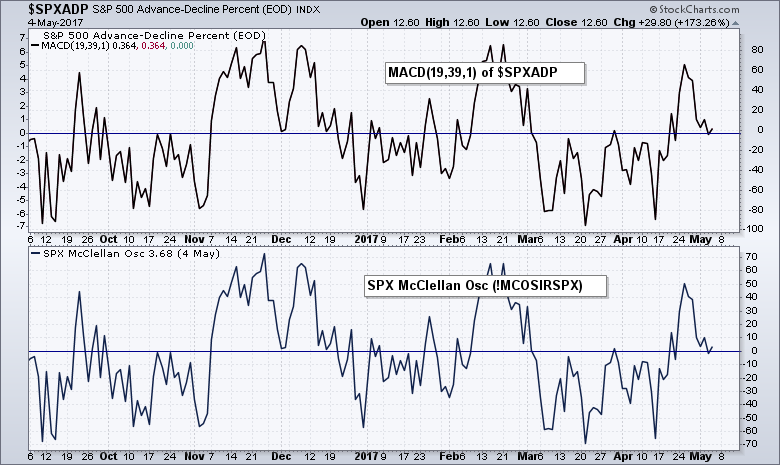 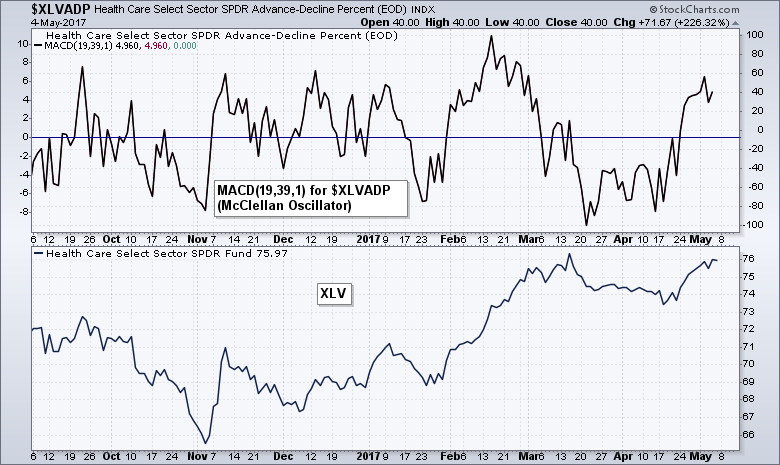