I hear talk that the yield curve is flattening and that this is a problem for the stock market. While it is true that the spread between the 10-yr T-Yield ($UST10Y) and 2-yr T-Yield ($UST2Y) is the lowest since 2007, the yield curve itself is by no means flat. The chart below shows the 10-yr yield in black and the 2-yr yield in red (top window). Notice that the 10-yr yield has been flat since 2012, and I mean really flat. Meanwhile, the 2-yr yield turned up in 2014 and moved to its highest level since 2008. 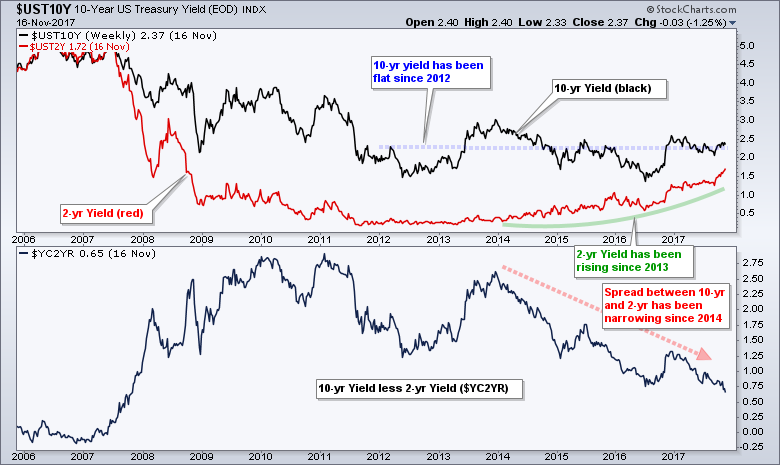 The bottom window shows the Yield Curve ($YC2YR) to track the spread between the 10-yr yield and the 2-yr yield. This spread fell from 2014 to 2017 as the difference between the two yields converged. Despite this decline, the difference remains positive and this means the yield curve is "normal", not flat. Banks would probably like to see this spread widen, but the yield curve is NOT a problem for the stock market right now, and certainly not for the biggest sector in the S&P 5oo (technology).

The next images come from the Dynamic Yield Curve. The actual yield curve is on the left and the S&P 500 is on the right. The red vertical line marks the date and level for the S&P 500 and the corresponding yield curve for that date is shown on the left. Yields are clearly at low levels overall, but there is an upward slope to the yield curve. In particular, yields rise as maturities extend and this is the way it should be. 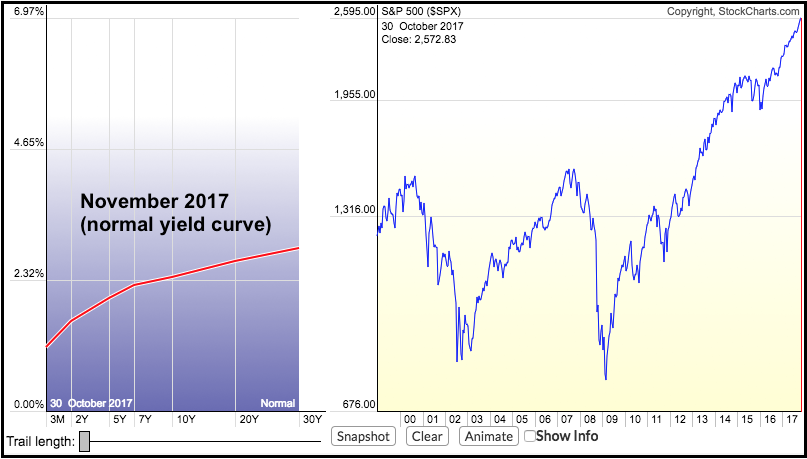 What does a flat yield curve look like anyway? We can change the date on the Dynamic Yield Curve by clicking a price point on the S&P 500 chart. The next charts show yield curves in March 2007 and March 2000. The S&P 500 was hitting new highs at the time, but the yield curve told a different story. The yield curve was clearly flat and this foreshadowed at peak in the stock market. 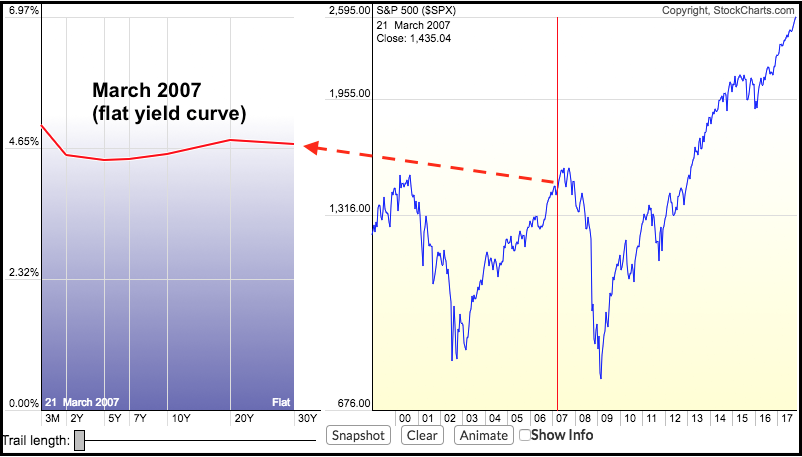 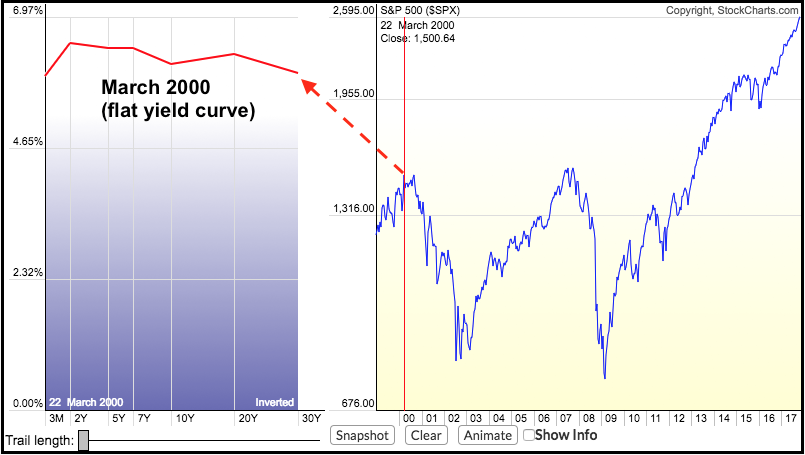 The time to be concerned is when the 2-yr yield is equal to or greater than the 10-yr yield and we are not anywhere near that point right now.