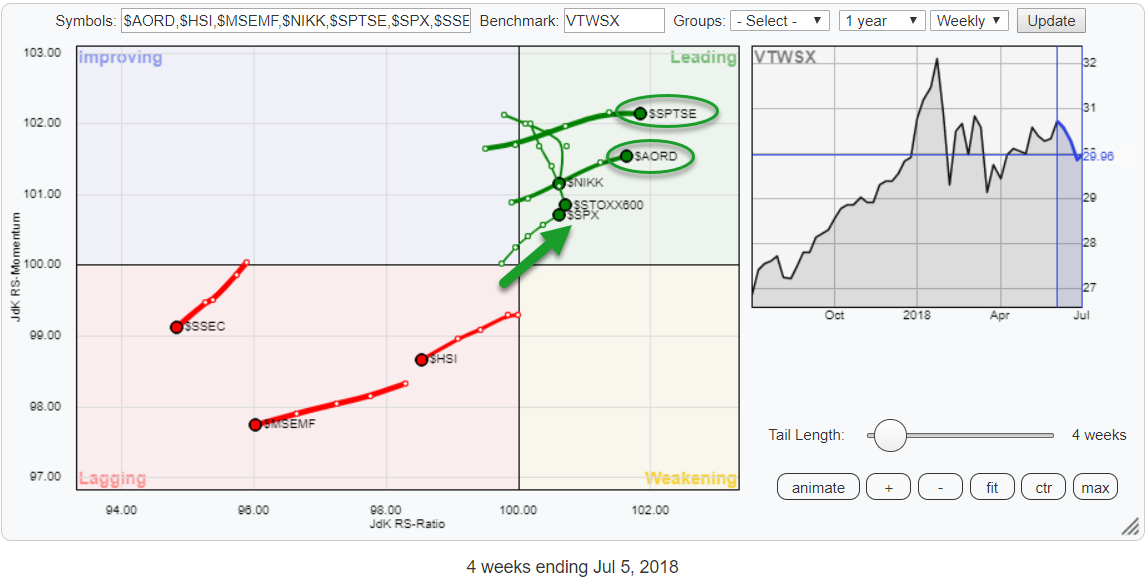 On the Relative Rotation Graph above I have grouped a selection of world equity market indices, mainly some big regions, and put them against the Vanguard Total World Stock Index (VTWSX) as the benchmark.

What immediately grabs our attention, or at least mine is the fact that this selection is clearly split between positive (Leading) and negative (Lagging).

The universe on the RRG is found in the table below

The three markets inside the lagging quadrant are in a very clear relative downtrend. They are all at a heading between 180-270 degrees, so falling on both axes.

The other three markets, on the other hand, are all pushing deeper into the leading quadrant. The S&P 500 rotated back into leading after a short rotation close to the benchmark.

$SPTSE and $AORD came in from a bigger rotation through improving and are now leading in this universe. Especially the Australian stock market $AORD is showing an interesting chart. 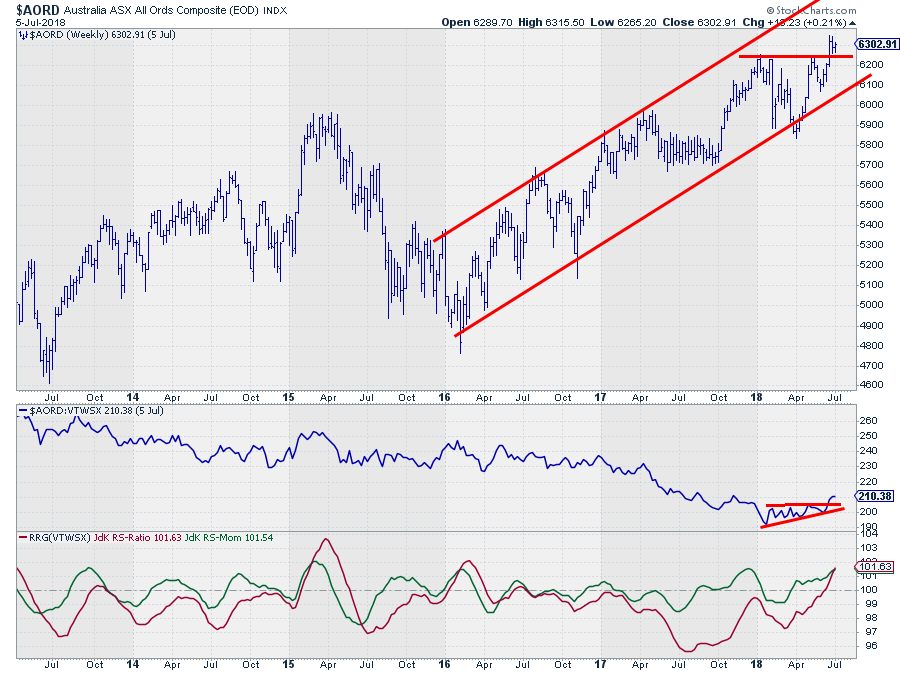 The $AORD index started a series of higher highs and higher lows out of the low that was set in early 2016. That rhythm is still intact and has just been confirmed again with the break to new highs above the resistance area around 6240.

This break confirmed the uptrend in price and opened up the way for a new leg higher targeting the upper boundary of the channel. With the former resistance around 6240 and the rising trendline coming in around 6100 as support levels, the downside is well protected.

From a relative perspective, Australia has underperformed the world index since the start of 2017 (while the price went up, so a good example of how rs can fall despite s rising price). Since the start of this year, a small ascending triangle had formed and completed last week with a break above the horizontal resistance at the top of that triangle.

This push in relative strength is now confirming the strength that is seen in the RRG-Lines for a while already.

Within this group of worldwide stock markets, Australia is showing a very attractive technical picture with the odds in favor of a further rise in both price and relative terms.