Facebook (FB) has been an internet and stock market leader for the last five years, but I believe the run is over.  Not only did FB report quarterly revenues that missed Wall Street consensus estimates for the first time in more than four years, but they also lowered future operating margins to the mid-30s% range.  Wall Street was expecting 44% and 45% for the next two years.  That type of operating margin reduction requires a steep discount in valuation and Wall Street is in the midst of revaluing FB.  While the deterioration in fundamentals resulted in a huge decline in stock price on massive volume, it looks as if the selling and distribution has just begun: 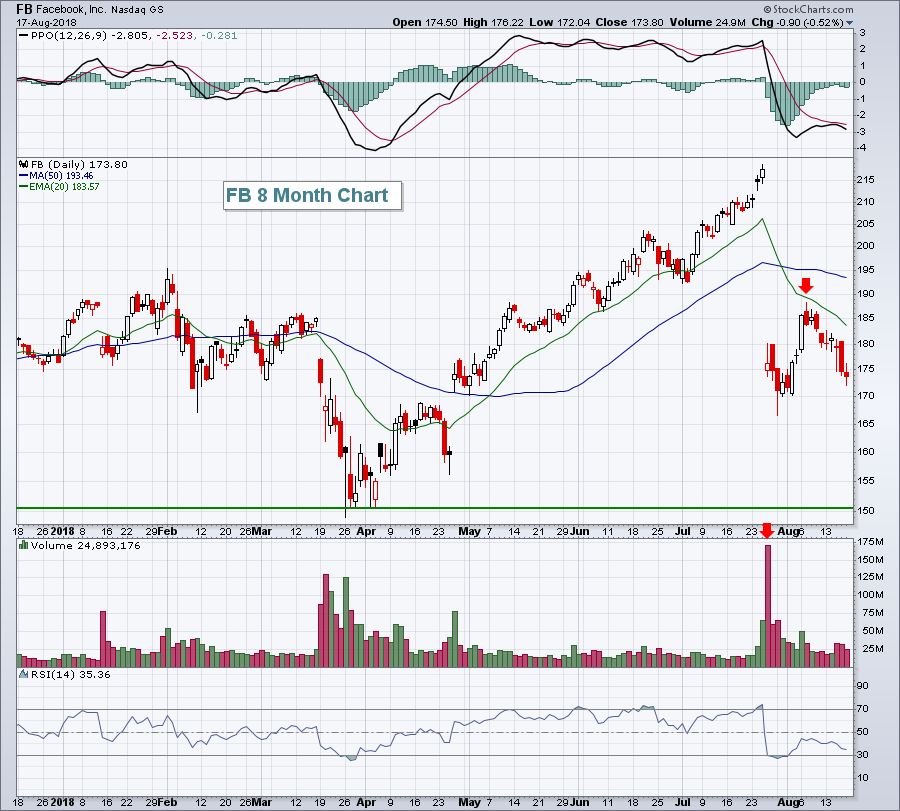 A change in character took place on FB's chart with its earnings debacle.  The trend higher reversed on extremely heavy volume.  The initial bounce off those lows failed at the now-declining 20 day EMA - a signal of bearish confirmation.  I expect to see the selling in FB accelerate once closing support at 170 is lost.  Look for the March low of 150 to be tested next.