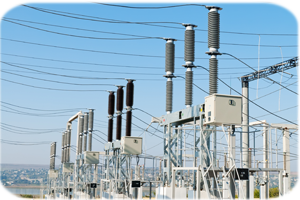 The first chart shows weekly bars over the last ten years. Prices are moving from the lower left to the upper right and there is clearly a long-term uptrend at work. The red lines show pullbacks within this uptrend, the longest of which was 32 weeks in 2015. 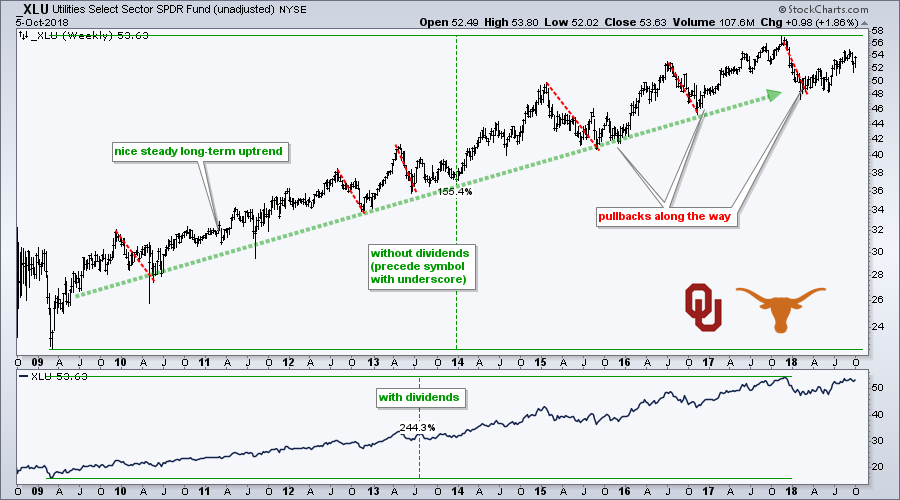 The top window shows XLU without the dividend adjustments (_XLU) and the bottom chart shows total return XLU (with dividends). From the March 2009 low to the November 2017 high, price appreciated 155%. The total return increases to 244% when we add in the dividends, which are clearly important.

The next chart shows unadjusted XLU (_XLU) with an uptrend since early February. There was a correction in May-June and a breakout in late July. A triangle in July and another breakout in early August. Most recently, XLU became short-term oversold as RSI moved below 30 in late September. This oversold condition gave way to a bounce as the ETF surged over 4% from this low. 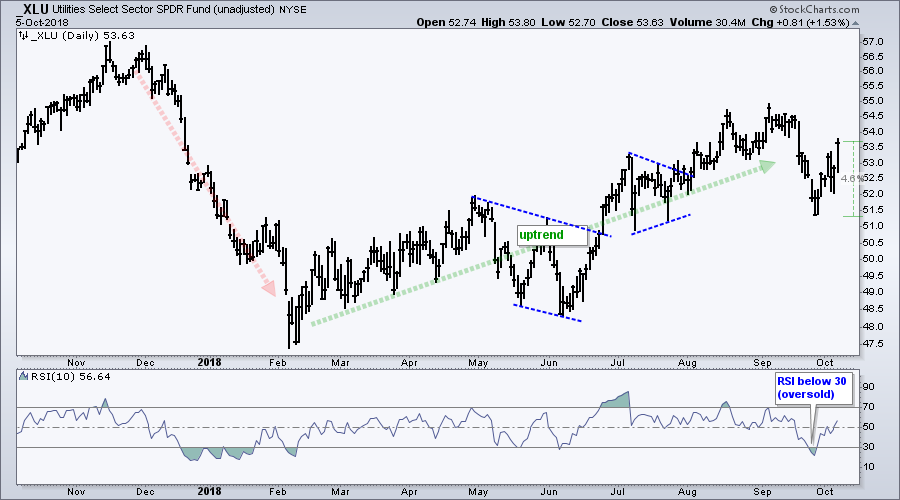 The Utilities SPDR is in an uptrend since February and one of the leading sectors over the last eight months. The recent oversold bounce is bullish and I would expect XLU to continue its uptrend in the coming days and weeks.