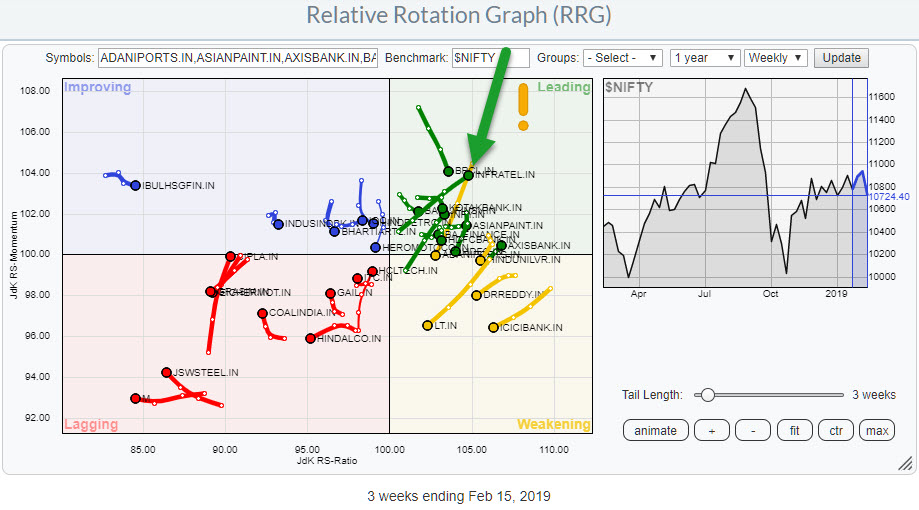 With more and more eyeballs looking at the Indian stock market and data for individual stocks and sectors becoming available on Stockcharts.com I started to keep an eye on developments in that market via Relative Rotation Graphs.

To make it easier (for you but also myself), the NIFTY 50 Index is added as a group to the drop-down selection box. This universe holds all the members of the NIFTY 50 index and uses that index, $NIFTY, as the benchmark.

Going forward we are planning to add pre-defined groups for Indian sectors as well as groups holding the components for each sector just like we have it for the US market.

Because this RRG is quite crowded with 50 (the max at Stockcharts.com) stocks on the canvas, use the highlight functionality and then browse/toggle through the universe of stocks for inspection of the tails and the rotational patterns.

You simply select one stock in the table below the RRG, this will highlight that stock on the canvas and dim all others. Then press the Control (Windows) or Command (Mac) keys and use the up-down arrow keys to walk through the universe of stocks.

The added advantage is that you can increase the tail length to inspect longer rotations.

Picking From The RRG 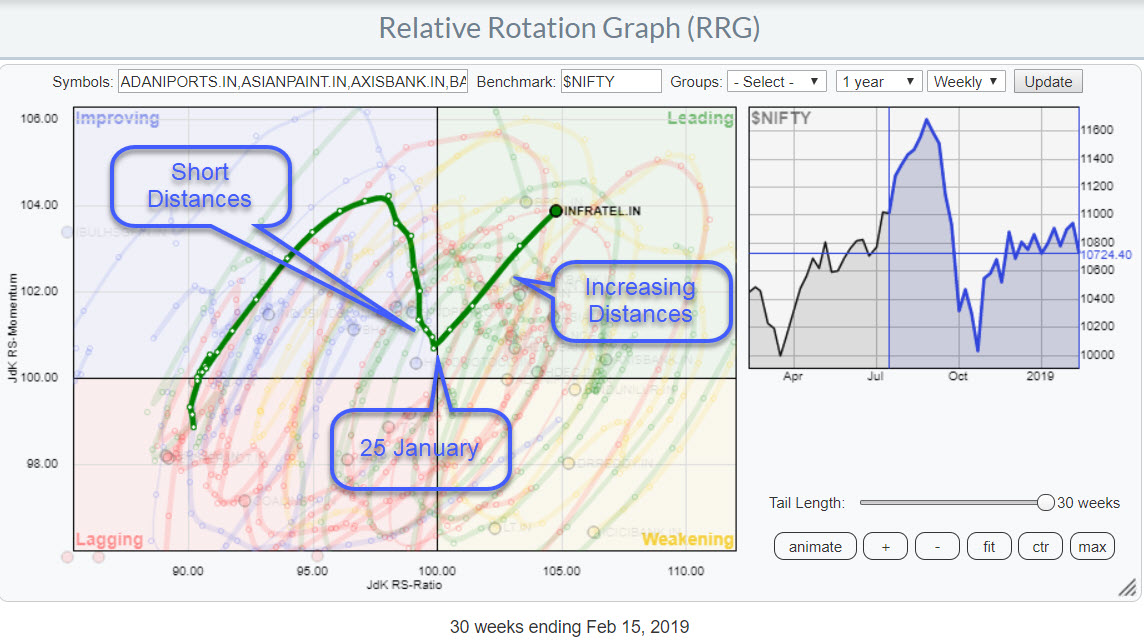 While browsing the RRG with NIFTY stocks, I noticed the strong RRG-heading of Infratel inside the leading quadrant. Additionally, the distances between the observations are increasing which indicates that the power behind the move (ROC) is strong.

In the RRG above which is based on weekly data, we see a sharp upward hook with the pivot on 25 January. To better understand what is happening in such cases it helps to bring up the RRG on a lower time-frame.

The image above shows the weekly and the daily rotation side by side with the arrows pointing to the pivot point on 25th January. On the daily RRG, the next lower time-frame from weekly, the rotational character is once again clearly visible.

The proof is in the pudding

Relative Rotation Graphs are great for filtering and selecting or monitoring the rotational aspects of various securities within a group against a common benchmark and against each other. They will greatly benefit you to get a situational awareness of what's going on around you. They provide the big picture in one picture.

However, IMHO, Relative Rotation Graphs provide only a piece of the puzzle and therefore I highly recommend using them in combination with other tools in your workflow. 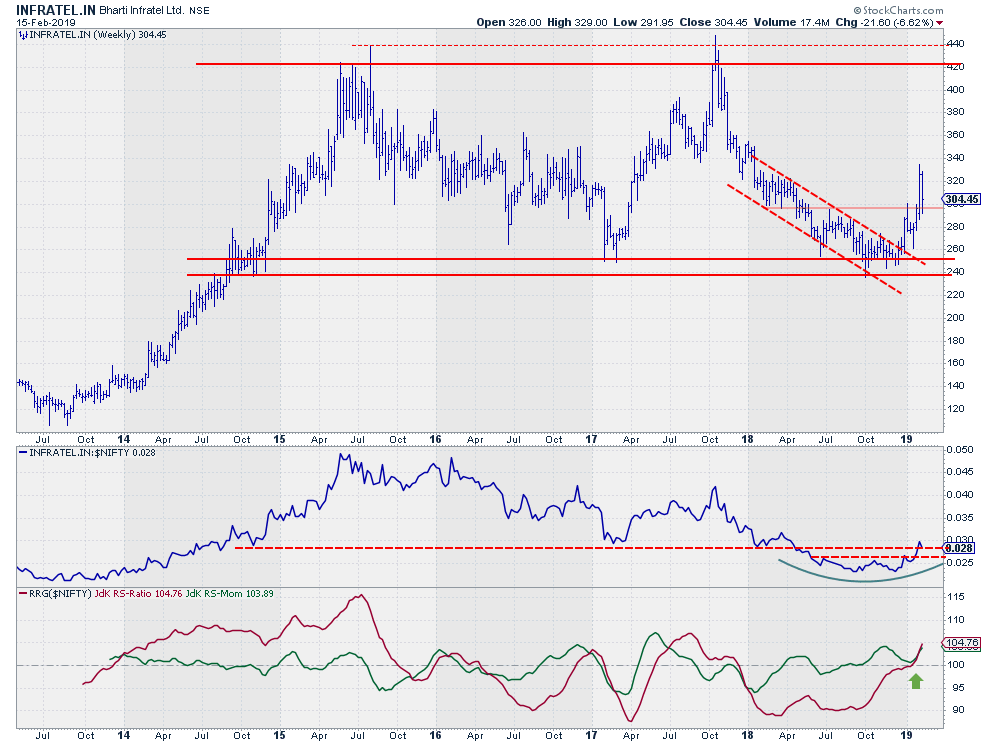 The most recent, major, low against the lower boundary of that range was set in October last year. The rally that emerged out of that low, broke out of the falling channel that characterized the chart since the start of 2018. Since that break, the start of a new series of higher highs and higher lows started to become visible and the first support level is marked near INR 300 which should now act as support after breaking that level as resistance a week ago.

The long-term trend in the RS-Line is still down, since early 2016. But just like the price trend, the swings are so wide that they are meaningful enough to pay attention to.

The most recent acceleration lower in RS started in October 2017 and came to rest in Q4-2018. Out of that plateau in relative strength, a new uptrend is emerging now. This up-move is confirmed by the RS-Line breaking above its own recent highs.

The RRG-Lines have now started to move higher in tandem and a continuation of this move seems likely.

In price terms, INR 340 is an intermediate resistance level on the way up but after that, the INR 420-440 area comes within reach again.