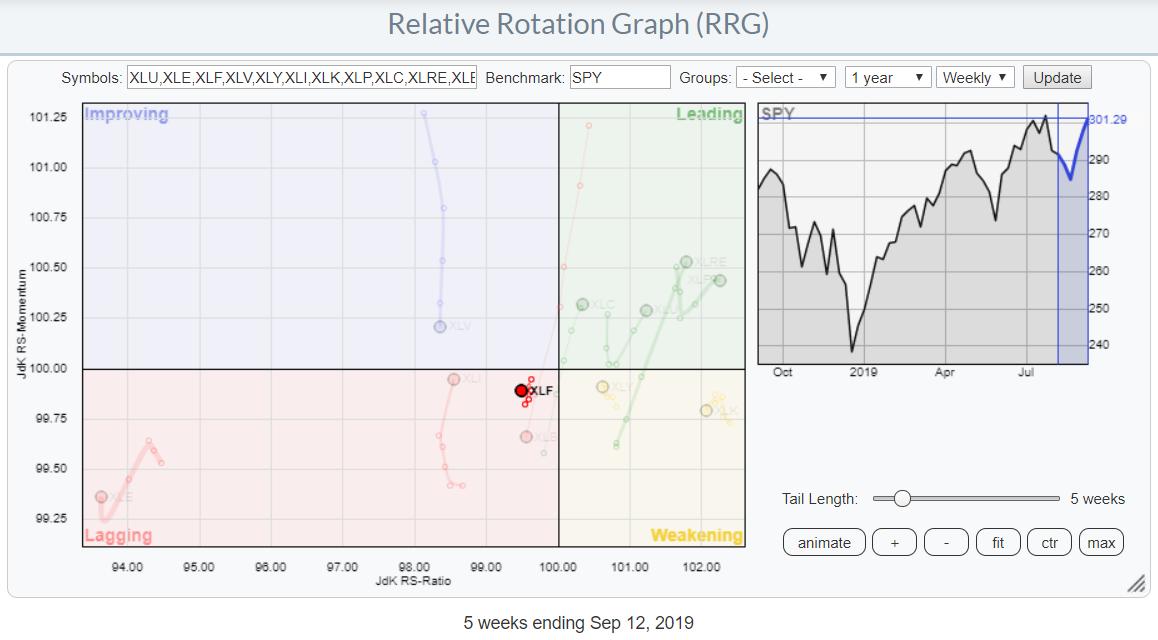 On the weekly Relative Rotation Graph for US sectors, the Financial sector is positioned just inside the lagging quadrant, very close to the benchmark (center of the chart). It arrived here after a nearly vertical drop from the improving quadrant after failing to rotate into leading.

During the last five weeks, the tail on XLF shrank to being one of the shortest on the plot, which means that the move (downward in this case) has stabilized and is in a position to turn around more easily.

From Weekly to Daily

To get a better grip on the rotational picture for Financials, we need to switch to the daily version of the RRG. 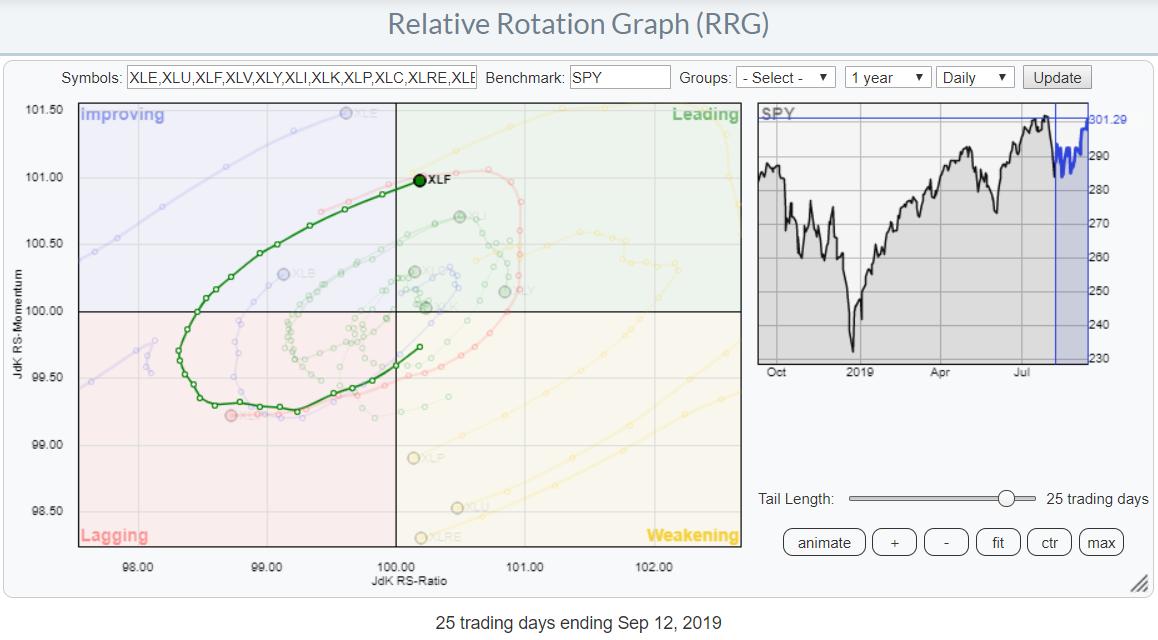 As you can see, the 25-day tail on the daily RRG above matches the 5-week tail on the weekly chart.

And Then To the Price Chart

As usual, the proof is in the pudding, which in our case is the price chart of XLF. 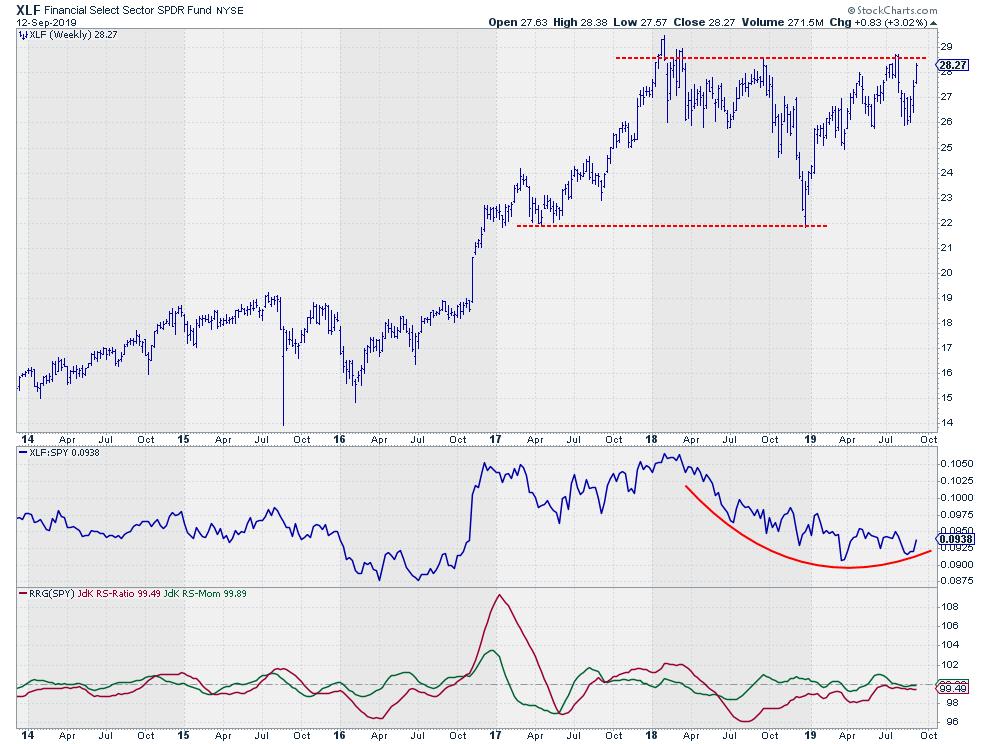 People who bought XLF at the start of 2018 and are still holding these positions are just about to break even. Since that time, the area between $28-29 has become a serious resistance level. As it represents a pretty major level, that area should be monitored closely in the coming weeks, as a breakthrough will very likely trigger an acceleration of the recent rally.

With improvements visible for the sector, it's always interesting to zoom in on the rotations of the individual stocks within said sector. The RRG below shows the rotations for the eight biggest stocks inside XLF. 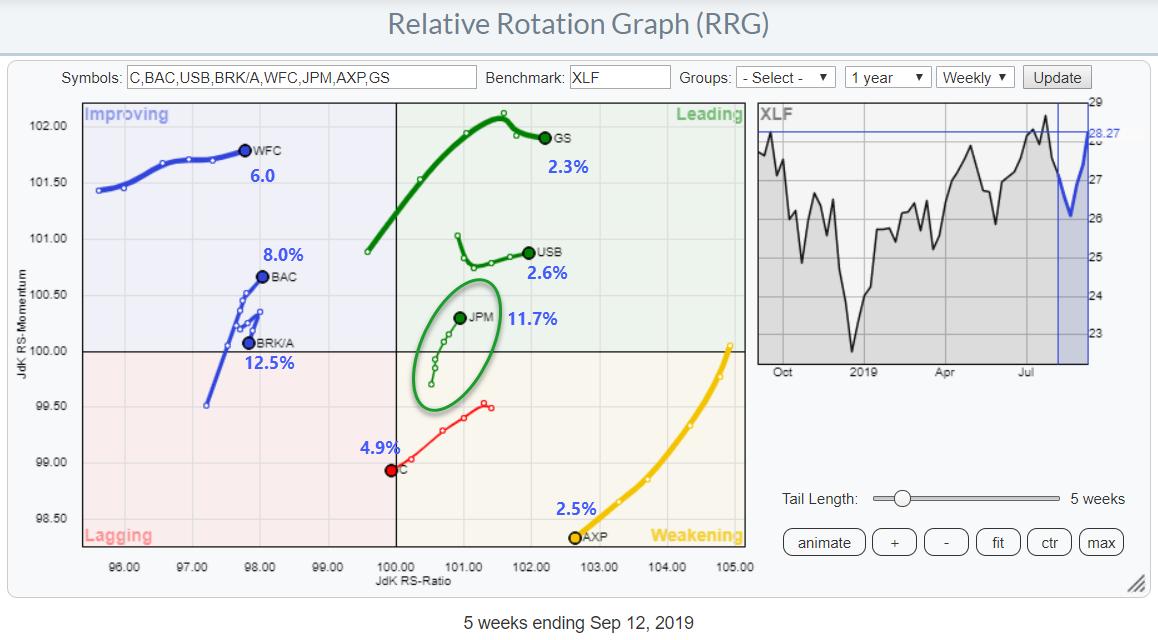 From this picture, we can immediately see that there are three stocks that should probably be avoided. These are BRK/A, which is inside the improving quadrant but rotating down and back into lagging; C, which is just entering the lagging quadrant; and finally AXP, which is inside weakening but rapidly deteriorating and rotating towards lagging at a negative RRG-Heading.

All other stocks on the plot are showing better tails and rotations. The one that interests me most at the moment is JPM. 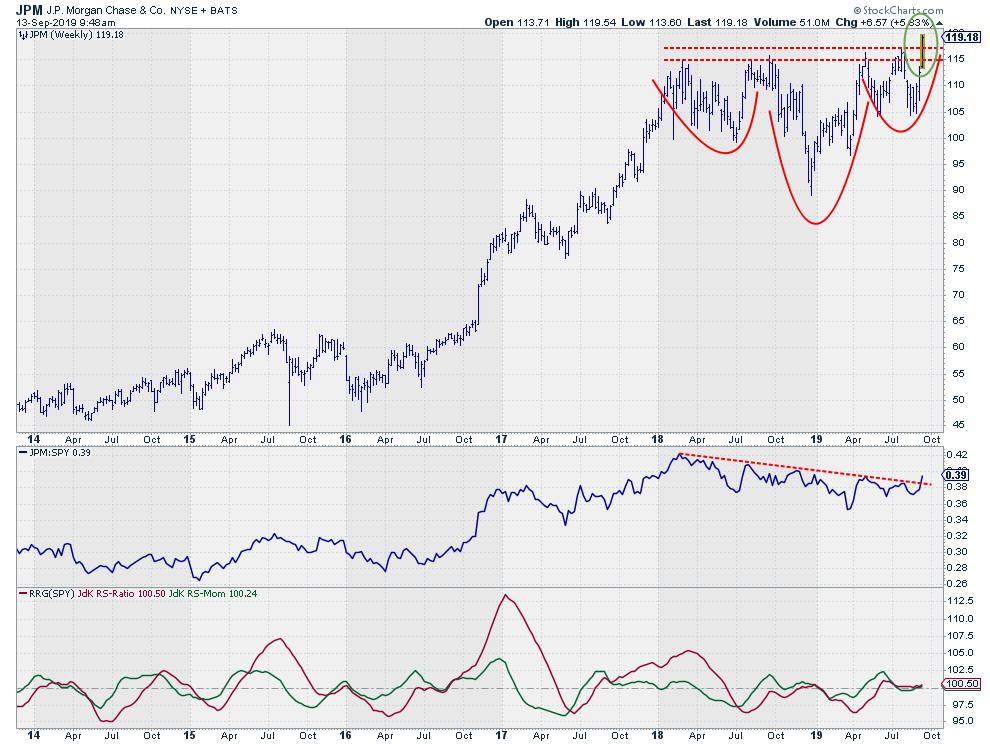 The weekly price chart only confirms the positive outlook for JPM. With only a couple of hours left before it completes the weekly bar currently in progress, JPM is now comfortable above its resistance area and breaking to new highs.

In combination with the strong relative (rotation) picture, it looks as if JPM is picking up a leadership role inside the financial sector.