Chart 1 shows the Invesco US Dollar Index Fund (UUP) falling this week to the lowest level in two months. Most of that drop has come against the Euro and British Pound. Chart 2 shows the British Pound rising to the highest level in five months. Chart 3 shows the Euro rising to the highest level in two months. Although the dollar fell against other currencies, the two European units account for nearly 70% of the direction of the UUP, and were two of the week's strongest currencies. Their recent gains are tied to renewed hope for a Brexit settlement between the UK and EU which was approved in Brussels this week. The real test, however, will come this weekend when the British Parliament votes on the issue. That Saturday vote should determine if this month's gains in the two currencies continues or falters. The same is true of their stock ETFs. 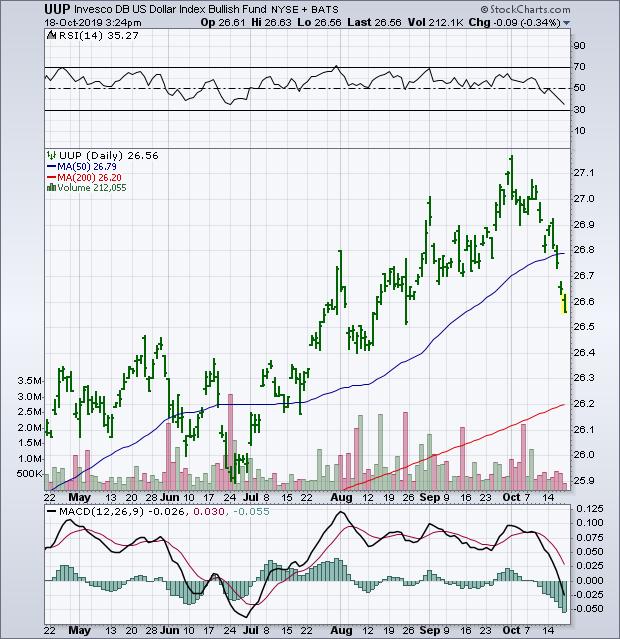 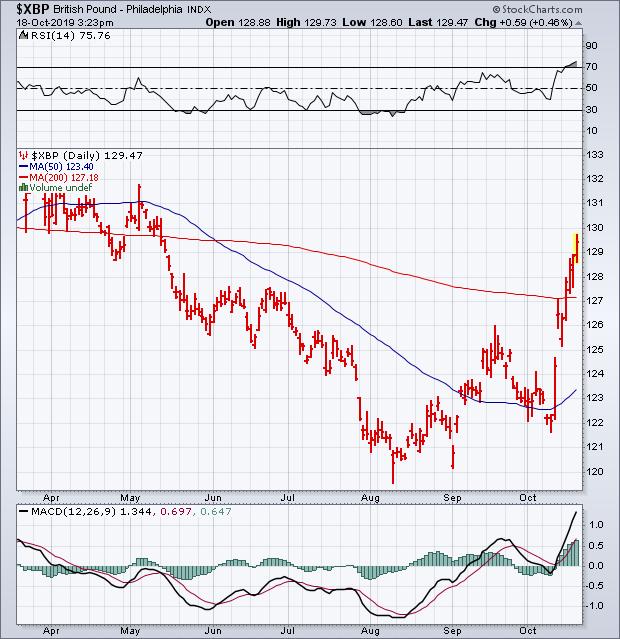 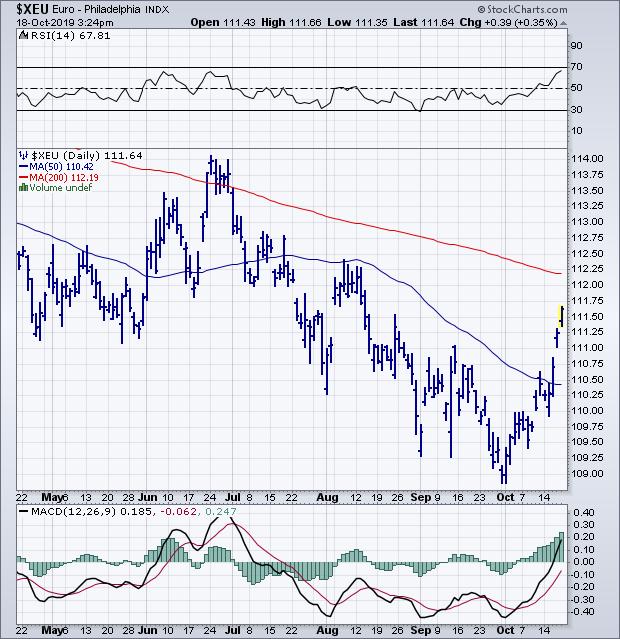