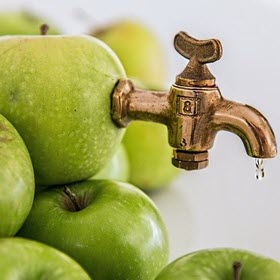 Several big tech stocks have consolidation patterns working the last few months and Bollinger Band squeezes in December. These include Apple, Amazon, Microsoft and Nvidia. Today's article will focus on the strongest of the four, and the one with a breakout working already. There is a video at the bottom.

A Bollinger Band squeeze occurs when the outer bands narrow and the Bandwidth indicator reaches relatively low levels. This squeeze signals a volatility contraction and theory suggests we should expect a volatility expansion. In other words, get ready for a break and a move. Once the squeeze is on, chartists can use a band break, chart pattern or support/resistance break for the first directional clue. 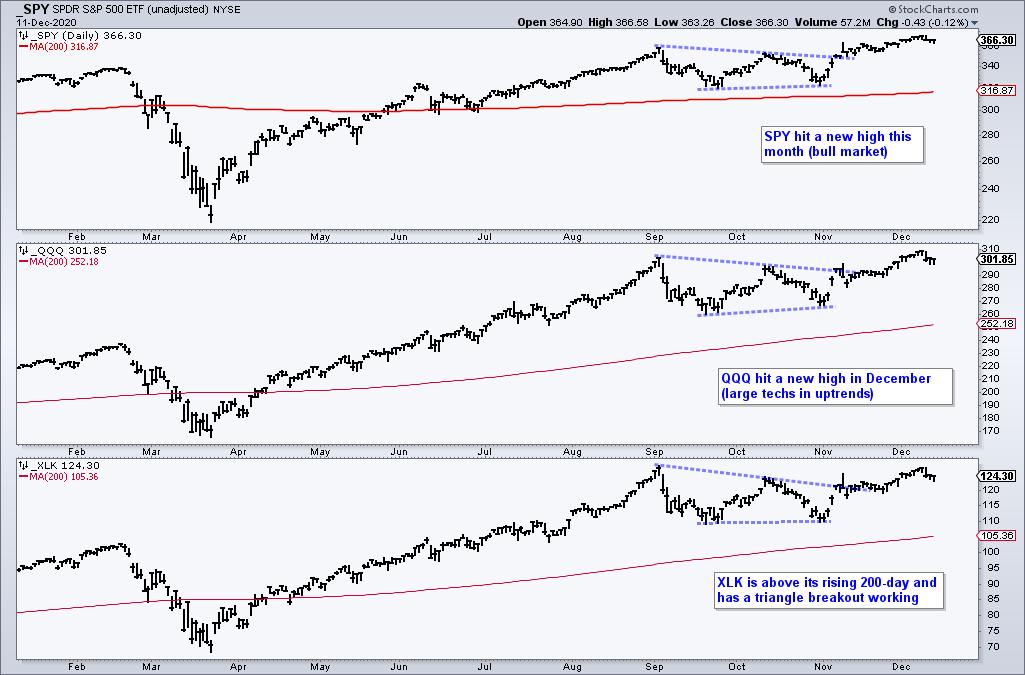 As far as a directional bias is concerned, I cue off the trend in the stock, the broad market environment and the sector trend. All four stocks are above their rising 200-day SMAs and all four recorded new highs in early September. We are in a bull market environment because SPY and QQQ hit new highs. And finally, the Technology SPDR is above its rising 200-day SMA and very close to a 52-week high. The bulk of the evidence is bullish and this leads me to expect a bullish resolution.

The chart below shows Apple (AAPL) with the Bollinger Bands narrowing in early December and Bandwidth dipping below 9 for the fourth time this year. As we can see in February, expectations are not always met because AAPL was above the rising 200-day SMA and broke the lower band anyway (red arrow). This break proved bearish and the stock fell into March. 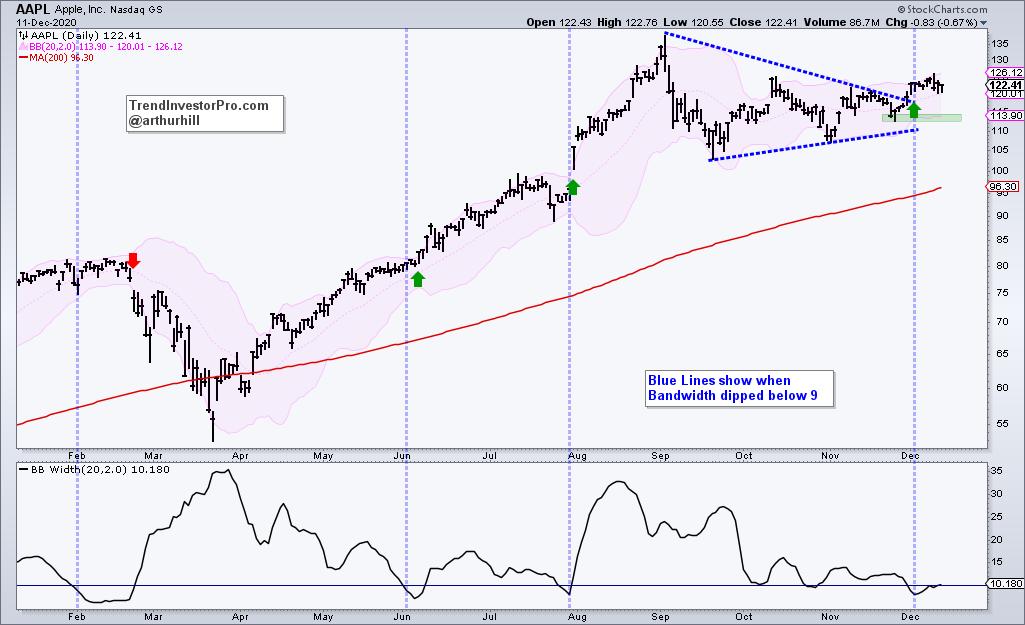 The next squeeze occurred in early June with the stock back near 52-week highs. Apple broke above the upper band a few days later and then walked up the line for several weeks (green arrow). This term, walk the line, comes from John Bollinger's book, Bollinger on Bollinger Bands. Another squeeze occurred in late July and Apple again broke out with another walk (run) up the upper band.

Flash forward to December and another volatility contraction materialized. We can also see this on the price chart with a big triangle. Apple broke out of the triangle just before the Bandwidth dip below 9 and broke above the upper band on the day bandwidth dipped below 9. Thus, a bullish signal is working for Apple. Chartist can watch the lower band and/or the late November low for signs of a breakout failure.

This week on TrendInvestorPro I produced a report and video on Finding Tradable Pullbacks within Bigger Uptrends. There is also the weekly ETF Trend, Pattern and Setup Report, the Market Timing Report on Fridays and weekend video putting it all together. Click here to sign up for immediate access to all this and more.