Two months stick out like bulls on the beach: April and November. These two were by far the strongest months in the last twenty years. Both were up 80% of the time (16 of 20 years) and the average monthly gains were above 2%. Elsewhere, May and December were also strong as both showed gains 70% of the time. 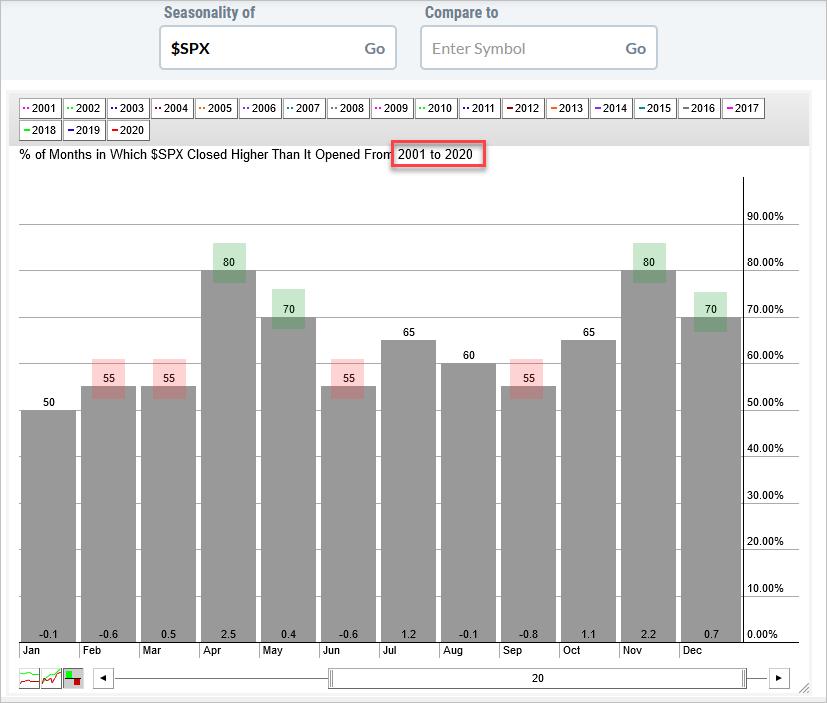 At this stage, I do not have June on my mind. However, looking out over the next three months, the seasonal patterns show a 50/50 chance for a correction of some sort in February and/or March. Such a correction could make for a great buying opportunity with April around the corner.

The price chart for SPY goes not confirm the seasonal pattern because the ETF hit a new high this week, as did QQQ and IWM. Thus, thoughts of a correction are on hold for now. With this week's big bounce, SPY established short-term support with the January lows. A break below these lows would show the most selling pressure since September and argue for a correction, especially with weak seasonality in February-March.

This week at TrendInvestorPro, I looked at seasonal patterns going back to 1950 and showed how these patterns can change by comparing two twenty year periods. I also looked at weekly seasonal patterns, the patterns for each month (beginning to end) and the first year after an election. Click here to subscribe and get immediate access to this report and more.