Two items are dominating the news narrative right now: the rise in interest rates and the decline in tech stocks. Are rising rates really an issue for tech stocks? The charts suggest that the evidence is mixed, at best. In fact, it is not very hard to find periods when tech stocks rose along with the 10-year Treasury yield. Let's check the evidence.

The chart below shows the 10-year Treasury Yield (black line) surging from .55% to 1.54% from early August to early March. It is a massive rise, but is it really a big deal? Before the covid plunge, the 10-year yield spent most of its time in the 1.5% to 4% range. Hardly a big deal. With the recent move above 1.5%, the 10-year yield is just getting back to the low end of its prior range. Give bonds a break. Just like the rest of us, bonds are trying to get back to their pre-covid routines. 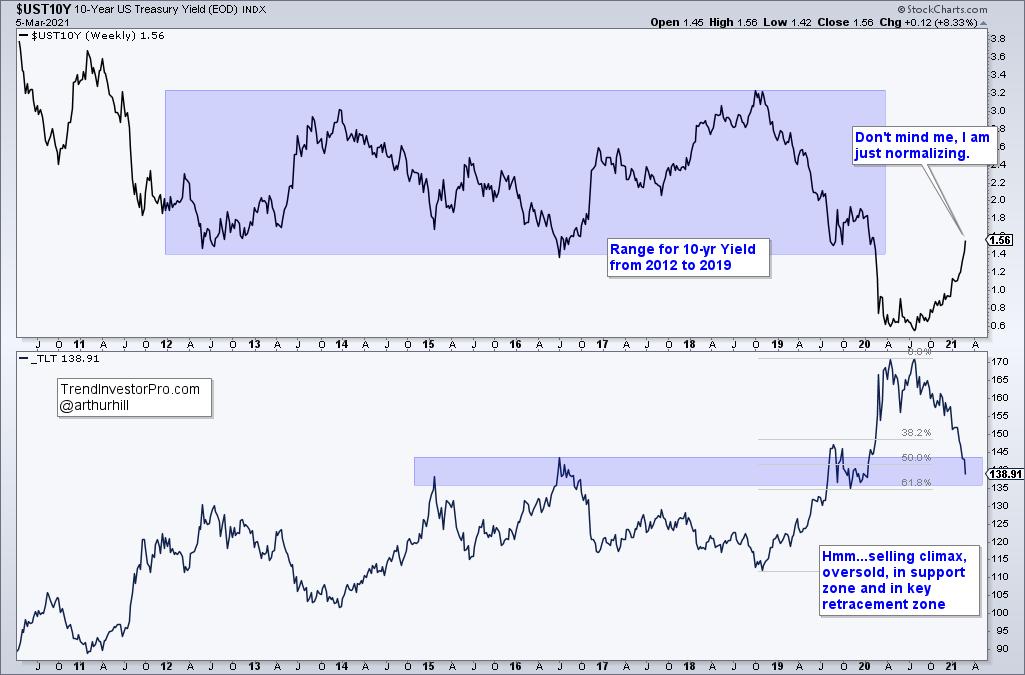 While we are on the subject of bonds, notice that the 20+ Yr Treasury Bond ETF (_TLT) experienced a selling climax over the last few weeks and is extremely oversold. Also note that price is trading in a big support zone and in the 50-61.8% retracement zone. This is a recipe for at least an oversold bounce. 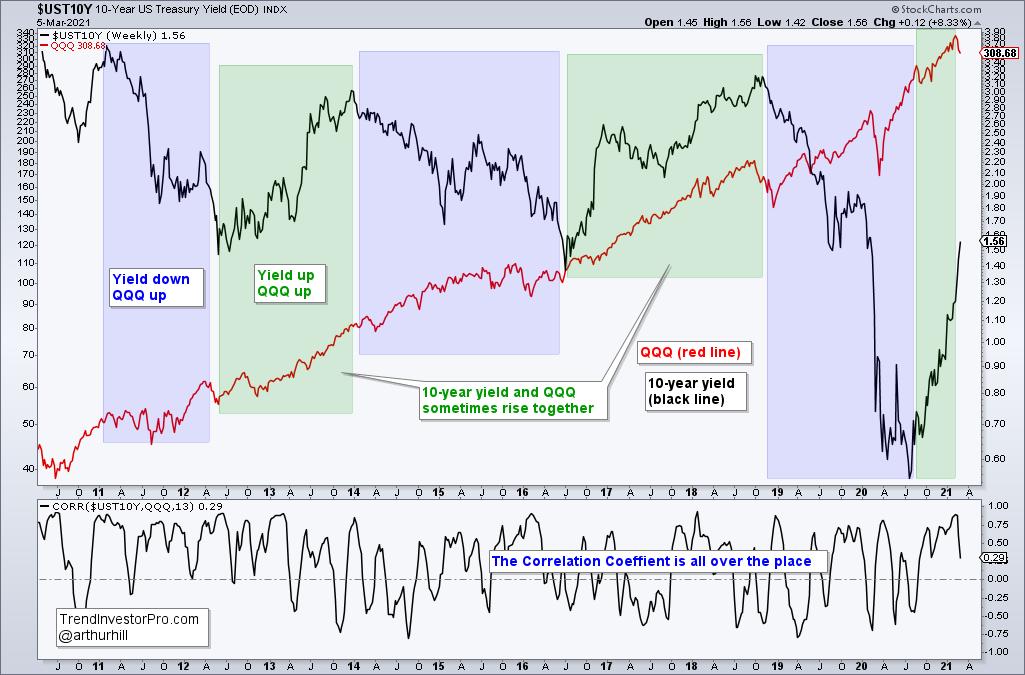 TrendInvestorPro.com specializes in objective analysis based on price action and a few key indicators. Each week we separate the leading ETFs from the lagging ETFs, highlight tradable patterns, suggest trailing stop techniques, scan for mean-reversion setups and update the broad market timing models. Click here to take your analysis to the next level!