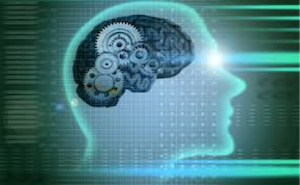 The first article on Know Thyself generated a lot of interest, so here is the second one.  Welcome to being human!  Do you really know that person you see while shaving or applying makeup?  If you are going to be a successful investor/trader, you better get to know him/her and know them really well – like the back of your hand.  As a human being, you were born with some unusual traits that most of us cannot override or rid ourselves of, such as keeping your eyes open when you sneeze or blinking periodically.  While these have nothing to do with the market, they do serve as a lead into the human frailties known as heuristics.  As an adjective, heuristic pertains to the process of gaining knowledge or some desired result by intelligent guesswork rather than by following some pre-established formula. As a noun, a heuristic is a specific rule-of-thumb or argument derived from experience.

We all have rules of thumb that we have employed over the years, whether knowingly or by habit.  In general, they can serve us very well.  However, when it comes to trading/investing, they can be the cause of not only frustration, but financial ruination.  Understanding them and knowing when they tend to surface can help you overcome them.  It is always better to be on the ground wishing you were in the air than being in the air wishing you were on the ground.  I’m going to present a few that I think are important to technical analysts along with examples as to why they are important.  Before I begin I have to be honest and tell you that I’m just going to ramble through a bunch of thoughts I have on the heuristics that I think are very important and that you should be aware of.  I include the person whose works I have read in case you want to pursue this further.  You can go on the internet and find more academic definitions and vastly more information; at the end I'll give you a couple of good websites and my favorite book on the subject.

Availability is a cognitive heuristic in which a decision maker relies upon knowledge that is readily available rather than examine other alternatives or procedures.  This leads to arguments like “smoking is not dangerous as my mother smoked two packs a day and lived to 90.”

"There are situations in which people assess the frequency of a class or the probability of an event by the ease with which instances or occurrences can be brought to mind. For example, one may assess the risk of heart attack among middle-aged people by recalling such occurrences among one's acquaintances. Similarly, one may evaluate the probability that a given business venture will fail by imagining various difficulties it could encounter. This judgmental heuristic is called availability. Availability is a useful clue for assessing frequency or probability, because instances of large classes are usually reached better and faster than instances of less frequent classes. However, availability is affected by factors other than frequency and probability. Consequently, the reliance on availability leads predictable biases." Amos Tversky and Daniel Kahneman

Calendar effects (sometimes less accurately described as ‘seasonal effects’) are cyclical anomalies in returns, where the cycle is based on the calendar. The most common calendar anomalies are the January effect and the weekend effect.  I’ve hit on these a number of times – everyone seems to forget that if something works 60% of the time, it means it does not work 40% of the time.

"Cognitive dissonance is the mental conflict that people experience when they are presented with evidence that their beliefs or assumptions are wrong." James Montier

The effect of simultaneously trying to believe two incompatible things at the same time. Tim Richards

Communal reinforcement is a social construction in which a strong belief is formed when a claim is repeatedly asserted by members of a community, rather than due to the existence of empirical evidence for the validity of the claim.   “Confirmation bias is the technical name for people's desire to find information that agrees with their existing view.” James Montier

“The disposition effect can be explained by arguing that investors are predisposed to holding losers too long and selling winners too early.” Hersh Shefrin

“Shefrin and Statman predicted that because people dislike incurring losses much more than they enjoy making gains, and people are willing to gamble in the domain of losses, investors will hold onto stocks that have lost value (relative to the reference point of their purchase) and will be eager to sell stocks that have risen in value. They called this the disposition effect.’” James Montier

"In prospect theory, loss aversion refers to the tendency for people to strongly prefer avoiding losses than acquiring gains. Some studies suggest that losses are as much as twice as psychologically powerful as gains. Loss aversion was first convincingly demonstrated by Amos Tversky and Daniel Kahneman.”

"The central assumption of the theory is that losses and disadvantages have greater impact on preferences than gains and advantages." Amos Tversky and Daniel Kahneman

I took some of this out of “Investing with the Trend,” Chapter 6, The Enemy in the Mirror.

The following is my attempt to tie some of these behavioral biases together and see how they flow from one to another and eventually into technical analysis techniques (underlined).  Many more heuristics are mentioned here than above, hopefully you’ll spend some time reading about them.

4 - Since anchoring is often associated with framing, here is a simple example of how framing can work.  I ask people how to pronounce the capitol of Kentucky, is it Lewisville, or Louieville?  I just framed the question.  I hear an even amount of both from the audience.  The correct answer is Frankfurt.  This is particularly interesting when I’m doing this while in Kentucky.

5 – Herding, disposition, confirmation bias, and representativeness can provide justification for trend following.  Information is not dispersed evenly across the investor universe, especially for illiquid assets or if the information has much uncertainty, which leads to under-reaction.  If investors are reluctant to take small losses then momentum is improved by the disposition effect.

6 - Herding leads to Trend analysis.  And finally, Overconfidence can lead to ruin.

The field of behavioral investing has grown significantly over the past twenty years.  I think this is because it offers some solutions to problems that modern finance previously could not address.   Trust me, any theory that begins with the assumption that investors are rational needs all the help it can get.

My absolute favorite book and one I bought for my adult children is James Montier’s “The Little Black Book of Behavioral Investing.”  The subtitle is “How Not to Be Your Own Worst Enemy.”  You can read this in an afternoon and you will be amazed at how many times you think he is talking directly to you.  I suggest reading it at least once a year.  Martin Sewell maintains a great behavioural finance site at http://www.behaviouralfinance.net/ and Tim Richards maintains the behavioral bias site at http://www.psyfitec.com/.  Be sure to navigate to his The A to Z of Behavioral Bias page.  Final test question: Of the two websites above, which one is British?

Take a good look at that person looking back at you in the mirror.  He/she could be your biggest enemy when it comes to investing.