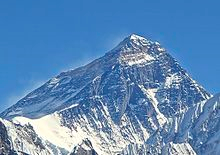 When I started in this business, most of my analysis was done with graph paper, colored pencils, and a very expensive red LED calculator (mid-1970s).  I subscribed to Barron’s and on Sunday afternoon would sit at my desk (which looked a lot like a kitchen table) and calculated various moving averages for the NYSE Index, the advance decline line (required a calculation of its own), and about 50 active stocks that I followed.  I would diligently plot them on graph paper as if they were to be preserved as future works of art.

The bookstores in the 1970s had a fairly scant section on Investing, and an even more scant section for Technical Analysis, if any.  I would imagine that this area had not changed much over the prior decades, especially with the “black art” tag so often put on Technical Analysis by the Wall Street crowd in the early years.  There was one financial television station (KWHY) out of Los Angeles that covered the financial markets prior to FNN’s (Financial News Network) beginnings in late 1981.  The quotes were displayed on an electro-mechanical board behind the announcers and it made a lot of noise as prices changed.  This was truly the cat’s meow.  In 1984, William O’Neil started Investor’s Daily, a newspaper loaded with charts and technical measures.  It is still around today, but known as Investor’s Business Daily.

FNN was fortunate to have John Bollinger as part of their lineup.  John was firmly into the technical analysis camp. Because of John, FNN showed a lot of charts and had frequent guests who supported the technical side of market analysis.  A real scare to us technicians came in 1991, when FNN was bought by NBC and a new consumer business news channel was born – CNBC.  Fortunately, CNBC kept a technical perspective in place with John Murphy.  However, in the mid-1990s Murphy’s air time was so drastically reduced that it was obvious network management did not see any value to having an on-air technical analyst.  Typical of bull market mindset.

Roll forward to today!  Currently, CNBC, Bloomberg, etc. cannot discuss a stock, future, or index without displaying a chart showing its price over various time frames.  I have often witnessed the television anchors drawing trendlines, or what they believe to be support and resistance lines, on the charts.  Almost every day there is a guest analyst who shows his technical interpretation of the markets.  My, how things have changed!

There are a number of significant advantages to technical analysis when compared to the more widely followed, and vastly more popular, fundamental analysis.  The main ideological purveyors of fundamental analysis are found in the academic arena (Efficient Market Hypothesis, Random Walk Theory, Modern Portfolio Theory, Capital Asset Pricing Model, etc.).  Most of these theories/techniques are concerned about the reduction of risk in portfolios.  While on one hand, followers of fundamental analysis will readily admit that a significant portion of a portfolio’s gain or loss is attributable to market performance, most of their work is directed towards a smaller percentage of the risk/return area, known as non-systematic risk. Non-systematic risk is often only responsible for 5-10% of a portfolio’s total return potential.  Of course, fundamental analysis and most of these academic theories pay most of their attention to that small portion of possible returns in the non-systematic arena.  All in all, they are ignoring the much larger portion, the portion that really counts -- the trend of the market.  That is the portion technical analysis deals with so well.

Yes, there are a handful of specialized disciplines that are associated with technical analysis that I often question. Yet even those disciplines still accomplish one of the true benefits of this approach – controlling human emotions.  If there was one single event during an investor’s decision-making process that will cause routinely poor decisions, it is the emotion associated with investing one’s hard earned money.  When an investor does not have a disciplined approach, he/she really doesn’t have a chance.

Technical analysis is here to stay and it is growing in popularity.  In fact, I believe it is paralleling Moore’s Law (1965), which said that technology (transistors on a circuit board) is doubling every 24 months.  While fundamental analysis makes people feel good because of its association with things we can easily identify with and have often heard about (earnings, dividends, strong managements, good products, etc.), technical analysis gives investors/analysts a much more direct way to close the gap between analysis and action.  When it gets right down to it, turning analysis into emotion-free action is what successful investing is all about.

“The best fundamental analysis in the world will never be any better than what the trend of the market will allow.”