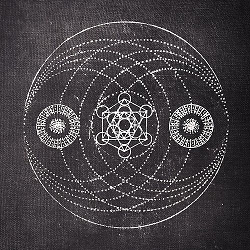 This is the second in a series with the first few paragraphs the same as the first one.  I am not sure why there are so many vague and totally subjective analysis techniques that have become part of technical analysis.  Probably because the main stream Wall Street and their marketing department, academic finance, does not follow technical analysis like they do the accepted rubbish from the ivory towers.  Early in this WHY series I tried to be convincing that technical analysis’ basic premise is the analysis of price; price that is determined in the auction marketplace.  See the first WHY Are So Many Esoteric Things Attached to Technical Analysis here.

As I have stated earlier (many times in fact) I believe technical analysis is much more art than science; the science part is more related to the process of research than the actual analysis.  A lot of esoteric analysis(?) has attached itself to technical analysis, probably because they involve numbers or charts. A few have reached an almost religious state among its followers.  Before moving forward with this section, I adamantly want to state that with technical analysis being essentially an art; then almost anything goes as long as the user is comfortable with it.  Bottom line is that if it works for you, go for it.  I guess the engineer in me wants to ensure the methods I use are based upon sound and reasonable principles and at most, don’t violate any principles of analysis that I believe in.  Isaac Asimov was one of my favorite authors, scientists, and researchers.  In an article entitled, The Relativity of Wrong, he used the curvature of the Earth to help explain how differences in perceived facts should be held.

Let me point out a couple more of my favorite esoteric processes that I for the life of me cannot understand why it is part of technical analysis; at least not the part that trades with real money.

Retracements - Many use the Fibonacci ratio for percentage retracements.  These retracements are generally derivations and powers of the expansion formula one plus the square root of five divided by two.  They are generated by looking at ratios of the supposed Fibonacci numbers themselves, such as dividing any number by the one that immediately follows it, which yields the popular 0.618.  The complement of that is 0.382 which can also be found by dividing any number in the series by the number two places later in the sequence.  0.236 is often used as it is created by dividing any number by the number that is three places later in the series.  I have often wondered where the 0.50 ratio came from; it is just the ratio of the second (1) and third (2) number in the series.  I’m not sure that this process could ever end.  Add to the Fibonacci retracements, those of Edson Gould which were 33% and 67%, and all of a sudden, with some percentage of error involved, you have covered almost 54% of the entire data being analyzed – a coin toss would be better. I could carry this further by added the retracement values of others; Gann comes to mind.  The bottom line is simply that with enough percentage retracements provided, one of them is bound to be close to a reversal point, however, you won’t know which one it is until you invoke hindsight.  And that would occur too late to make a real trade.  When someone pops up a chart that shows a retracement ensure they are mentioning at which level the retracement will occur.  Normally, you only see these charts after the fact.  Chart A is an example of what was discussed above; who can tell me where the retracement will occur? And the Fibonacci lines were drawn in late July (blue oval) so nothing has worked yet.  Thankfully, StockCharts.com does not include the 23.6% line; a number divided by a number three places higher. I attempted to draw it and it is the one not labeled.  Where will this end? And remember StockCharts.com is here to provide all the tools without bias; I’m here to hopefully make you think through some of the more esoteric “stuff” that has attached itself to technical analysis.  Remember, all real analysis is accomplished at the hard right edge of the chart. 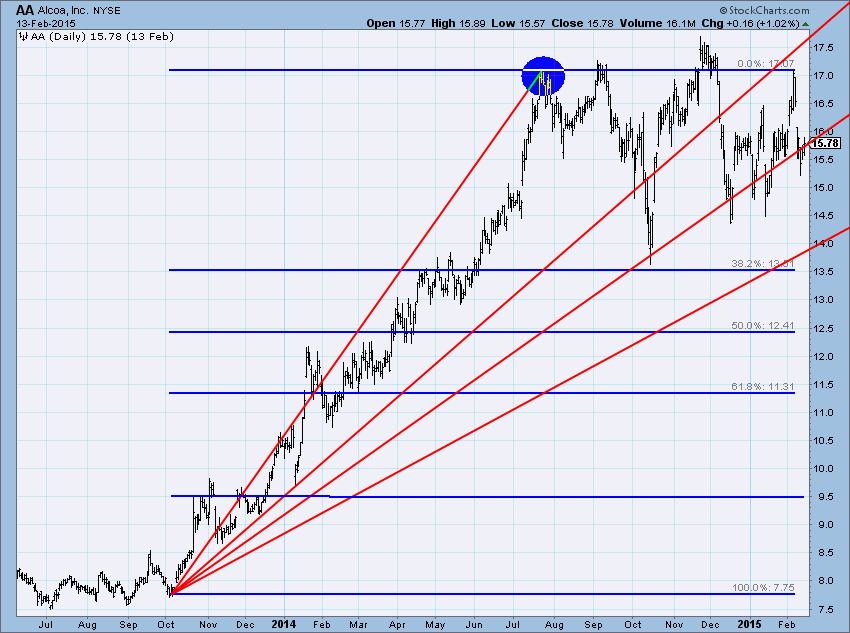 Analysis vs. Reporting - “Are you an investor or a story teller?”  Barry Ritholtz

I see hundreds of charts with analysis on the internet, newsletters, and many are sent to me for feedback.  More often than not, I see a beautiful example of the analyst unknowingly utilizing the remarkable and always correct technique of hindsight.  A beautiful chart with some indicators is presented and the analysis discusses the signals from the indicator or an obvious divergence between the prices and the indicator, but sadly all that took place a few weeks ago or more.  Identification of chart patterns, whether classical or candlestick, usually only occur sometime after they have matured and often too late to act upon.  Analysis is accomplished at the cold hard right-hand edge of the chart.  Reporting (synonymous with storytelling) is the analysis that is accomplished elsewhere on the chart.  Hindsight is great for observable information about how markets and techniques reacted in the past, but it never works for tomorrow.  See this article on Observable vs. Actionable Information.  Learn from the past, just don’t trade from it.