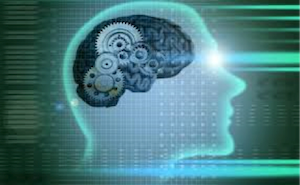 “We don’t mind risk but we hate uncertainty” Tim Richards

"People prefer the familiar to the unfamiliar" Hersh Shefrin

Great companies are great investments. People rely on rules of thumb. People see things the way they ought to be.

"The best explanation to date of the misperception of random sequences is offered by psychologists Daniel Kahneman and Amos Tversky, who attribute it to people’s tendency to be overly influenced by judgments of “representativeness.” Representativeness can be thought of as the reflexive tendency to assess the similarity of outcomes, instances, and categories on relatively salient and even superficial features, and then to use these assessments of similarity as a basis of judgment. People assume that “like goes with like”: Things that go together should look as though they go together. We expect instances to look like the categories of which they are members; thus, we expect someone who is a librarian to resemble the prototypical librarian. We expect effects to look like their causes; thus, we are more likely to attribute a case of heartburn to spicy rather than bland food, and we are more inclined to see jagged handwriting as a sign of a tense rather than a relaxed personality." Thomas Gilovich

The status quo bias is a cognitive bias for the status quo; in other words, people tend to be biased towards doing nothing or maintaining their current or previous decision.

“The example also illustrates what Samuelson and Zeckhauser (1988) call a status quo bias, a preference for the current state that biases the economist against both buying and selling his wine.” Richard Thaler

“One implication of loss aversion is that individuals have a strong tendency to remain at the status quo, because the disadvantages of leaving it loom larger than the advantages. Samuelson and Zeckhauser have demonstrated this effect, which they term the status quo bias.” Richard Thaler

“Both the status quo bias and the endowment effect are part of a more general issue known as loss aversion.” James Montier

"In predicting the future, people tend to get anchored by salient past events. Consequently, they underreact." Hersh Shefrin

One heuristic that I have made up is "Fear of being Wrong."  Pulling the trigger is probably the single most difficult part of being a techncial analyst.  You spend a great deal of time putting together a strategy, you test it, you set up rules to fill in the areas that the model doesn't address, and then what?  Maybe you paper trade it.  Many don't even open a brokerage account and try it with real money.  If they do, then pulling the trigger when the strategy/model gives a signal is the next most difficult thing.  Trust me, if you cannot pull the trigger (cannot follow your strategy/model), get someone to do it for you.

I believe in these four articles I have covered almost all of the cognitive biases that affect investors and traders.  There are many more, however, that you might enjoy reading about.  The two websites linked at the top of this article are the best I’ve found.  Enjoy!