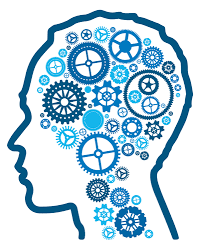 I’ve written before about heuristics and cognitive biases in my Know Thyself series from a couple of years ago.  Here I put together a list of them with short definitions and explanations.  That space between your ears is generally a horrible investment decision maker.

Anchoring Bias – Too often investors base decisions on the first piece of information they hear or see.  With the stock market, this is usually the price at which they bought a stock.  It is from that price most future decisions about what to do with it are based.  This helps explain why I prefer horizontal trend lines because they are based upon price.

Information Bias – This is the tendency to seek information when it does not affect action.  Too many believe that more information is better; generally, it is not. With less information you have a chance to make better decisions.  Seek quality information or just use technical analysis.

Recency – The most current information tends to make investors believe it is better and weigh it more heavily. Often investors will think the market will always look the way it looks today and make unwise decisions.

Survivorship Bias – An error that comes from focusing only on surviving examples causing investors to misjudge a situation. For instance, we might think that being a trend follower is easy because Greg never tells us about  those who have failed at trend following.

Confirmation Bias – Investors tend to only listen to information and talking heads that confirm their preconceptions.  Probably the reason it is difficult to have an intelligent conversation about Fibonacci time series and their relationship with the  markets.

No Risk Bias – Investors and traders love certainty even when it is counterproductive.  Trying to eliminate risk entirely means there is no chance of harm being caused.  And your investing success probably will fail or at least stall..

Availability Heuristic – Investors overestimate the importance of information that is available to them. One might argue that trend following is always successful because they know someone who was very successful at it.

Conservative Bias – When people favor prior evidence over new evidence or information that has emerged.  We know that people are often slow to accept that trend following works or that the Earth is an oblate spheroid.

Placebo Effect – When simply believing that something will have a certain effect on you, or the market causes it to have that effect.  Chart patterns are a good example as they often do not work.  We know about the research from giving people fake pills.

Outcome Bias – Judging a decision based upon the outcome rather than how exactly the decision was made in the moment.  Just because using Fibonacci analysis made you a lot of money does not mean it was a wise decision.

Clustering Illusion – This is the tendency to see patterns in random events.  It is key to various gambling fallacies, like the idea that red is more or less likely to turn up on a roulette wheel after a string of reds.  Similarly, if one flips a coin and it is heads 10 times in a row, many think the odds are it will be heads on the next flip.  Contrarians would expect the opposite.  Both are wrong, flipping a coin is not dependent on past action.

I have mentioned this book a number of times over the years, James Montier’s “Little Book of Behavioral Investing.”  I try to read it periodically.  You should also.  I have explained often when after 45+ years I became a rules-based trend follower; it is because it removes all these heuristics and biases; you just follow the model.