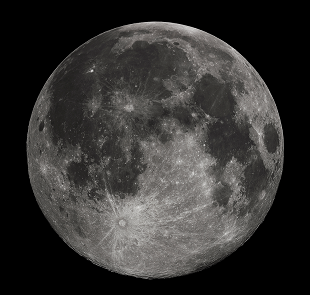 I put an image of the Moon on this article because we are approaching the 50-year anniversary of Neil Armstrong setting foot on the Moon - July 20, 1969.  I was between my sophomore and  junior year at the University of Texas majoring in Aerospace Engineering so was especially touched about this event.  If you have not seen the new Apollo 11 movie; I strongly suggest you see it.  It is not actors; it is actual video of the entire Apollo 11 trip from preparation until they are in a parade in NYC.  A little more on that at the end of this article.

"I know of no way of judging the future but by the past."  Patrick Henry

Warning:  I share passionate opinions in this article.  I am approaching 47 years as being actively involved in technical analysis; you can assume correctly that I have some strong opinions on things.  To be perfectly honest, those opinions have changed from time to time, but I do want to share them here.  Does this mean that I think I am correct and anything I question is wrong?  Not at all, most of technical and in particular, market analysis is arguable and controversial.  I just focus on what works for me.

What is technical analysis?  Books are filled with definitions and interpretations on technical analysis.  A significant part of technical analysis is the art of studying the past, attempting to identify a pattern or event that seems to represent or reflect the market being studied, and then believing that it will work with some certainty in the foreseeable future.

My definition for technical analysis and my adherence to using it comes from a belief that everyone needs something to believe in or rely upon.  I believe in technical analysis because of its close relationship to the supply and demand of the market.  Fundamental analysis, which is by far a more popular method of analysis, is generally flawed in that it does not address the issue of ‘when.'  When should I buy or when should I sell?  Researching the hundreds of different fundamental ratios is the full-time job of thousands of securities analysts.  However, think about this simple fact.  Almost all fundamental ratios involve price.  So why not analyze price?  Most forms of technical analysis do just that.

Is technical analysis the same as market timing?  Sometimes it is, sometimes it isn't.  Market timing has received a bad rap, especially by those who believe it is a process by some who blindly follow some over-optimized mechanical system without utilizing money management or an asset commitment plan.  In that regard, its bad rap is appropriate.  The analysis of risk and reward is not market timing in the sense that many think of when using that often misused term.  Determining when the market has too much risk is not market timing, but prudent and discretionary investment decision making.  Next time you hear a brokerage firm analyst mention that no one can time the market, or that technical analysis does not work, ask to see his/her record during the bear markets of 2000 – 2002 and 2007 – 2009.  Heck, he/she probably wasn't a stockbroker then anyway.  I hate it when I call salesmen stockbrokers.  They are not stockbrokers, as that is what the company they work for is called; they are salesmen for a stockbroker.  I feel better now.

I have a cassette tape that I received from Sedge Coppock, the founder of the San Antonio firm, Trendex.  This was in 1983 when I was heading a group of technical analysts in Dallas and wanted him to come up and speak to us.  He declined but sent a tape which was about thirty minutes in length in which he said how inept most investors were at controlling their emotions and that even worse than that was when they sought advice from a stockbroker.  Sedge did not hold stockbrokers in high regard.  I was fortunate to attend the Market Technician's Association annual seminar in Naples, FL in 1989 when Edwin Sedgwick Chittenden Coppock received their highest award, the MTA Annual Award.  He passed away the next year.

Another challenge to technical analysis is that of whether it is an art or a science.  I cannot believe anyone would seriously ask this, and suspect the question comes almost totally from the non-scientific or the innumerate among us.  I do believe that scientists, engineers, and mathematically inclined investors migrate toward technical analysis over time because of its ability to look back in history and see how supply and demand played out.  It is certainly a more analytical approach to market analysis.

Many claim that technical analysis is science.  My response is that the person making the claim is neither a scientist nor an engineer, and clearly doesn't know the difference between art and science.  Finance and economics are considered social sciences, which is a wide swath into the wrong direction.  Neither are science, they are arts.  You don't get a Bachelor of Science degree in them; you get a Bachelor of Arts degree.  Here's the difference between art and science.  Science is when you can reliably repeat something within predefined parameters.  For example, I know that at sea level, with the ambient temperature at 59 degrees Fahrenheit or 15 degrees Centigrade (59 – 32 = 27. 27 / 9 = 3. 3 x 5 = 15), and the atmospheric pressure is 29.92 inches or 1013 millibars that pure water H2O, in laboratory conditions will boil at 212 degrees Fahrenheit or 100 degrees Centigrade.  I'll bet a large sum of money on it.  I can't think of anything in finance, economics, or technical analysis in which I would do that.

Those who get excited and experience a warm feeling about the overused adjectives of quality, strong, healthy, etc. when wall street talks about investing in specific companies are surely the ones who think technical analysis is witchcraft.  Years ago when I used to be entertained by watching Wall Street Week, and was humored by the fundamental analysts who would talk endlessly about how they liked to pick good quality companies and hold onto them.  They then quickly point out the Ibbotson study that shows that equities have performed at about a 9+% annual rate for the last one hundred years.  Hogwash!  While the study is true, it is totally irrelevant as one does not have a one-hundred-year investment horizon, and is therefore not applicable to humans.  Most investors have a good twenty-year period in which to make their serious investments.  There were many, many twenty-year periods in the last one hundred years that resulted in negative or inadequate returns.  The most egregious example is if you had bought in 1929, you did not break even until 1954; twenty-five years later.  And guess what, getting even is not what investing is all about.

A good detective will tell you that some of the least reliable information comes from eyewitnesses. When people observe an event, it seems their background, education, and other influences unrelated to the observed event, color their perception of what occurred.  Most will also be influenced by what they hear from others.  This is also amplified by a number of individual studies done by behavior psychologists.  In a nutshell, they all agree that groups of people will tend to amplify the consensus view rather than challenge it.  A group's ability to focus on common knowledge and uncover anything new is commonplace.  Plus the fact that if someone in the group is acknowledged as an expert, their opinion can totally dominate the thinking for the group and can lead to what is known as the "herd" mentality.  Talk radio is a perfect example of this.

"The riskiest moment is when you are right.  That's when you're in the most trouble, because you tend to overstay the good decisions."  Peter Bernstein

I don't want to turn this into a science article, but I am adamant about correcting the proliferation of bad or incorrect information that exists in the financial markets and by showing you similar misconceptions that you may have believed before is the best way to get your attention.  In a previous articles there have been discussions about believable misinformation; if you found that you believed one or more of those misconceptions, then how many market-related ones do you also believe?

Technical analysis will let you deal with reality and keep you from falling victim every time the financial news offers their expert opinion on why the markets did today what they did.  I remember when the Indonesian earthquake tidal waves killed thousands of people, but you could not begin to know how many during the initial broadcasts.  Most news sources were stating guesses anywhere from 15,000 to well over 150,000.  Many news sources cannot even keep the number consistent within their own articles.  Do you think they can also tell you why the markets did what they did on a daily basis?  Stick to technical analysis, it will increase your understanding of the markets, if only by the fact that you are uncovering information about market behavior.

Here are some comments on technical analysis that I read over 45 years ago in "The Commodities Futures Game" by Richard Teweles, and believe to be just as valid today.  Almost all methods of technical analysis generate useful information, which if used for nothing more than uncovering and organizing facts about market behavior will increase the investor's understanding of the markets.  The investor is made painfully aware that technical competence does not ensure competent investing.  Speculators who lose money do so not always because of bad analysis, but because of the inability to transform their analysis into sound practice.  Bridging the gap between analysis and action requires overcoming the threat of greed, hope, and fear.

Technical analysis is the art of analysis that will keep your emotions from being a part of your investment decision-making.  While not infallible, it certainly gives you the tools to do so.  It will also assist you in overcoming the human traits of ignorance and bliss.  Ignorance is an intellectual state and appears to be chronic in many people as regards to the stock market.  Bliss is an emotional state and it characterizes many investors as long as the market is going up.  Deluded by emotions, one cannot begin to be successful in the investing arena without some means of controlling greed, fear, and hope.  This is what I think technical analysis does best.

Closing Comment: I was at the Univ. of Texas in Austin majoring in Aerospace Engineering 50 years ago and very much interested in the Apollo program. On Saturday (7/20), it will be 50 years since Neil Armstrong and Buzz Aldrin walked on the moon. Richard Nixon had a speech prepared in case the lunar ascent engine failed. This link will show you that speech.

Fortunately the speech wasn't needed. Another thing that was not widely known is that Armstrong had to take control of the lunar lander manually to avoid a crater and bolder field.  When he finally set it down on the moon's surface, they had 16 seconds worth of fuel remaining. And I have to add; he was a Navy fighter pilot.