Just a quick note here to look at the University of Michigan Consumer Sentiment chart. It has been reported that Consumer Sentiment improved this month, and that it is near last year's high; however, in the historical context it is only midway its 35-year range. This is notable considering that the stock market has been rallying since the 2009 low and making all-time highs for almost two years. Generally, the trend for sentiment has been positive since 2009, but it has a way to go before it could be considered robust. 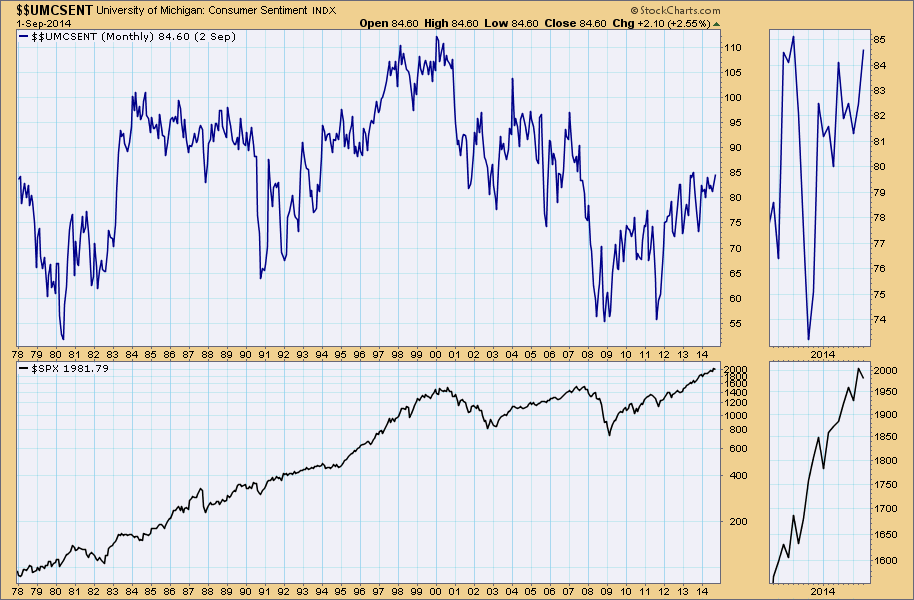 These monthly announcements in the media are never accompanied by a long-term chart, and we don't know how a person is supposed to get the proper context with just the numbers.